BlackBerry has announced that it will close the consumer version of its popular BlackBerry Messenger application (BBM) by Thursday, May 31. Before that date, users should download photos, videos, and shared files because those files will not be available in June.

The list of alternative messaging applications has lost Facebook Messenger and WebSab, although both have powerful features, but a recent report revealed that Mark Zuckerberg, Facebook's chief executive, owner of both applications, wants to allow Wattasab, Instagram and Facebook Messenger send messages to each other. Although the above mentioned messaging services are currently separate entities.

On the surface, the idea seems to be good, it connects users from all three platforms to each other, but when you think carefully, you'll find that user privacy is expensive, especially since Wattab messages are currently encrypted, while Messenger and Instagram does not.

How will Facebook connect between the three platforms and what level of protection and privacy will be provided to users? So if security is the basic feature you are looking for in Messaging, avoid Wattab, Facebook Messenger.

Following the release of the consumer version of BBM, BlackBerry announced that the BBM Enterprise version will be available for personal use for a subscription fee.

There will be versions of the BBMe application for Android, iOS, Windows and MacOS. The service will be free for new users during the first year and then there will be a subscription fee of $ 2.49 every six months.

BBMe includes all of the BBM features that users have loved over the past few years, including, but not limited to, voice, video, and file sharing, as well as end-to-end encryption.

The app is available in the Google Play Store and iTunes. 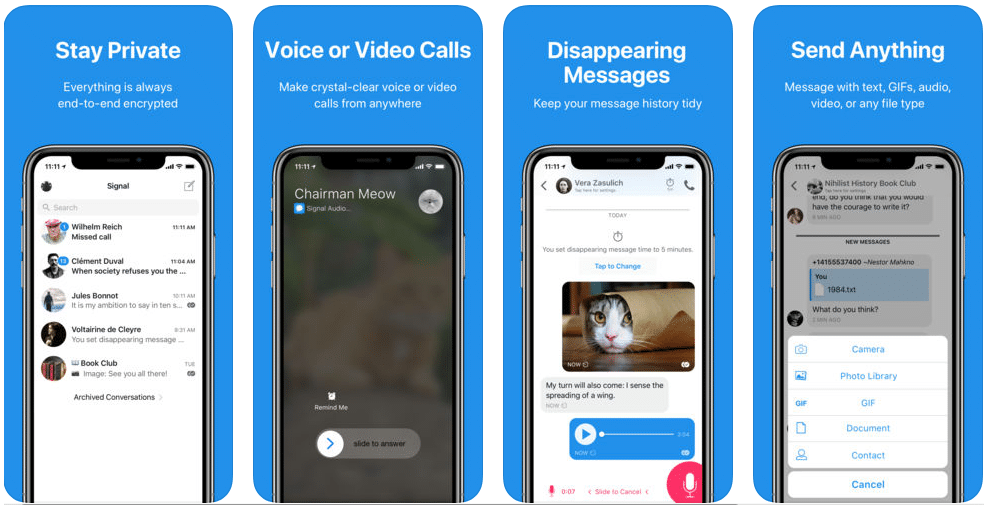 The Signal application is an excellent alternative to the BBM application for those seeking privacy and security, and is the most secure application among all other messaging applications owned by Open Whisper Systems., It is also an application recommended by Edward Snowden, a famous defense lawyer and former employee of the US National Security Agency.

Signal is the most secure application due to the use of a protocol called "Signal Protocol" to provide end-to-end encryption for voice, video and instant messaging conversations.

The application also lets you create encrypted groups so you can have private, secure conversations with all your friends at once.

3. Application of the Telegram:

The application also supports encrypted conversations, and for those who want maximum privacy, the application supports a feature called Secret Chats, which self-destruct messages on both computers. This way, you can send all kinds of content safely, including messages, photos, videos and even files.

You can send files of any type (doc, zip, mp3 etc) without any restrictions as to their type and size, and the possibility of creating groups of up to 200 thousand people.

The application also allows you to create Bots to perform specific tasks. The service also requires a registration phone number, but does not share your number with the contacts. 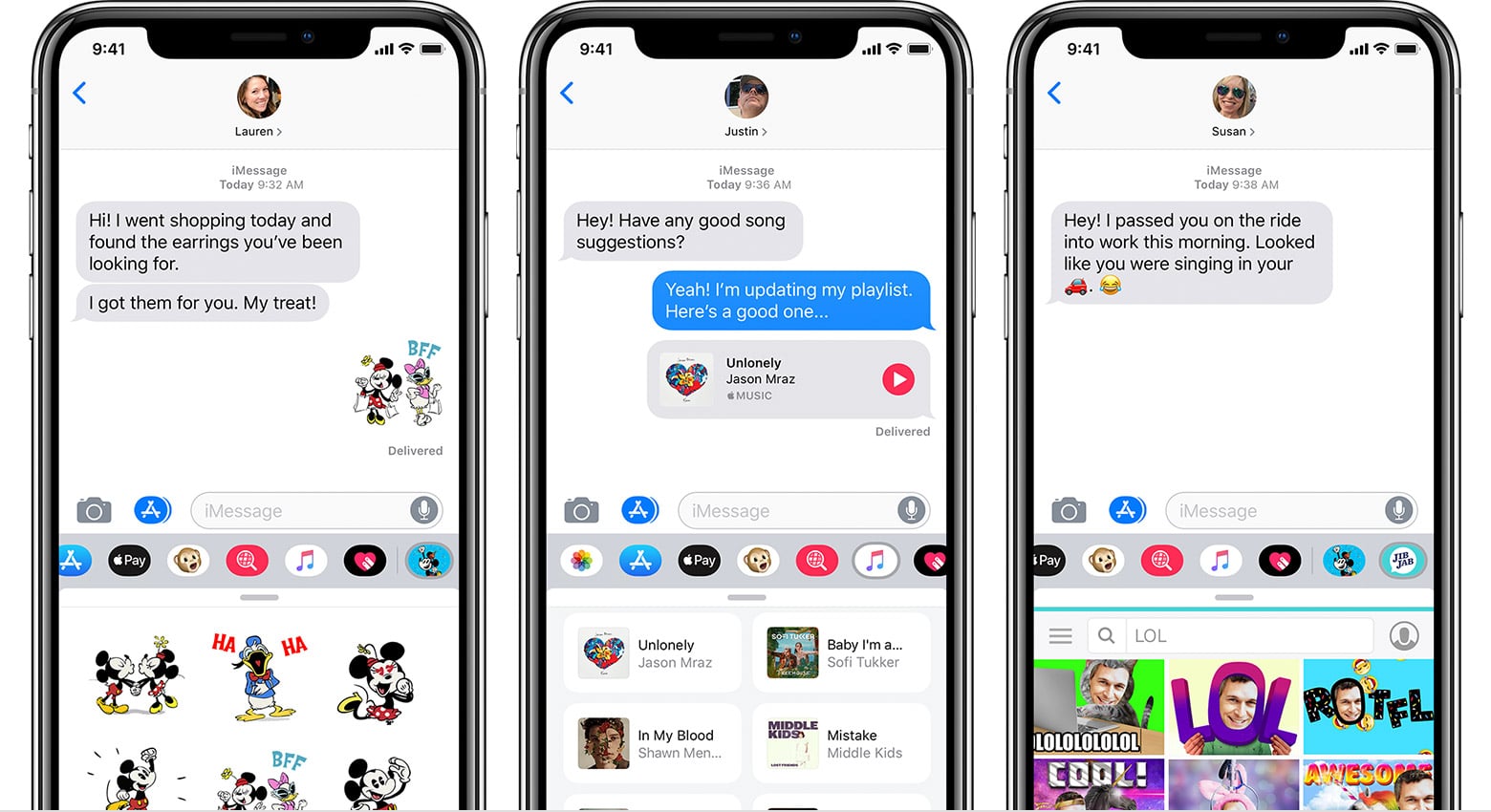 Apple's iMessage messaging platform is easy to use as long as you're using an Apple product To get the most out of iMessage, you need not just an Apple device, but also the people you talk to.

If you rely on Apple more than any third-party messaging developer, iMessage is the right choice for you. It delivers end-to-end encryption, and with iMessage and FaceTime applications integrated with Apple devices, you can enjoy security, privacy and many features Not offered by competing messaging applications. 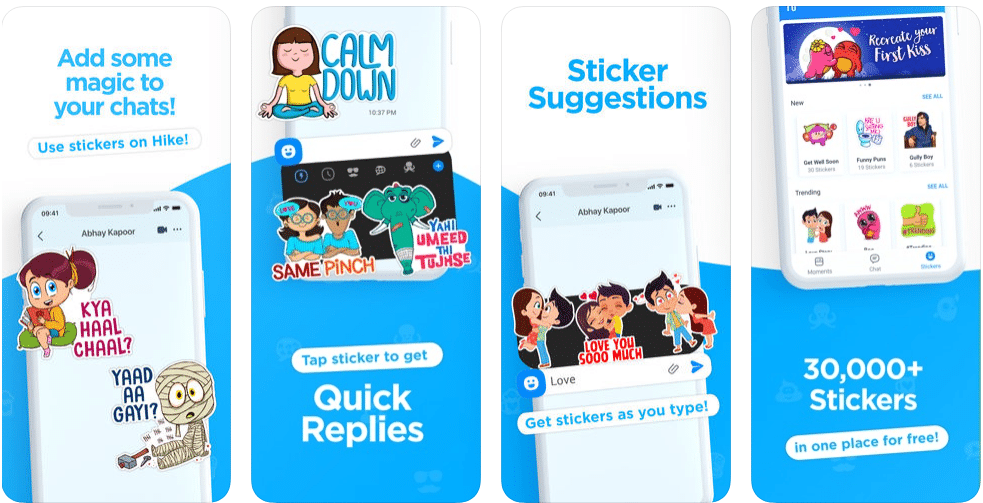 Walking is a good alternative to the BBM app, which has recently gained widespread popularity protection for its users, controlling who knows when you first opened the app, who can view your account picture and their stories. It supports the hidden mode that allows you to secretly hide and access chats with your password.

With the app, you can create groups of up to 1000 members, stay in touch with all of them, share large videos and uncompressed photos, and files of any type (DOC, MP3, ZIP, etc.).

The application also supports Timeline & Stories, which lets you capture the best of your daily moments and share them with your favorite friends.

Hike also offers more than 20,000 stickers and 11 chat themes to change the style of conversation according to different sensations. File sharing can send videos, photos, music, to 100 MB.