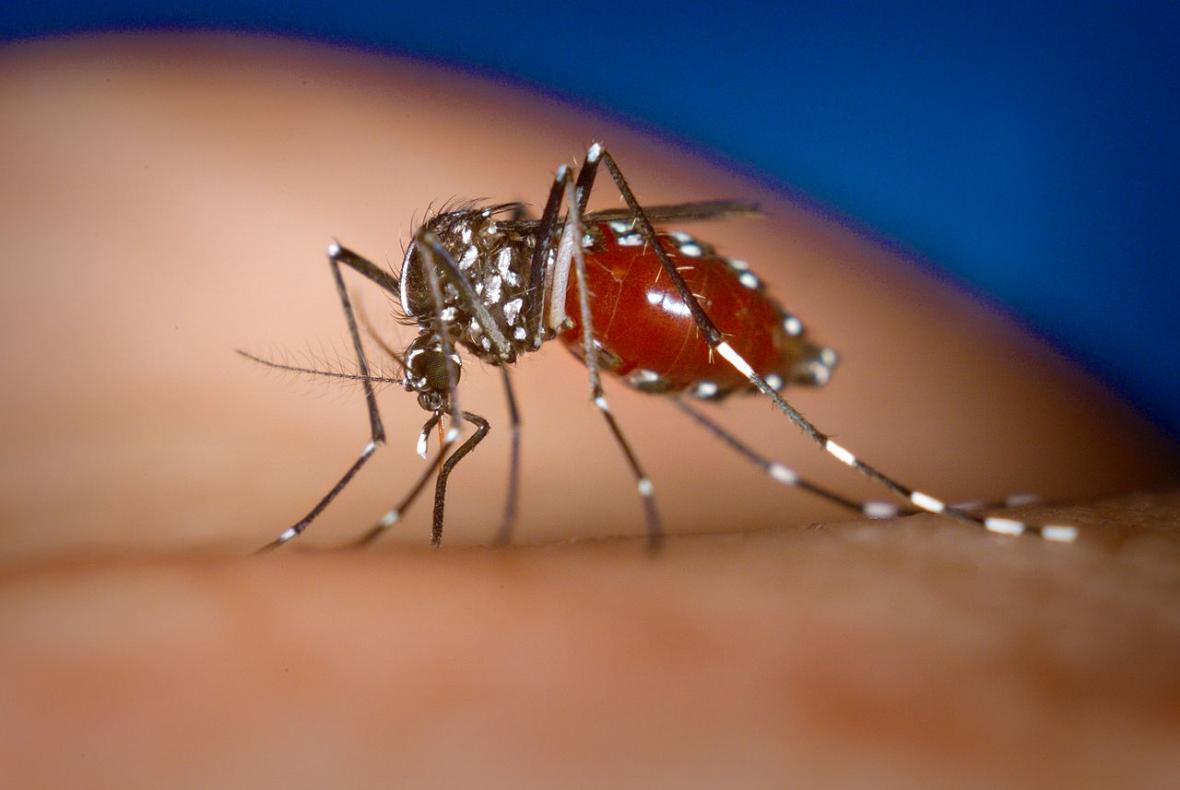 Each individual of this type of mosquito is not necessarily carrying any of these viruses, only happens when sucking the blood of an infected person, mainly outside of Europe. Since the first appearance of a tiger mosquito fifteen years ago, authorities recorded 22 cases of dengue infection and 31 cases of chikungunya virus infection in France.

The tiger mosquito rarely appears in the Břeclav region of South Moravia since 2012. And it is in the same territory that several diseases considered exotic also appear. This exceptionally warm territory has been associated, for example, with malaria for a long period of time. The source of this disease was just mosquitoes – according to its most common place of call was called hodonka. It was in Hodonín and its environs that it was the most widespread, carried by mosquitoes of the genus Anopheles; mainly affected the poorest strata of the population and generally had only a mild stroke.

Another exotic disease that has appeared in Moravia is West Nile Fever. This was confirmed in the results of 2015 and 2016. Although the Czech Republic has not yet known a case where the disease was transferred from a mosquito to a human, this risk, according to experts, exists. So far, there is no vaccination or follow-up treatment against West Nile fever. The disease causes serious consequences and can also result in death of the infected person.

Scientists have discovered mosquitoes infected with this virus in southern Moravia in the past. "But it is not excluded that they occur in other parts of the country," said Oldřich Šebesta, an epidemiologist at Brno's Regional Hygiene Station. The virus isolated in the mosquito of the genus Culex modestus, which occurs mainly in ponds, but can also adapt to urban conditions.

"It's a thing of a decade that West Nile fever can occur in our country," said Hana Zelena, head of the National Reference Laboratory for Arbovirus last year.

West Nile fever was probably brought to the Czech Republic by migratory birds from Saharan Africa. The mosquitoes were also infected with them. "Meanwhile, in the Czech Republic, we do not know from the case that the West Nile fever passed from mosquito to man. But there is a risk and everyone should buy a quality repellent, "said Šebesta. Epidemiologists from Southern Moravia have in the past discovered West Nile fever in mosquitoes during regular inspections. "You can not say exactly how many can be. Maybe some percent of the total amount of mosquitoes, "said Sebesta.

What the future will bring

Researchers at Bayreuth, Germany, and the European Center for Disease Prevention and Control in Stockholm have described how climate change can affect some of these diseases. They were dedicated to the Chikungunya virus – if the global warming rate of the world increased, the disease would routinely enter southern Europe and the United States.

The chikungunya virus (read by the cocoon) was described in the middle of the 20th century in Tanzania and Uganda. The natives named him after his speeches – in the Maconde language, he means "walking bent." It is caused by arboviruses of the aphavir family; Its manifestations include fever, joint pain, head and muscles. There is no cure for this disease, so only the symptoms, especially the fever, are treated. It is transmitted by two types of mosquitoes – the tiger mosquito and the tropical mosquito. Climate change helps to spread them to places where they have never lived before.