Kares admits the end of XFN. Debts promise to pay and are already preparing a new tournament

The XFN was in financial trouble earlier this year, the departure of Karlos Vémola and other fighters culminated in a power struggle between the real owners Petr Kareš and Jan Brčák (through the Amira Group, which belongs to his wife Hana Vidrmanová).

Fans and fighters of the XFN will probably only remember. And because of debts and unpaid tickets – for example, an O2 arena canceled tournament – is not in good shape.

The gala evening scheduled for June 7 was canceled by the arena itself. "Although we have made every effort, no authorized representative of the promoter of BEST RATING, sro has notified the operator of O2 arena so far … The owner of O2 arena has taken action to rescind the lease at the XFN event, says Martina Kučerová. , spokesman for the O2 arena.

However, the XFN had promised to return to the tournament, but failed to advance before the financial conditions of Mach Muradov and Patrick Kincl fighters who would compete together (more here).

In an interview for iDNES.cz in April, Petr Kareš explained the malfunction as follows: "In 2018, we invested money in the creation of a league with a European dimension. Then the project began to disintegrate. We rushed too far with European expansion, the financial costs were greater than what we managed to win. "

He planned to "save" the organization, became the owner of two thirds after the purchase of the participation of Josef Juránek (payment deferred for the purchase). However, in the words of Kares, the situation is blocked by the inactivity of Jan Draslar, the managing director, and Jan Brcak, the minority owner, which led to the announced end.

"The team was disbanded and their activities ended. No other tournament is planned by the organization. Among other things, XFN's commitments include 1,310 unreimbursed tickets and 12 unpaid fighters, Kareš says on Facebook.

The circumstances of recent weeks show that Kareš does not want to leave the martial arts. On June 27, Prague Fight Night will be held in Prague. Tomáš Rosenberger, as the representative of the main Czech investor PFN for sport.cz, confirmed speculation that Kareš is also involved in the gala evening. "He's not an investor, he has nothing to do with the management of the company, he's just an advisor," Rosenberger said. 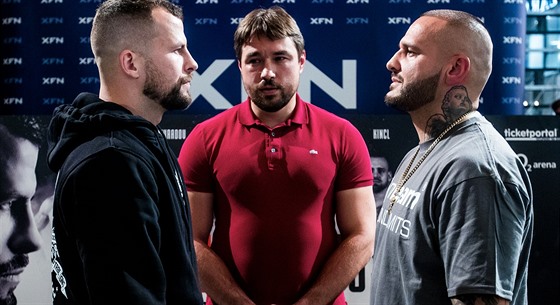 The tournament with Kareš is also held by the former XFN team. I'm going to work as a matchmaker (such a man arranges games, note), so I was in charge of cutmeny, umpire and cage, "said Alena Holá, MMA Shorties, who played a similar role in XFN.

Rosenberger has ruled out any financial connection to "XFN", but he is aware of the unfortunate media connection that may damage the NFP in advance.

The event must be held by Patrik Kincl or the Slovakian bomber Ivan Buchinger, the champion now probably the ex-XFN.