iPhones can be made in India

Apple has a backup plan for the escalation of the US trade war with China. The company said it is capable of mounting all iPhones to the domestic market outside the most populous country in the world, India could be the new production center.

According to Bloomberg, Foxconn, Apple's main supplier, has already confirmed that such a switch is possible. "Twenty-five percent of our production capacity is not in China. We are ready to help Apple meet its domestic needs, "said Young Liu, head of Foxcon's semiconductor division. Apple has not yet instructed the company to move production out of China.

Taiwanese company invests in production rooms in India. But according to Bloomberg, it is not certain that the country will become Apple's device manufacturing hub. But the change is in progress. Foxconn, also known as Hon Hai Precision Industry, is currently testing production of the Xr model in Chennai, India, where its mass production is expected to start as well. Older models of iPhones are assembled by smaller manufacturer Wistron in Bangalore. 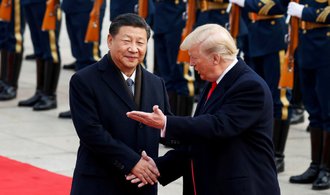 Foxconn is the largest contracted electronics manufacturer in the world. In the first quarter of this year, it recorded a net profit of US $ 19.82 billion (US $ 14.6 billion). Terry Gou, the wealthiest Taiwanese citizen, and his own castle, Roztěž, in the Central Bohemian region, announced their candidacy for the country's president in April.