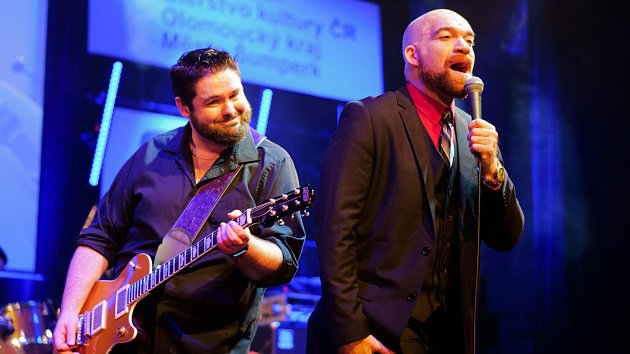 PHOTOGALLERY / As the first holder of the Czech Republic to host the Blues Alive International Music Festival, whose twenty-third year ended in Sumperk in recent years, the most prestigious world award entitled Keeping the Blues Alive Award for 2019.

The award is granted by the American Blues Foundation, which seeks to value, store and promote the blues.

"I see this as a tremendous appreciation of our long-standing work when we have brought the great stars of this genre to Šumperk for twenty-three years. At the same time it is a reward for our fans, thanks to which the festival is hopelessly exhausted several years ago, creating an unforgettable atmosphere here, "said Blues Alive director Vladimír Rybička.

"Keeping the Blues Alive award is the culmination of what the blues can do for & nbsp; nouns." It's a similar Blues Music Award for musicians, and among its previous holders are the world's top blues festivals, editors , producers and media, and journalists, "adds playwright Ondřej Bezr.

The awards ceremony will be held in Memphis on January 25, 2019 at the 35th annual International Blues Challenge. The Keep The Blues Alive award, for example, hosted the New Orleans Jazz and Heritage Festival and the Beale Street Music Festival, Living Blues and Rolling Stone, Tom Hambridge and Jim Gaines, or Stony Plain and Alligator Records.

The Alive International Blues Festival in Šumperk is the largest Central European show of this genre. The festival originated in 1996. It also co-organized the first Buddy Guy concert in 2018 in Prague.

The twenty-third edition of this year's Shumper Show took place from November 15 to 17.