So, back to reality.

A year later, the sight of Czech winter sports is not as cheerful. Winter 2018/2019 brought the Czech Republic to the World Championships in Olympic disciplines not seven but three medals.

Of course, you can argue that Ester Ledeckova has launched snowboarding championships this year because of its expected success. And that the national team of hockey players is still waiting for their top.

However, the Czech retreat of the positions is evident.

Winter sports in an apparent increase in performance? Just bobsleighs and skeletonists.

For the first time, the union gave them a more modern technique and with that they flew to the 4th place in the World Cup (but did not confirm the positions conquered in the World Cup).

For the latter, the "transfer" between the countries of Anna Fernstädt, daughter of Czech mother and German father, the fourth in the World Championship, was a gift.

Martina Sáblíková and Eva Samková took care of the medals, even the gold medals, in winter of winter, winning the previous fight with many successful injuries. If we add Ester Ledecka to them, which confirmed their skills in the parallel giant slalom snowboarders by winning a crystal globe, we can speak of three stars.

On the other hand, classic skiers, once traditional medal suppliers, have unequivocally experienced in Seefeld the worst world championship in Czech history, where the best individual placement was the 15th place of the Roman Koudelka jumpers.

Also in downhill skiers, Aare was the top 15th in Czech Ledecka at the end of the supercombination discipline.

In skating, Michal Březina, eighth in the world championship, came to life and fourth in the Grand Prix series, but he does not have the upcoming Olympics, he wants to finish at the most after the next season and there is a hole behind him.

Billionaire experiences in preparation and perhaps even the age of many years of support overturned the biathlete's checklists, although the potential for future successes of Markéta Davidová is undisputed. In Östersund this year, the least successful championship since 2011 with the most successful "hits" in the 7th place of David in the sprint and 4th place in the men's relay race. 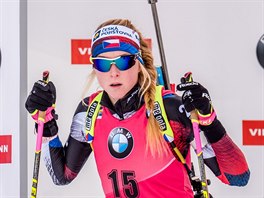 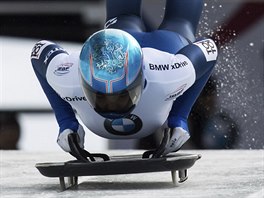 Moreover, the decomposition of Pyongyang's successful Czech game began before the first snowflakes tumbled into the mountains this winter.

The career was somewhat mysteriously ended in 25 years of speed skater Karolína Erbanová (according to her words, due to the behavior of the national coach Petr Novák).

Contradictory disagreements at the parental level also led to the disintegration of the pair of figure skating Anna Dušková – Martin Bidař. Meanwhile, Canadian coach Richard Gauthier, who was involved in his preparation, briefly confirmed that the junior world champions had all the prerequisites to fight for the podium in the upcoming winter games in Beijing in 2022. 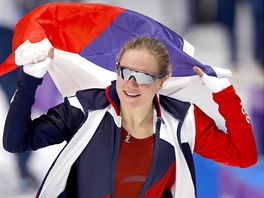 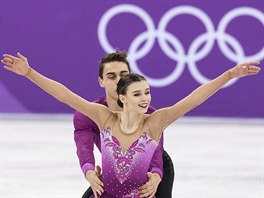 PAST MEMORIES. Olympic bronze-medalist Karolína Erbanová (left) is no longer in competition, the talented couple Anna Dušková – Martin Bidař (right) collapsed and is starting almost from scratch with new partners.

So, let's enjoy this season as the winter of many warnings.

– Czech sports suffer at the level of interpersonal relationships, so it also loses hope. If the above mentioned conflicts and others can not be resolved by the management of individual sporting associations, it is necessary to seek a mediator, for example at the level of the Czech Olympic Committee.

– Esther Ledecky, Pyongyang's biggest star, the season has shown that the combination of two sports can be increasingly difficult for her and her age, so she must carefully dispense with her own strength.

– Biathologists have learned that at the same time, in search of a new impetus for the arrival of foreign coaches, they need to graft carefully the new training system in the old.

– Some winter sports continue to significantly reduce the critical shortage of basic equipment for preparation. The most striking case in this respect was the dismemberment of all ski jumps in Bohemia.

– And above all: there is still no effective Czech sports system. Complaints about their dysfunction have already become a cliché, but they have in fact been demolished in the past, and the construction of new and precious care for the young continues to state stalemate at the state level and commemorates the old building of the Blanka tunnel.

He should now not praise the price for the failures this year, which was more than in previous seasons.

However, it is important to note all warnings and other warnings.

And respond to them.