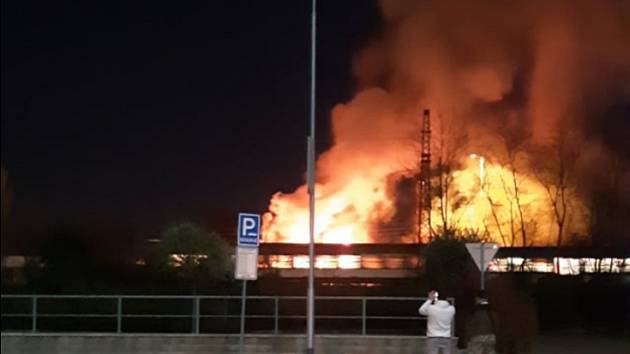 The fire was confirmed by a South Moravian firefighter's spokesman, Petr Příkaský. "There is a train car burning there. So far, it is not certain which car it is," he said at 10 pm.

Parking in blue zones? The state license in Brno-Center will also be granted to Královopolští

Firefighters declared a second level of fire alarm. According to initial information, the train set aside was on fire. The fire also reduced on-site traffic. According to České dráhy, the trains did not pass between the main train station in Brno and the Brno-Horní Heršpice railway. "There is a substitute bus service in place," the carrier said on its website tonight.

The fire controlled the fire just before 11pm. No one was injured on the spot. "It was a cart wrecked to be discarded. Allegedly, the homeless had slept in it, but no one was inside," said Prikasky.

The railroad inspector assessed the damages to 100,000 kronor.