Home / colombia / What is ecoism and how can it be treated?

What is ecoism and how can it be treated? 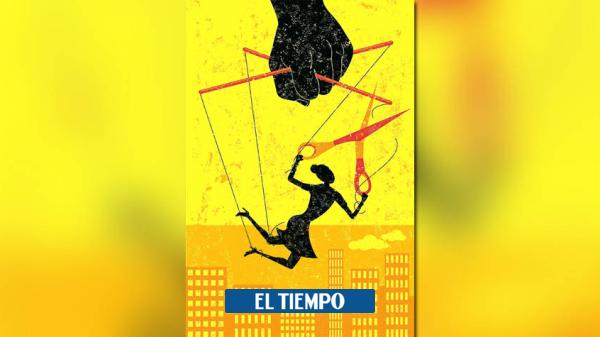 Narcissus's story is well known: this handsome young man falls in love with his own image reflected in a fountain and is so engrossed that he drowns in it. But in this Ovid myth there is another character who has received less attention: the nymph Echo, who falls in love with Narcissus without being reciprocated. Hera, Zeus's wife, became disgusted with her and condemned her to repeat the words others would say to her; hence the origin of the word echo. Since she couldn't communicate, Narcissus mocked her. Desolate, Eco hid in the mountains to consume herself.

When American Psychologist Craig Malkin – Harvard Medical School Professor and Columnist for The Huffington Post – was rereading this myth for his book & # 39; Rethinking Narcissim & # 39; (Harper Collins, 2015), he suddenly realized that Eco deserved more attention. This muted, weak, and dependent character may be the key to understanding what happens to people who are completely behind, to the point of denying their own needs and feelings. Immediately, Craig wrote the word "ecoism" on a piece of paper.

“The myth contained both faces of narcissism: the dangers of addiction to feeling special, but also the inability to feel the slightest feeling of special. Everyone forgets Eco when he talks about this myth, but it made the term even more apt, ”says the psychologist in a column published in late September last year in the journal Psychology Today.

From his consultation in Cambridge, Massachusetts, Craig Malkin adds: “Echoism can be defined as the opposite of narcissism and selfishness. Ecologists are afraid to stand out and feel they deserve less or are less important than others. They tend to be the most modest and kind-hearted people, but in their extreme version they deal with low self-esteem. They do not feel worthy of attention or affection, find it difficult to recognize their own accomplishments and lack the ability to recognize their voice, their needs and their feelings within a relationship. They feel that if they ask for help, it will be a burden, a problem, a nuisance. ”

Ecoism is not a disorder, but a feature that, according to Craig's research, occurs in men and women. And we can all have it to some degree. Craig Malkin himself is recognized in some of his descriptors: as a child, he always self-criticizes if anyone hurt him and was unable to celebrate his own achievements: if he got a good grade, it was because the test was easy. “I felt much more comfortable giving affection than receiving,” explains the American psychologist.

Craig has developed a scale – Narcissism Spectrum Scale – that assesses on 20 items how close a person is to narcissism or its counterpart, ecoism. This is done through statements such as "I feel uncomfortable when I'm in the spotlight" or "I don't like to talk about myself." He used this scale to evaluate about 2,000 individuals in his studies, and is now available for free on his website. But he clarifies that it is not a diagnostic tool, but an instrument for measuring at what point in the continuum between ecologism and narcissism each person is. In the center, it locates what is known as "healthy narcissism".

According to research by University of Washington psychologist Jonathan Brown, The healthiest and happiest people don't look like an ordinary person, but as something a little better than that, even exceptional or unique.. Feeling a bit special is considered a "normal self-esteem" and helps us keep our dreams, persist in failure and even live longer. When we rarely feel this way, like ecologists, we suffer. Our self-esteem is crushed, we lose touch with our own needs or feelings and may even become depressed.

Ecologists, Malkin explains, are closely linked to narcissists because the latter are more than happy to occupy the space of attention that ecologists release. To the ecologist this link is a relief; a salvation table before your deepest fears. The narcissus can take advantage of this and fall into abusive behavior, physical or psychological, without the other putting a brake on it. Experts have turned to the study of ecoism to understand why some people who are victims of physical or psychological abuse do not respond aggressively, avoid stopping the abuser, and persist in relationships marked by manipulation.

Abuse, says Craig Malkin, is one hundred percent responsible for the abuser, regardless of the personality or disabilities the victim may have. But ecologists tend to blame themselves. They mistakenly assume that if they are abused, they deserve it. Because it's all their fault.

For the ecologist, the connection with the narcissist is a relief, a lifeline before his deepest fears.

The first scientific publication that talks about ecoism appeared in 2005, in the magazine "Psychoanalytic Review". Later, in 2012, Trevor Pederson – a Wyoming psychoanalyst – started using it on his blog. However, after the release of Craig's book, the term began to become more popular among mental health specialists. This led to the emergence of workshops and support groups for ecologists. One of the best known is The Echo Society, based in London. This NGO aims to "prevent the abuse of daffodils". Until recently, it was called the "London Narcissistic Abuse Support Group." They work with ten-week courses aimed at giving those affected a theoretical framework that will help them clear their ties.

A new book, written by English therapist Donna Christina Savery, was published in May: Echoism. "The silenced response to narcissism." "I was interested in helping patients coming to therapy with a history of repeated relationships with daffodil couples, or daffodil parents," says Savery of his motivation for writing this volume. As with Craig Malkin, in reviewing the myth, he came across much research around Narcissus and little that resonated with the figure of Echo. “I started writing and then decided to take my studies to a book in which these individuals were named and known in their own law, and not simply as codependent people, ”says Savery.

The English therapist divides two types of echoism in his book: the defensive, which emerges as a survival strategy (for example, when others are allowed to make decisions), and the destructive, which refers to more extreme cases, in which the ecologist takes care of the daffodils of others. For patients, the fact that what happens to them has a name already makes a big difference, says Malkin: “Most of my patients have the same reaction: listening to echo is finally having a language to talk about something they always knew. but failed to articulate. ”

According to experts, the first thing patients understand about ecologism is that it is a learned behavior that can be unlearned. Experts, both Malkin and Savery, believe that ecologists believe that the less they ask and the more they give, the more they will get back. And that prevents them from generating healthy links where delivery must be mutual.

The origin is in childhood

“Ecologists seem to be born with more emotional sensitivity than most: they feel deeply. When this temperament is exposed to a parent who is ashamed or punished for having some kind of need, people tend to develop an ecological standard, ”explains Malkin. And then report the case of two patients. The first had an arrogant father who liked to insult others and treated him as lazy and stupid. It made him go out of his way to make his father happy by fulfilling each of his requests. As an adult, he repeated this pattern with his friends and partners. The second was a woman whose father was angry about anything, so she learned that he should not bother. Over time, I wasn't just afraid to say what I wanted or thought: I didn't even see it. At that point, your mental block came.

Other times, Malkin adds, the echoist pattern is installed in more subtle ways. For example, if a home is taught that having big dreams is arrogant or asking for a gift is selfish, children learn that procrastinating to others is valuable. These people can reach adults, feeling that having a healthy pride is embarrassing, especially when parents are ironic about these issues.

Patients, says therapist Savery, tend to consult when ecoism no longer serves them as a survival strategy. But, he says, they should ask for help first, when they find themselves repeating patterns of behavior in those who seek to connect with daffodils, were raised by daffodil parents, or feel they have no ideas that they can recognize as their own. For them, understanding that greening is a response to a life experience is a big help in understanding that these are behaviors that can be unlearned. The focus of the therapeutic process, individually or as a couple, is to help people feel comfortable again by asking for support and mutual love.

“Patients need to overcome learned habits of insecurity or guilt. They need to learn to express to others times when they feel sad, scared, alone, ashamed, or worried, rather than keep telling themselves that this would mean a burden to others. This is the key to achieving what is known as a secure attachment, and it is also the key to overcoming greening, ”explains Craig Malkin.

And he adds, “I often repeat to patients a simple idea: 'It doesn't seem like a burden when you ask me something; It seems like intimacy. I like to take care of you and feel closer to you when I do. Ecologists need to hear that, contrary to what they have learned in their family history, they need not sacrifice themselves to make others happy.