Type 1 Diabetes: The one that affects the smallest and least spoken 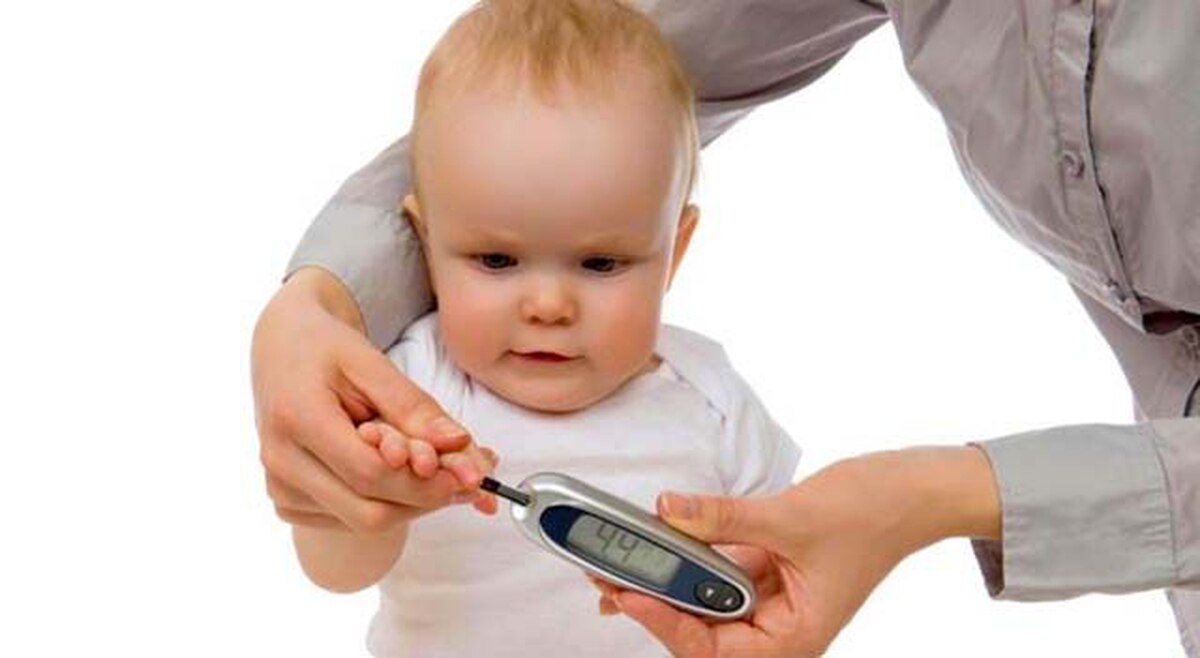 Diabetes is a chronic disease that is characterized by increased blood sugar levels (glycemia). A chronic disease is one that does not heal, but with proper follow-up and treatment, the person with diabetes can prevent complications and lead a normal life.

It occurs when the human body can not reduce the amounts of "sugar" (glucose) in the blood, either by the absence of a hormone, insulin, (type I diabetes) or by defects in its functioning (type II diabetes). Of the two, type II diabetes is the most common, with more than 90% of cases.

The problem is considered to be an epidemic worldwide, with more than 350 million cases (3 million in Argentina), and it is estimated that it would exceed 500 million by 2030, with negative consequences for public health and the economy. But it is even more serious: it is estimated that half of the patients did not diagnose the disease because, for several years, it remains silent and without any symptoms.

Almost always when we talk about diabetes, we usually mention type 2 diabetes, which affects 90% of cases, especially in adults. But type 1 diabetes that suffers from the remaining 10% is also very important because it mainly affects the younger ones.

"Type 1 diabetes is characterized by a lack of insulin production and, consequently, by increased glucose or blood sugar." Children are more at risk of developing this type of diabetes than any other childhood illness. , and its incidence has increased in recent years, especially among children under 5 years of age, "he said. Infobae Dr. Liliana Trifone, pediatrician and head of Nutrition and Diabetes at the Hospital Infantil Ricardo Gutiérrez.

According to the specialist, a child with diabetes can be diagnosed at an early age (many of them after a few months of life).

He added: "This care allows us to minimize the serious complications that diabetes can cause in children's lives, so far the cure for this disease is not known, but in control, a completely normal life can be achieved."

A disease that progresses in the smallest

"It is a regional problem, we are talking about Mexico because it is the most representative country, but in all Latin American countries the statistics are the same and if urgent preventive measures are not taken, this will continue to be a public health problem "noted Dr. Miguel Malo.

This, he said, is worrying because schools, according to the Pan American Health Organization (PAHO) and the Food and Agriculture Organization of the United Nations (FAO), can be an ideal setting to promote good eating habits for children . but they are not, they are even promoters of ultraprocessed foods, "said Malo.

As an example, she explained that in Mexico, four years ago, the sale of sugary drinks and junk food in schools was banned, 63% of beverages offered in schools are still sweetened, and 51% of foods are ultraprocessed

What are the causes of diabetes?

Glucose is a sugar that comes from the digestion of food we eat, circulates through the blood and is used by the body as a source of energy. The cause of diabetes is a change in the production or functioning of insulin, a hormone produced by the pancreas, which acts as a key, facilitating the passage of glucose from the blood to the organs and tissues. There are several types of diabetes.

In type 1 diabetes, there is no insulin production, because the body does not have the key to open the doorway for sugars to the tissues. It usually begins before age 30 and your treatment requires following an adequate meal plan and the application of insulin injections.

Type 2 diabetes is the most common form. Although it usually begins after age 40, the disease is seen more and more often in young people and adolescents. This type of diabetes is usually the result of overweight, obesity, poor diet and sedentary lifestyle.

Although there is insulin production, this hormone acts inadequately. The key does not fit in the lock, so the passage of glucose to the tissues is hampered. Consequently, through either mechanism, glucose accumulates in the blood and the organs run out of fuel for its functioning.

The increase in blood sugar above normal values ​​is called hyperglycemia. And its sustained and untreated accumulation can lead to complications in various organs such as eyes, kidneys, heart, arteries and feet, among others.

"Insulin is very good and necessary for our body when it is in normal doses, but it is very bad when it is low or high." When it is low, insulin-dependent or type 1 diabetes is triggered, this pathology has a moderate frequency. above its normal limits is an epidemic in the world, "he explained. Infobae Dr. María Alejandra Rodríguez Zía, endocrinologist.

"One of the main reasons why high insulin becomes epidemic is due to the exacerbated intake of refined sugar. Obviously, people who ingest large amounts of sugar, in their different forms, will be obese or overweight. the mediator for this to happen is high insulin, "he added.

According to Rodríguez Zía, one of the few known secrets about sugar is that high insulin, because it produces an increase in protein synthesis and also fat, is related to the ease with which a cell can grow and multiply. This is because, when we ingest too much sugar, high insulin directly stimulates a substance called m-TOR, responsible for cell multiplication.

"Normally, this whole system produces an increase in muscle mass in people who exercise (bodybuilders), but in people who consume sugars and do not exercise, this can trigger abnormal cell proliferation and over the years can lead to cancer "he concluded.

How is diabetes detected?

The diagnosis of diabetes is made by determining the fasting blood glucose in the venous blood. Determination of capillary blood (fingertip puncture) is useful for monitoring treatment in people who receive insulin, but is not recommended as a diagnostic method.

Diabetes can occur for several years silently. This means that sometimes there are no symptoms, but over time they may appear:

An initiative for small children

The Association for Diabetes Care in Argentina – CUI.D.AR is a non-profit civil association that aims to raise awareness and create social awareness about Type 1 diabetes, a condition of life for many children, young people and adults. which for the most part is unknown to the population.

"The Society also does not know the severity of this disease, and even people who know something, are unaware of the commitment and the challenge that treatment represents day after day." This lack of clarity in information transforms type 1 diabetes into a dreaded disease. but no one understands or really knows, and many times fears, doubts and confusion generate exclusion and discrimination and the first affected are people with type 1 diabetes, most of them children and adolescents, "said Liliana Tieri, CUI .D.AR.

Taking into account this situation and the current level of information society has, CUI.D.AR promotes a social media campaign that aims to attract the eyes of society to all people living with diabetes and face-to-face actions. public and high traffic.

On Wednesday, November 14, between 10am and 7pm, CUI.D.AR will carry out an awareness campaign at the Retire del Mren Train Station, under the Campaign # VivirConDiabetesNoImpideSoñar, inviting all users to there Transition, more than 80,000! !, to participate in the campaign through a survey and vote to know the level of knowledge, and also invite them to build information on type 1 diabetes among all, so they can disseminate and share social networks.