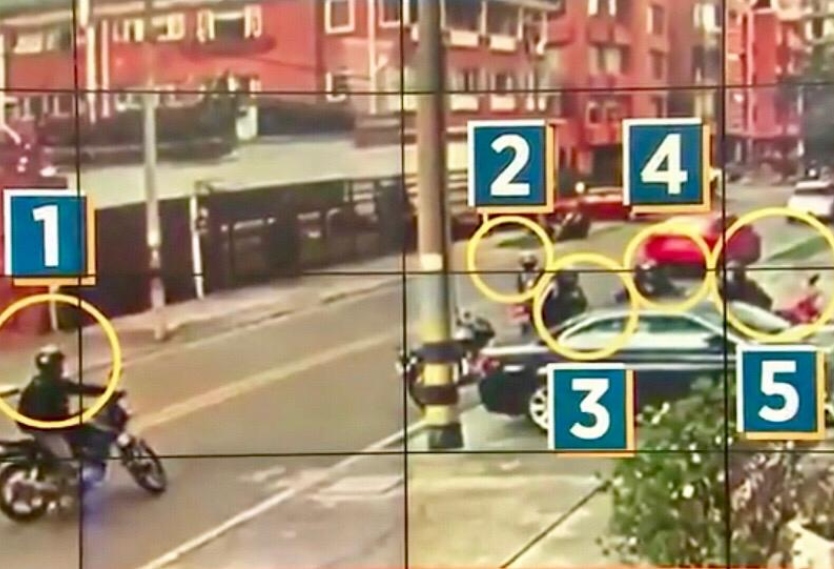 A video from a security camera was recorded new theft mode that criminals would be using to take citizens from their belongings right in the door of your place of residence.

A recording revealed the exact moment when five people on motorcycles expect a vehicle to be located at the entrance of a residential complex, waiting to enter the building. In matter of secondsthe thieves approach the driver, open the door and take their valuables.

Read too: More than half of the inhabitants of Bogotá feel insecure

While one of the robbers intimidates the victim with a fire lover, another opens the car door. Another blocks the passage of the vehicle so he can not escape while the other two remain on the street to alert before the arrival of neighbors or authorities.

The events occurred in the neighborhood Santa Bárbara, Usaquén, in the north of Bogota, near 122 street with career 19. It is an area which, according to the authorities, has a high number of high standard vehicles and is attractive to thieves.

Read too: District admits that the policy of cell phone theft in Bogota failed

According to information from the Bogota police, the burglars track the car for several blocks. In this way, it is easier for them to take their victims by surprise, who see how from one moment to the next they are surrounded by thieves. Theft is carried out in less than 20 seconds, and when the building's security team manages to react, it's too late.

The police have in their possession the security videos with which they hope to find the whereabouts of the criminals, who apparently they would be responsible for other similar events in different points to the north of the city.

Neighbors of the sector denounced that this modality it's repetitiveand that they even saw an increase in the number of pedestrian robberies that walk the streets of the neighborhood.

According to the recent survey "Bogota as we go" which happens every year, the inhabitants of the capital feel increasingly insecure. According to the study, only 15% of the citizens of Bogotá consider the city more secure, while a high number of 57% consider this aspect to have deteriorated.

In this case, events occurred in the vicinity of the victim's home. The above mentioned research revealed that 34% of people consulted do not feel secure in their own neighborhood. This would be the most worrying number for the authorities since 2010.