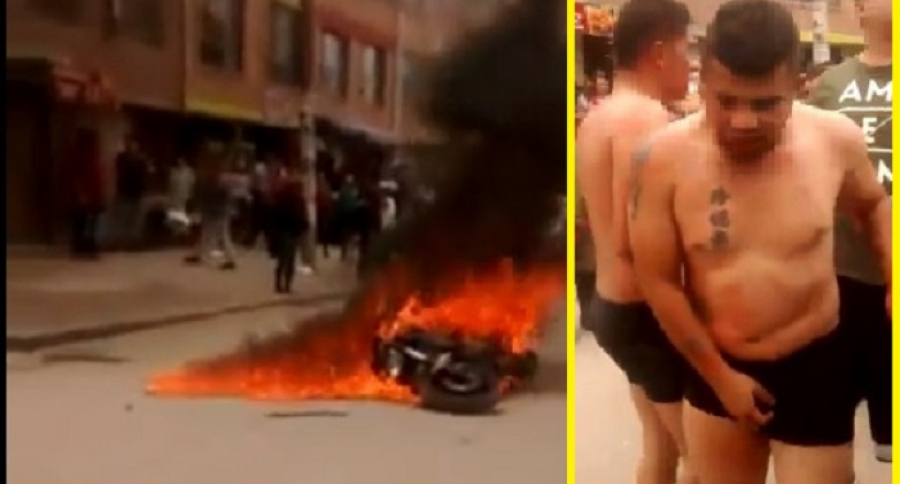 Two men were cornered by local residents because they allegedly stole a cell phone from one of the industry's viewers.

At that time, several people surrounded them to throw kicks and fists, so the indicated resulted in wounds on their faces, as seen in a video shared by social networks.

Likewise, the crowd set fire to a motorcycle on which the alleged thieves allegedly were mobilized when they allegedly committed the robbery.

Some neighbors insisted that they also set fire to those nominees, said Caracol News, although this did not happen. However, they left them half-naked and burned their clothes.

Later, authorities arrived at the site, captured the trapped, but shortly after being released, according to the news.

Thieves were lynched in the south of Bogota. pic.twitter.com/a9Q4fkasds