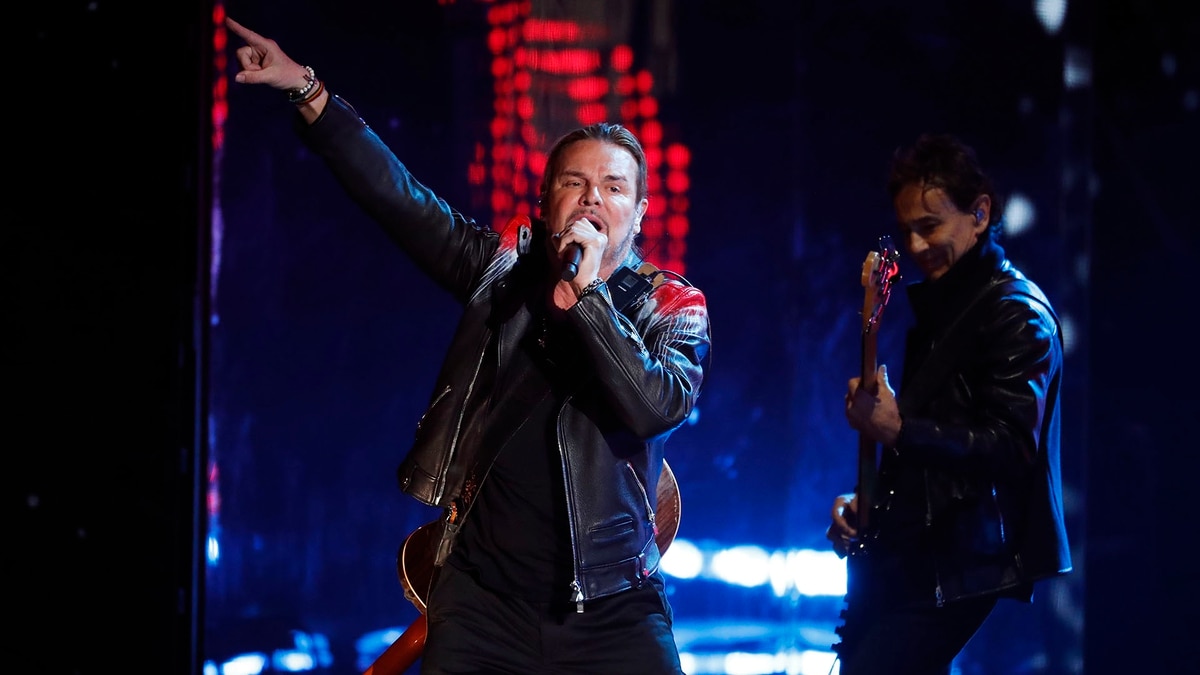 Fher Olvera, the leader of Mana, was one of the many celebrities who paraded on the red carpet of the last edition of Latin Grammy Awards and in addition, he was encouraged to take the stage to do a show. The Mexican was one of the most received mentions in social networks, although not for his music, but for their physical appearance.

The singer, who took the award for Personality of the Year, was the center of speculation and ridicule about supposed changes in his face. Days later, his ex-wife Monica Noguera, he talked about it on a television show.

"At the time we were together (from 2013 to 2015) a very dangerous surgery was done in Los Angeles, in the face, it hurts a lot because at that time it was just eye surgery and double chin. almost died because they cut a vein. The doctor cut a vein that he should not have and had three cuts in his throat, he was bleeding, "said Noguera in the program First hand.

The singer's ex-wife asked him not to do more aesthetic surgeries: "You do not need to focus on the physical issue because he is a very big artist and a great person who collaborates with human rights. Why worry so much about the physical?

"He was about to die.. He did not say anything, but it hurts a lot. I repeat again: you do not have to do anything physically ", he concluded.

Meanwhile, at the awards ceremony at the Latin Recording Academy in Las Vegas, Olvera referred to his fight for immigrant rights.