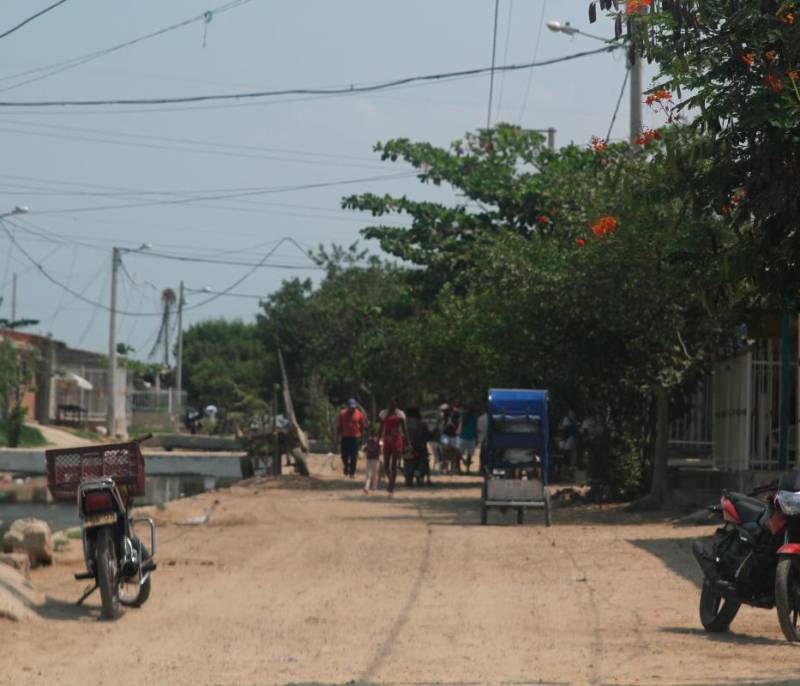 Lghosts of old problems would have returned to Alberto Vargas Del Rio. He is shot dead on Tuesday in the neighborhood of Olaya Herrera, at 5:30 p.m., on El Tabú street in the Rafael Núñez sector.

"He was threatened by a certain Fat Boy, who is a member of a gang known as the Cachulos". Those peeled have the neighborhood whipped, "say relatives of the deceased today.

According to Alberto's relatives, his victimizer had been released from prison six days ago, and when he arrived in the neighborhood, the first thing he said was supposed to be, "I'm going to kill four people."

"That guy said he was going to kill four people and my son was between them," says Juana Del Rio, Alberto's mother.

Although the & # 39; Fat Boy & # 39; had pronounced his death sentence, "Albertico," as he was known among his friends and family, he was not afraid, but unknowingly went into the street on Tuesday afternoon with his friends.

According to the mourners, Alberto went with his friends to La Villa Street, which is near his house. They were talking and telling stories. In one corner, "Niño Gordo" was in the company, according to some witnesses, of "Niño Chiquito".

Just at 5:30 in the afternoon, a shot was heard and they saw Albertico fall. Witnesses say that "Fat Boy" drew a revolver and allegedly shot Vargas Del Rio in the back. The man was on the floor, dying, as he tried to utter words of help not to let him die on the dusty floor.

One of the friends who was with Alberto helped him and moved to the CAP of Olaya, but the doctors said that he had entered without vital signs, since the bullet affected several organs.

While helping the victim, the same neighbors went to his residence and gave the bad news. "The neighbors were the ones who alerted us and we arrived at the CAP, but he was already dead," said Juana Del Río.

After the incident, the residents of the neighborhood warned the police, who arrived at the site and, after questioning several people, began a search for neighboring sectors.

In the midst of a persecution, the Metropolitan Police of Cartagena reported that, around 6:20 pm, a man allegedly charged with responsibility for the murder of Alberto Vargas Del Río was captured. The subject was confiscated a revolver with two perforated cartridges. Apparently, this is the weapon with which Alberto was shot.

They are a gang

The victim's next of kin said the threats against Alberto are because members of the gang "Cachulos & # 39; whipped the neighborhood.

"They are a family, there is the uncle, the nephew, the son, the brother, everyone, it is they who decide who goes from one place to another and who can enter the sector," said the mourners.

The mourners report that a week ago, the same members of & # 39; Cachulos & # 39; wounded a bullet in one foot to one of the victim's cousins ​​while buying a hot dog, presumably because they wanted to hurt their sentimental partner. The deceased was known today by the police who had an arrest warrant for the crime of qualified and aggravated robbery. He left two children and lived with his mother, brothers, grandmother and nephews.