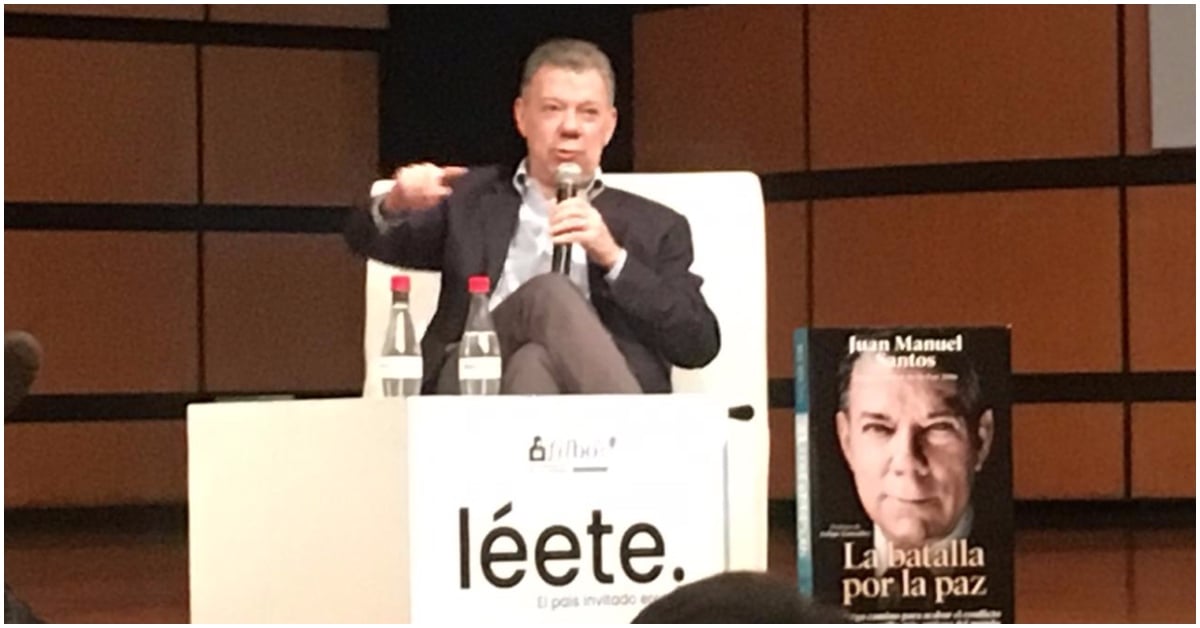 Former President Juan Manuel Santos arrived at the Book Fair for the presentation of his book "The Battle for Peace" accompanied by his wife María Clemencia Rodríguez, her granddaughter Celeste and her daughter María Antonia. He was also accompanied by former negotiator Humberto De la Calle and former Interior Minister and creator of the law of the victims Juan Fernando Cristo.

In a conversation with writer Juan Gabriel Vásquez, he took the opportunity to send several darts to his political rival Álvaro Uribe Vélez. "We did not learn anything: a few days ago we had an episode in Congress: they shouted assassin assassin, killer, I stop, stop, stop." People exploded in a single chuckle. The intervention lasted an hour and the lines for the book's signature were enlarged in meters. His memories are one of the most sold books of the Fair.