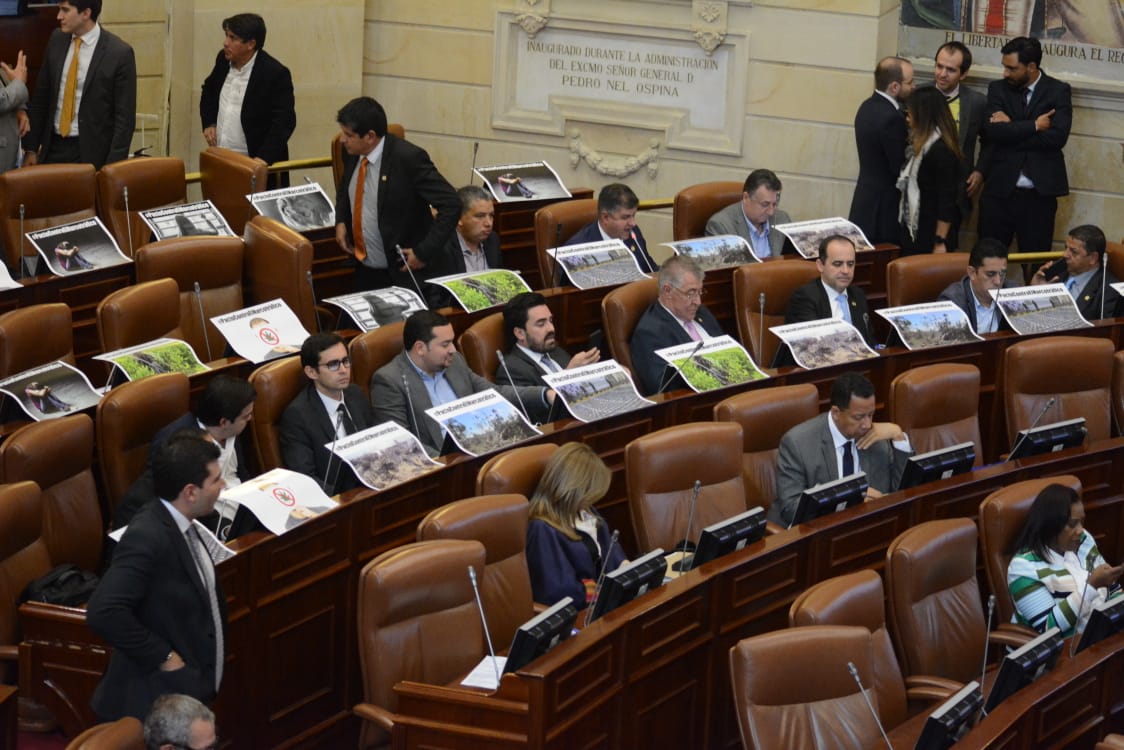 The Congress suspended the plenary sessions in both chambers to watch the match of the Colombian National Team in the America's Cup.

Deputy Jairo Diaz, a conciliator of the House of the anti-corruption bill that eliminated the house from prison by the corrupt, reported Wednesday night a day after the end of the current mandate that the initiative "sank by procedure."

"Once I was notified by e-mail that I was appointed conciliator of this bill, I asked the Senate to tell me the name of the conciliator in that corporation, but I am still waiting for Ernesto Macias – Senate President – to tell me what it was," said the Radical Change parliamentarian.

The conciliator of the Chamber added that the conciliation notice "came without records and without a file, I went to the Chamber Secretariat, they handed me the file at 4:50 pm, and a conciliation is not easy, there are more than 1,300 folios . "

Christ stated that the house was "diligent," but "unfortunately it did not happen, sank by procedure."

The conciliations, which are available when the texts approved in both chambers have differences, are the last step before the articles are submitted to presidential sanctions.

With the initiative, which emerges from the Anti-Corruption Consultation of alternative parties and on which the National Government has compromised its support, the controversial measures of arrest, fines and loss of mandate for the public servant who divulged secret and judicial documents were also sunk.

So things, and without an appeal even for the extraordinary sessions of the House of Nariño, not for the arrest of the corrupt, if you want to materialize, should be presented in the next legislature that begins on July 20.