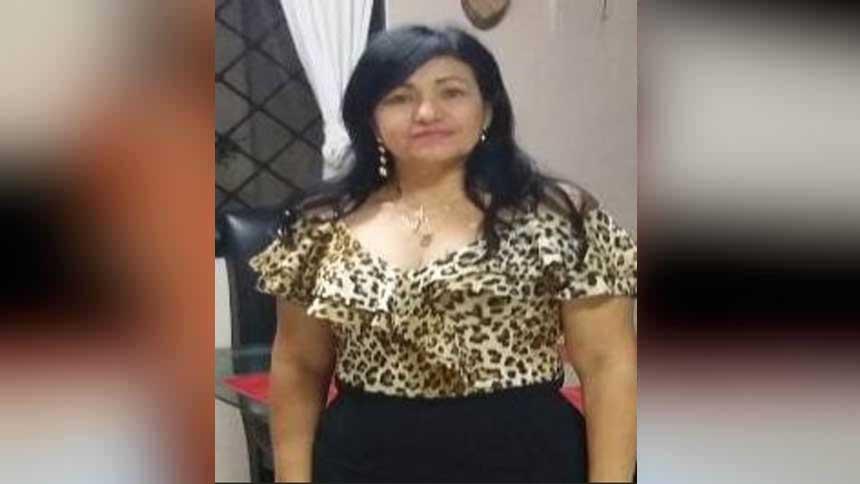 A 15-minute drive on a paved road with sign of the Mileros farm in the village of Sabaneta in the urban center of Betulia had to be held in a van by Juan Leonardo Silva Lizarazo to save the life of his wife Astrid Benitorrevollo Mora, a lawyer murdered on Tuesday afternoon in the midst of a family dispute.

After the woman, 55, received a bullet in her left arm that affected her breast in the middle of a fraternal fight, Juan Leonardo took her to the van of his property and took her to the local health center where he came almost lifeless.

The couple were talking at the property of Mileros, who is in litigation by family inheritance, at the invitation of Ramiro Jiménez and his wife, who is the victim's cousin. The dead woman was originally from Corozal, where her family lives in the neighborhood of San Juan Centro.

"Around 3:40 pm Manuel Jimenez, brother of Ramiro, arrived in the company of a young man attacking with vulgarities. When Ramiro tells Manuel that he is also the owner of that farm and that he did not have to mess with him, they they started to fight.My son and I tried to mediate saying that since they were brothers they would not fight They managed to beat each other and I separated them.That was when Manuel pulled the gun and fired.Wife sat and protected her cousin, but she was shot, "said Juan Leonardo.

According to the history of Barranquilla, who as his wife is a lawyer, were moments of despair, especially when the shots did not stop sounding.

"When I got into the truck that my 23-year-old son drove, Manuel fired a shot that struck the windshield," the man continued.

The couple lived in the Concepción neighborhood in Barranquilla since 1988. A 23-year-old youth was born from the union. The lawyer, according to her husband, respected her for being a good woman, good professional and excellent human being that leaves a good memory.

Colonel Luis Vallejo Gustín, the police commander in Sucre, said that at noon on Wednesday Ramiro Jiménez turned himself in to the authorities to clarify what had happened. Meanwhile, as reported by the colonel, the Public Ministry issued an arrest warrant against Manuel Jiménez to respond to the murder. Immediately the Sijin units deployed agents to find the location of this man.

From the funeral of the lawyer Astrid María was known that they will be in Barranquilla in the Cemetery Jardines de la Eternidad, this Thursday.