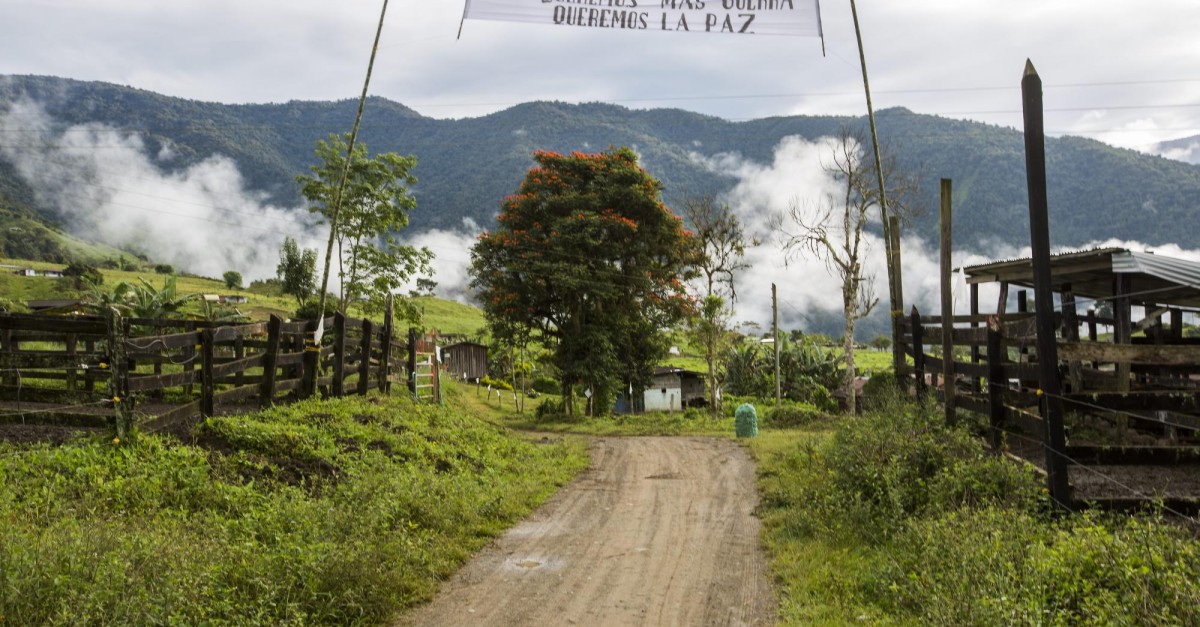 A lot of 270 hectares in Llano Grande, Dabeiba, destined to be part of a productive project that impelled the economic reincorporation of 185 Farc-Ep exintegrants was donated this Saturday by six companies and a foundation affiliated with Proantioquia.

“Providing this building for excombatient productive projects is a clear way to materialize commitment of the private company with the construction of peace, which corresponds to us all Colombians. The companies are key players in the development, on the ground for their economic contribution, bell for their social and institutional protection. He reiterates our concern for contributing to the development of the communities and surrounding the institutionality of their effective presence in the territory, ”said David Bojanini, Chairman of the Board of Proanty and President of the Sura Group.

Associative and responsible model for biodiversity

In addition, the delivery of the batch to FARC's exintegrants, the group of Proantioquia It will also be noted that Eafit will be linked to the project with a proposal for preservation of biodiversity and scientific tourism to harness the richness of the ecosystems of the region of the Anti-West:

“We want to extend Dabeiba to the experience of bio expedition that we have in Anorí, whose results have been published by them, so that with this biotic characterization as the base line, we can evaluate the possibility of advancing in a scientific tourism proposal the specialized tourism that also contributes to the reincorporation of the excombatients and the reconciliation processes. This zone is free of biodiversity and the conditions to develop these productive opportunities for communities in a responsible and sustainable way ”, explains Juan Luis Mejía Arango, Eafit's rector.

The productive model that will be boosted by the 270-hectare building has been concerted among the Dabeiba and the National Government.

70% of the lot, it is decided 189 hectares, will be used in agricultural production initiatives developed by the community, the same that will be accompanied by the Salvaterra Foundation.

The remaining 30%, if at least 81 hectares, will be used for conservation of biodiversity with the proposal of a new bio-expedition that prepares the university Eafit.

“This support adds to other initiatives that we promote in peacebuilding, for example, in areas such as the Bajo Cauca antioqueño, where there is a broadly agreed road between the National Government and the community through the Plan of Development with Territorial Focus. (PDET), ”commented Azucena Restrepo, President of Proantioquia.

The National Government, for its part, will have to continue with the monitoring of the settlements in the ancient ETCR of Llano Grande with infrastructure and public service solutions, culture of reconciliation and coexistence, education, living and community productive projects (cacao and cattle ranching).