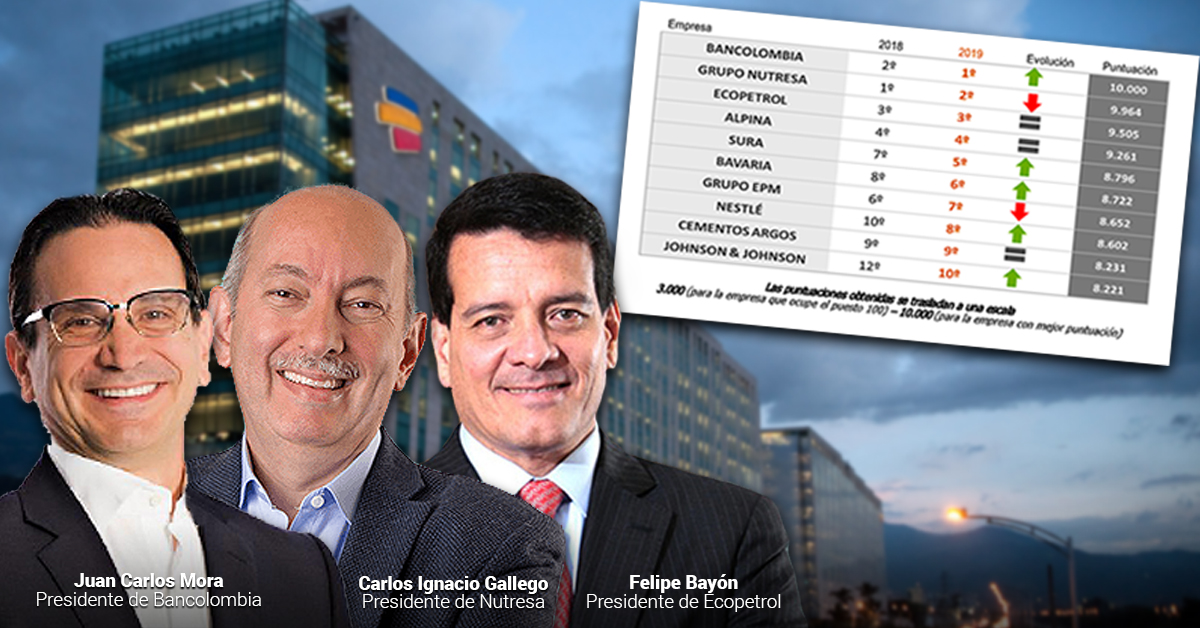 The Corporate Reputation Business Monitor (Merco) announced that Bancolombia is the most attractive company for human talent in Colombia, followed by Grupo Nutresa and Ecopetrol. 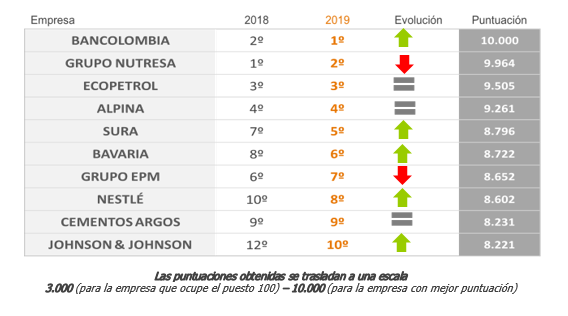 The study shows that, of the 100 companies that appear in the ranking, 39% are based in the city of Bogotá, 26% are multinational; 23% of the companies are based in Medellín; 5% are based in Cali; 3% is from the Atlantic coast; 4% in other cities or are of a national nature.

The monitor reveals that this year seven companies entered the Top 100 companies with the best ability to attract and retain talent, however, only one enters for the first time in the TOP 100 Merco Talent, CES University of Medellín that is in place 51.

The others who entered this year, and who were already part of this select group of 100 companies, were: Falabella, who occupies the 37th position, the University of Antioquia in 81st position, in the 88th position is the Bogotá Energy Group and in the 94th Olympic Group. Equion Energía holds position 98 and in 99 is Roche.

The five sectors with the highest number of companies in the ranking of Merco Talent 2019 show that there are 15 companies in the food sector and in the sector of Education-Universities, 13 Health, 12 Pharmaceutical Sector, 10 Electronics, IT and Software and Financial Sector .

The Merco Talento ranking was developed thanks to the participation of eight sources of information, which voluntarily answered 55,649 surveys, conducted between March and May 2019.

"It should be noted that the level of satisfaction of Colombian workers with the places they work is 8.6 out of 10," said Manuel Sevillano, Merco's director general.

The study revealed that in Colombia the indicators that the workers evaluated as worse were salary (7,98) and motivation and recognition (7,8).

In the 100 largest companies that attract the greatest number of human talent in Colombia, there are not big multinationals like Amazon and Facebook.