Pre-school children who spend more than two hours a day in front of a screen are more exposed to considerable behavioral problemsDespite difficulties with care, a new study by experts at the University of Alberta in Canada reveals.

The experts used data from a national survey that collects information on health, lifestyle and genetics almost 3,500 children and their families, from pregnancy to adolescence, to find links between content consumption time across screens and the behavior of children at five years of age. For their part, parents reported the total time of use of several screens by their children per day, including smartphones, tablets, television and video games.

"We found that screen time had a significant impact on five-year-olds," said Piush Mandhane, lead author of the study. Compared with children who spent less than 30 minutes a day in front of the screens, those who used them more than two hours a day (13.7% of the children) had five times more chances of behavioral problems and 7.7 times more risk of suffering from Attention Deficit Hyperactivity Disorder. At age five, children used the screen for an average of 1.4 hours a day and three-year-olds spent 1.5 hours a day, according to survey data. 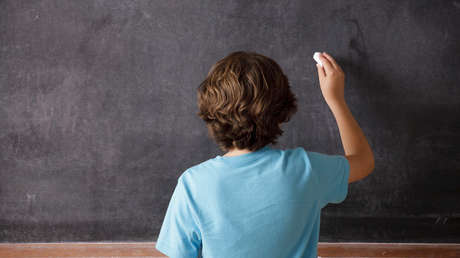 "The two main findings from this study show that children spent more time on screens than in three or five years, so they had significantly greater behavioral problems, and that association is greater than any other risk factor we've analyzed," said Sukhpreet Tamana , co-author of the study.

In addition, experts have identified factors that could protect against the negative effects of time spent in front of screens. O good sleep quality had a small impact, and the practice of organized sports generates a very significant protective effect. "Our data suggest that the ideal amount of time to use the screen is between zero and 30 minutes per day," Mandhane concluded.