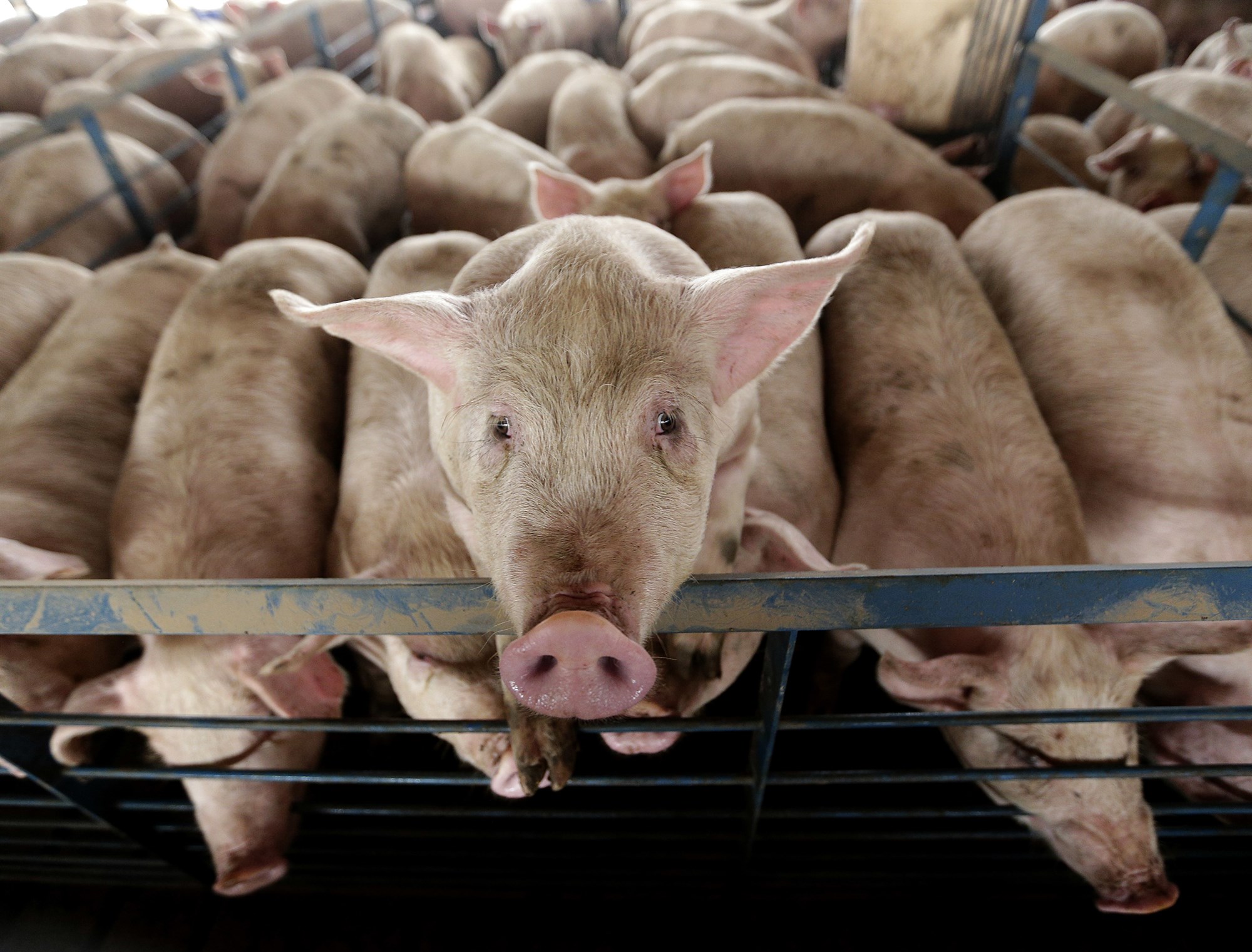 A controversial experiment with pigs has put the scientific community to ask what it means to be alive. Hours after the pigs were slaughtered in a slaughterhouse, scientists were able to restore some of the cellular activity of their brains.

The result was surprising. The hypothesis that brain cells suffer irreversible damage from death was seriously questioned.

In the study published in the journal Nature, the brain of large mammals "maintains a previously underestimated restorative capacity" for some activities and hours of cell circulation after death, said neurology professor Nenad Sestan of Yale University School of Medicine, the lead author of the study.

That means the brain dies long after it was believed or that there is "a window of wider opportunity" to restore its cells, Sestan told a news conference on Tuesday.

The pigs, however, the researchers noticed, were dead. His brain did not exhibit any kind of activity or function proper to a normal brain with functions such as consciousness. "This is not a living brain"said Sestan. "But it's a cellularly active brain".

The work could provide scientists with new ways to study the brain, allowing them to examine functions in an intact brain in a way that previously would not have been possible. That, in turn, could help scientists better understand brain diseases or the effects of brain damage, the researchers said.

Although the current study was conducted on pigs rather than humans, pigs' brains are larger and more similar to humans compared to rodent brains.

In the study, the researchers developed a new system for studying intact brains after death, called BrainEx. It is a network of pumps that channels a synthetic solution, a blood substitute, to the arteries of the brain at a normal body temperature.

Using BrainEx, the researchers studied 32 pig brains post-mortem which were obtained from a pork processing plant (which would otherwise be discarded). Brains were placed in the BrainEx system four hours after the pig's death and allowed to "perfuse" the synthetic blood substitute for six hours.

During this time, the BrainEx system not only preserved the structure of brain cells and reduced cell death, but also restored some cellular activity. For example, some cells were metabolically active, meaning they used glucose and oxygen and produced carbon dioxide.

Other cells reacted with an inflammatory response when stimulated with certain molecules.

In contrast, "control" brains that were not treated with BrainEx quickly decomposed.

Dr. Neel Singhal, assistant professor of neurology at the University of California, San Francisco, who was not involved in the study, said the work was "stimulating" because of some of the ethical issues raised.

For example, while scientists are far from being able to restore brain function in people with severe brain injury, if a certain type of brain activity restoration were possible, "we would have to change our definition of brain death," Singhal said to Live Science.

The researchers saw no sign of consciousness, nor was this a goal of the investigation. In fact, the synthetic blood solution included several chemicals that block neuronal activity, the kind of activity that would be needed for consciousness.

In addition, if some sort of organized electrical activity appeared, which was necessary for consciousness, the researchers were prepared to take steps to stop this activity using anesthesia and lowering brain temperature, said the co-author of the study. , Stephen Latham, director of the Yale Interdisciplinary Bioethics Center. In other words, end the experiment if that happens.

In a comment posted along with the study, Nita Farahany, a professor of law and philosophy at Duke University, and her colleagues asked for more guidance on the ethical issues raised by the study, which "calls into question the long-term assumptions about what makes an animal or a living human being".

These problems include how to detect awareness early on and how long systems like BrainEx should be allowed to function.