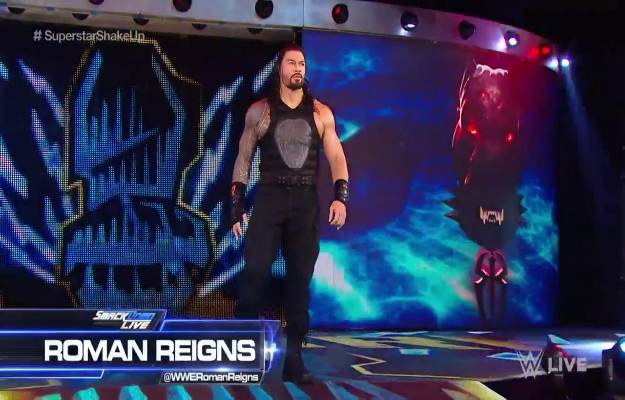 Roman Reigns was announced as a new SmackDown Live fighter on the second night of WWE Superstars Shake Up in the blue brand. Vince McMahon announced the largest signing of the story by SmackDown and Roman was the chosen fighter. Because Has Roman Reigns been transferred to SmackDown?

With the Buy WWE Streaming Rights by FOX The current demanded that Vince McMahon reinforce the blue brand of WWE. At first was meant to send Braun Strowman to SmackDown and put him in a rivalry against Samoa Joe, which lasted until almost the end of the year, making this one of the most epic rivalries in the history of the blue brand, but the chain discarded the idea.

Neither Samoa Joe nor Braun Strowman won a WWE World Championship, so FOX executives felt that the addition of the giant to WWE SmackDown was not enough to make a big impact. After a meeting with Vince McMahon decided that Roman Reings was the main fighter of SmackDown during the coming months.

Fox will give more presence to WWE in its programming

Besides the large amount of money FOX has paid for SmackDown Live ($ 240 million) the chain will have the fighters at different sporting events. In this way, we will see the fighters of WWE in NBA and MLB games. FOX is proud of the product you bought, not how NBC Universal (owner of USA Network), who is ashamed of the product but this keeps it in the air for the large amount of money paid for advertising.

It should be noted that SmackDown and RAW will start an authentic war for the public be on different channels and it will not be so often to see wrestlers competing on both brands when they broadcast through different channels.