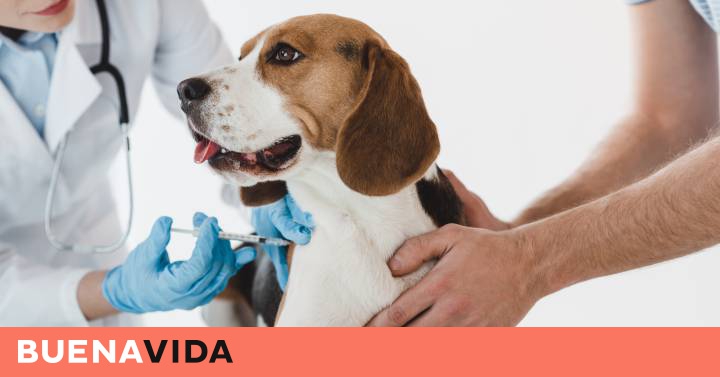 Although different studies have shown that there is no relationship between vaccines and autism, anti-vaccines has not stopped growing in recent years, leading society to a point where governments – such as Italy and the Xunta de Galicia – have proposed measures such as a ban on going to school without being vaccinated, or demanding booklets that show this. American pediatricians have also called for platforms such as Google and Facebook to fight against the false information that is disclosed in this regard.

However, none of this seems to be enough and there are those who carry their convictions beyond the education of their children: already registered cases of people who do not want to vaccinate their pets, despite the health risk posed by that decision. "Families take care of their dogs as if they are another member and they do this according to their beliefs," says Rafael Laguens, president of the European Veterinary Federation (FEV). "If a person decides not to vaccinate their children because they believe (without any basis) that is not the best for them, they will not vaccinate their dogs," he explains.

For the time being, the anti-vaccine population is minimal in Spain, but the rising trend in countries like the United States, Australia and the United Kingdom is worrisome. In the latter country, according to a report from the Dispensary People for Sick Animals Foundation, 25% of dog owners admit that they did not vaccinate their young. That is, about 2.2 million dogs are exposed to contagion and transmit serious diseases to animals and people.

Given these figures and after the UK's prime-day morning show Good morning, Great Britain. will tweet looking for owners who did not vaccinate their dogs For fear of developing autism and other diseases, the Royal Society for the Prevention of Cruelty to Animals, the largest association for animal welfare in the country, had to leave and deny any connection to the disease. Indeed, "there is no case of autism in dogs in the world. This disorder does not develop in animals and, in the hypothetical case that yes, it would not be because of a vaccine, "says the FEV president.

If in the UK the situation starts to be worrying, in the United States the spread of these beliefs is even more so. There are several websites claiming that there is no scientific proof that dogs need to be vaccinated annually and ensure that vaccines are dangerous because they can cause cancer, genetic disorders, allergies, or arthritis. One of the veterinarians he argues, John Robb, lost his license to practice when he was informed by the State Council of Veterinary Medicine in Connecticut, finding that he was providing fewer doses of rabies vaccines in small dogs (up to 18 kg). It is totally forbidden, since both US and World Health Organization (WHO) legislation talk about a standard dose, a certain amount of antibodies that must be provided to achieve immunity regardless of weight.

But the hard core pressure of anti-vaccines has been strong. For example, in some states where the rabies vaccination period lasted for up to three years, others still allow it to be eliminated if, prior to a blood test prior to the animal, they still observe certain antibodies that can help you to be immune without needing another hole. Something that to Laguens is nonsense. "If we assess the risk-benefit of vaccines for both dogs and humans, the balance will always tend to benefit, as numerous scientific studies have indicated, "he says.

In addition, the World Association of Small Animals convenes annually to review available scientific evidence and the personal experiences of pet owners with the goal of establishing guidelines for vaccination. Their work includes those vaccines that are essential to them and to those that are not, always with the intention of minimizing adverse reactions in animals.

A move that could bring back anger

"There is a regulatory diversity in this regard, because the schedule of vaccination of the dog depends on both its race and the country, including the Autonomous Community in which it lives," explains veterinarian Alfredo Fernandez. It is something that, in your opinion, may be unfair to the animal. "You only seek the protection of the human being, but the dog can suffer life-threatening illnesses against which vaccination is not mandatory," he says.

In Spain, where 40% of families have pets and almost all are registered – that is, they have their health card and are identified with a chip – just the mandatory vaccine against rabies. However, there is a basic protocol of veterinary clinics to protect animals from diseases that can cause death. "From birth to six weeks, the pups have to be with the mother, it is best for them because the colostrum they receive gives them immunity, and it is not necessary to vaccinate them before because the maternal antibodies could neutralize the effect" , explains. the veterinarian. But then the vaccines arrive.

Between the sixth and eighth week, the puppies are wormed and receive a vaccine that immunizes them against two deadly diseases for the dog: distemper and parvovirus (a viral gastroenterologist very dangerous for the animal, which can cause death in only 72 hours) . Then, between the ninth and twelfth week of life, they receive the second dose of these two, as well as the vaccines for viral hepatitis and leptospirosis. Between the thirteenth and sixteenth days, they remember the tetravalent (distemper, parvovirus, viral hepatitis and leptospirosis) and, of the three, anti-rabies, which are reinforced annually (in some communities every two years) to maintain immunity.

"Thanks to this vaccination protocol, in Europe they have managed to eradicate diseases such as rabies, but not in the rest of the world, where there are still 60,000 cases per year, especially in children and after a bite of infected dogs, as their system is the most delicate, "explains the president of European veterinarians. That is, not vaccinating animals can increase the risk of outbreaks of diseases that are already controlled. Something for which the World Health Organization (WHO) has decided to include the anti-vaccines movement among the major health threats of 2019.