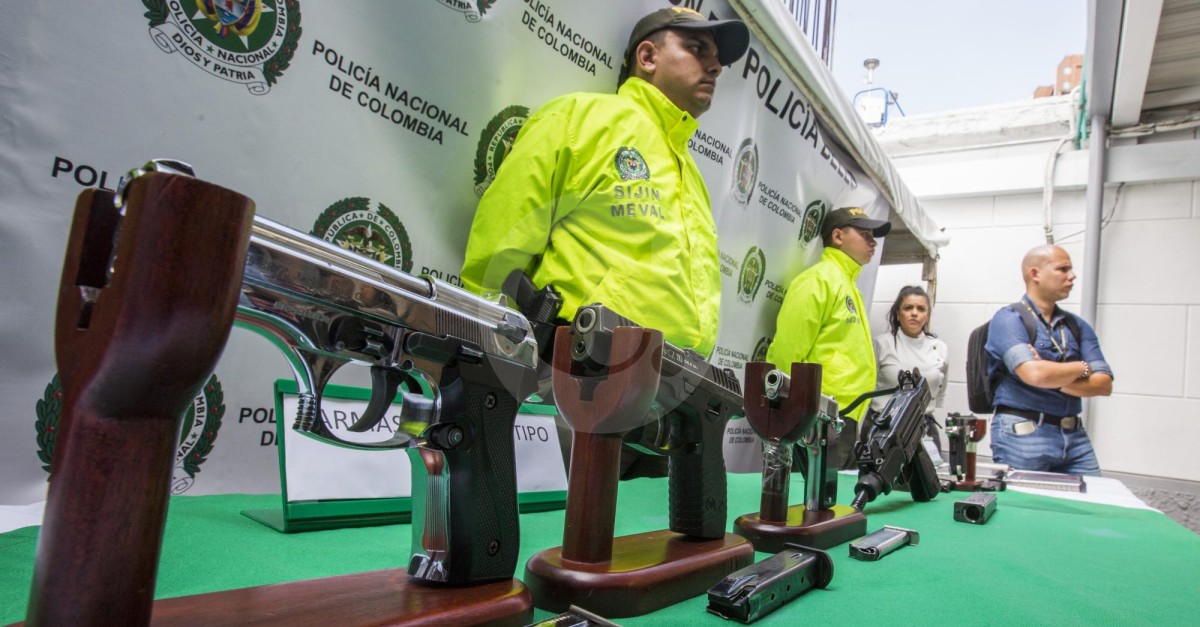 A 153% increase in the murders in Bello and the arrival of criminals from Bajo Cauca, Antioquia, drew the attention of the National Government that yesterday sent the Defense Minister, Guillermo Botero, to personally review what was happening.

The officer arrived in Bello before 10:00 in the morning. and found himself behind closed doors for more than three hours with the governor (and) Victoria Eugenia Ramírez and the mayor of Bello, César Suárez Mira; Accompanied by Army and Police commanders, among others.

"It was clearly established that there are eight structures in this city, consisting of approximately 540 people and we will work hard to dismantle them," Botero said.

To achieve this, a reinforcement of 270 police officers was approved and will arrive at the municipality during the week, explained the minister.

The governor (e) Ramírez added that, in addition, in the face of some citizen complaints about presumed connivance of uniformed with illegal, the curriculum of the police in Bello will be reviewed to verify if there is no connection with the criminality. "If we detect something irregular, they will be investigated," he said.

The general Eliécer CamachoCommander of the Metropolitan Police, explained that in the cartel of the most wanted in Bello are already identified the leaders of three gangs with greater armed and financial capacity, who are responsible for the armed confrontation in Bello.

Thus, up to now, up to $ 50 million will be paid to those who provide information that leads to the capture of Gustavo Adolfo Pérez Peña ("The Mountaineer"), Francisco Emilio Mazo Pulgarín ("Pocho"), Alber Antonio Henao Acevedo, (Alber) and Edgar Pérez Hernández ("El Oso"), who according to the police lead the gangs "el Mesa", "Pachelly" and "Niquía Camacol" (see photo).

And there will be a reward of up to $ 20 million for the nickname "Botellita", "Malacate", "Piolo", "Jelly", "Banano", "Agapo" and "Faro", coordinators of these criminal groups.

"This will allow us to share valuable information on the part of citizens and work in an articulate way to capture them," said Minister Botero.

One of the main conclusions of the Security Council is that the problem of confrontation between criminal gangs is not exclusive to Bello. In fact, said the military and high command police, there are indications of the arrival of criminals and possible alliances between these gangs with criminal structures with presence in the North and Low Antioquia Cauca.

For the time being, and as a first step, the Defense Minister ordered the creation of a metropolitan action strategy.

"If at any moment there is pressure in one of the places in the Aburrá Valley, there is immediately a movement of the criminals to other sectors. That is why we will work in coordinating actions of the Police, Army and Air Force," he said.

In the words of the governor (e) will be created a council of metropolitan security, in which there will be communication and articulation between the civil and military authorities of the 10 municipalities that compose the metropolitan area.

"A specialized bubble will be created on drug trafficking issues to improve results and achieve the demolition of buildings where drugs are sold," he said.

General Camacho reported that 568 people were captured in Bello so far this year, 57 attacks were made and 20 pistols, 23 revolvers, one submachine gun, two rifles, two rifles and six pneumatic weapons were confiscated; besides two grenades.

But the governor (e) reported that 98% of the captured were released. According to his information, 21 detainees were sent to house arrest and only 20 were taken to prisons.

"This has led to a commitment on the part of the Defense Minister to speak with the Superior Council of the Judiciary in Bogotá and see what is happening, since the resources invested and the work of the authorities are in the middle of the path," Ramirez said. .

The mayor of Bello César Suárez He assured that the security situation in his municipality has improved thanks to the operability of the police.

However, he acknowledged that this year there are 35 homicides, compared with 15 violent deaths in the same period of 2018.