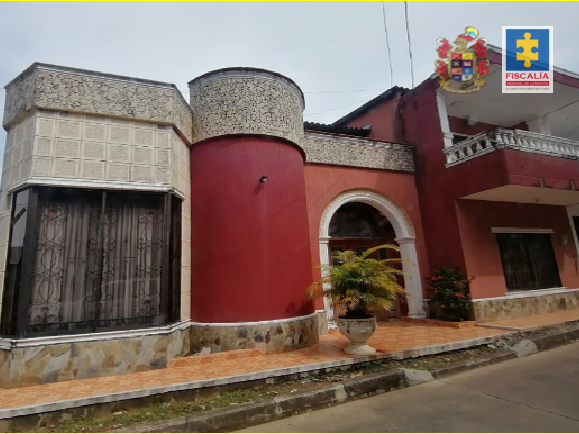 An extinction of millionaire rule confirmed on Monday the prosecutor that they were on behalf of Pedro Luis Herrera, also known as "Pedro Mula", better known by the authorities as the "Golden Tsar".

Assets valued at more than 24 billion ($ 24,336,000,000) The weights were located in the municipalities of El Bagre, Zaragoza and Caucasia in Antioquia.

The domain extinction operation was carried out by the Public Prosecution Service, Judicial Police, Army and CTI. Peter Luis Herrera had been captured on October 7 this year.

Police and Army advanced on October 28 and 30 in the municipalities of El Bagre, Zaragoza and Caucasia in Antioquiawhere & # 39; Pedro Mula & # 39; had its operations center of illegal mining exploitation.

"The prosecutor's investigation allowed us to show how Crime of Pedro Mula in the Low Cauca of Antioquia where it would supply machinery and supplies for the illegal extraction of minerals, moving resources estimated at around 20 billion pesos"Said the prosecutor.

In the three municipalities mentioned, employees of the Research Technical Staff (CTI) occupied Herrera's assets, among which stand out two illegal mines, a clothing and jewelry store located in the municipality of Zaragozaone gas station and an establishment of lubricant trade in catfish; as well as houses and plots in the urban and rural areas of the three populations.

Among the assets affected are 6 shops (5 in catfish, 1 in Zaragoza) and 11 vehiclesThese include a semi-trailer, a bus and a truck, as well as a quad and 7 motorcycles. They are also 20 properties (2 in Caucasia, 5 in Zaragoza and 13 in El Bagre).

Pedro Luis Herrera, 66, better known by the pseudonym & # 39; Pedro Mula & # 39 ;, was captured last October and was designated by the prosecutor as alleged financier of the Eln and Gulf Clan guerrillas, where it operates illegal mining activities.

Herrera was charged by the prosecutor as alleged responsible for the crimes of illegal exploitation of open pit deposits in Bajo Cauca antioqueñodamage to natural resources, environmental pollution from mining or oil deposits, bribery and financing of terrorist groups.

"Likewise, he is credited with political and social power exercising in the region the restriction of individual freedoms ”, concluded the Public Prosecution Service.