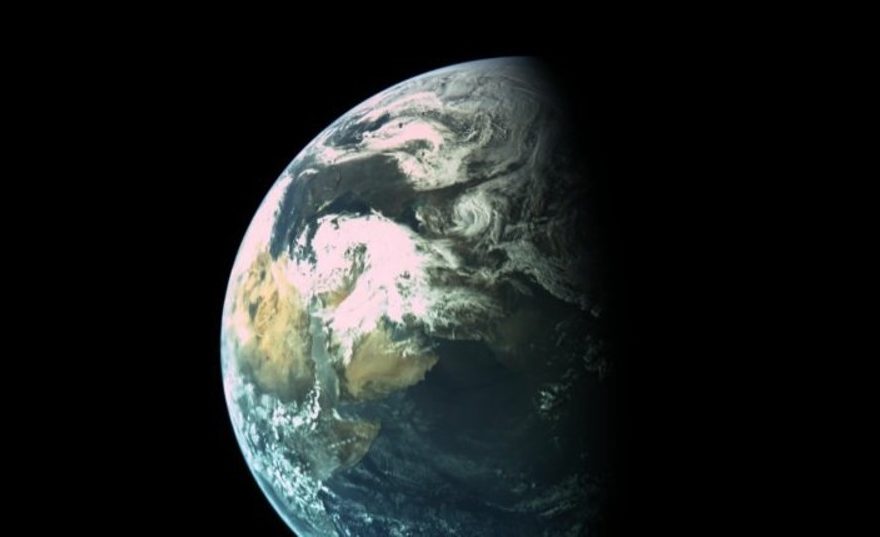 The Bereshit spacecraft continues to launch amazing images of space while successfully completing another maneuver on Monday. Launched from Florida in February, the unmanned aircraft built by Israel is to land on the moon on April 11.

"The teams are evaluating the results of the maneuver to determine if another alignment maneuver will be needed before heading to the Moon," they announced.

The move on Monday was in preparation for "Moon Capture," a tricky maneuver in which Berehsit will enter the moon's gravity and orbit before landing. During the last few weeks he has been orbiting the earth.

The engineering team, located in Yehuda in central Israel, has taken a rare photo of Earth about 10,000 miles away, the closest it will be to land before embarking on the next part of its journey.

Last week, Bereshit took an incredible video of a sunrise from space and took pictures of selfis with Earth.

Bereshit, who takes the name of the Hebrew word for the book of Genesis, is the smallest of these crafts by weight: it measures only 1.5 m. by 2 m. to 600 kg. (about 1,300 pounds) The initial cost of this venture is $ 100 million, which is cheaper compared to other deep space projects.