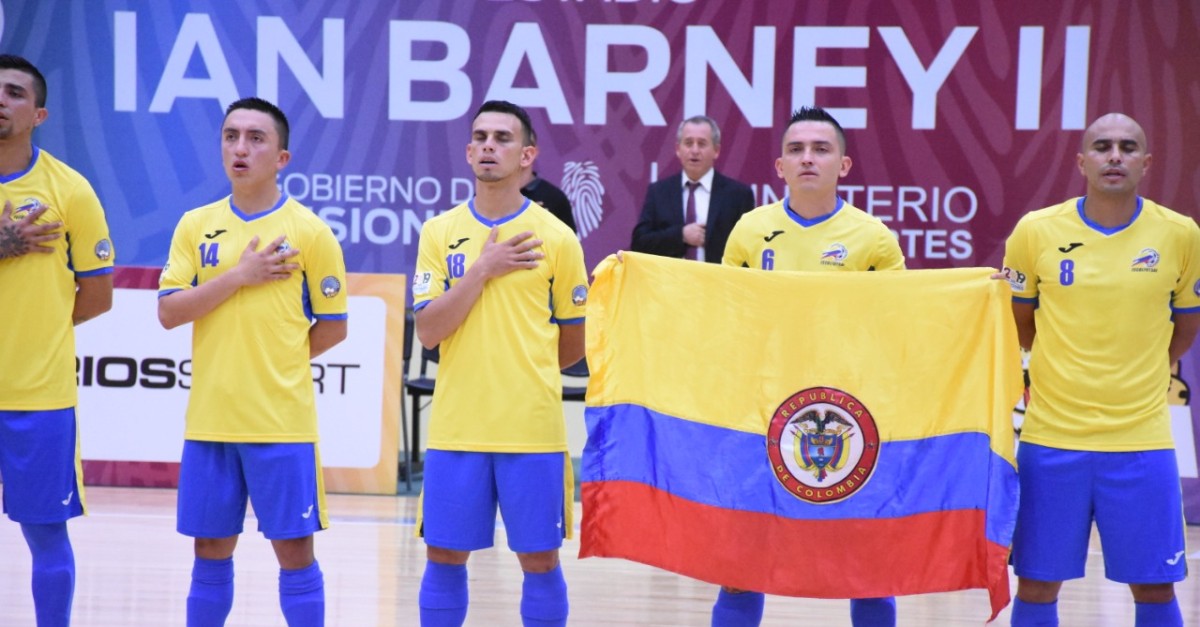 Colombia debuted with triumph in the Futsal World Cup

The Colombian national team beat Morocco 2-1 on Monday in their World Cup debut in the Salon de Misiones (Argentina) at the Ian Barney II Coliseum.

"Everything went as planned by coach Jaime Cuervo, who expected a Moroccan team with good players, but shocked," said Marco Antonio Garcés, the delegation's press officer.

The first goal came in minute 2.57: Diego Abril stole a ball on the Moroccan back and served to John Pinilla, who defined skillfully with the left foot to the right post.

Around 5:50 and 6:33 Morocco had two arrivals, but Colombia knew to settle back. The African box was gaining space and led to a free shot that could not convert. At 9:37, a failure at the start caused a dangerous foul that ended with the equalizer of Akatouf Zakaria.

The game won in excitement, with a determined Colombia to attack generating with Romero and Pinilla.

The start of the second half was similar, with the tricolor team in search of the goal of advantage.

At 10 minutes, Daniel Betancur received a service of Romero by the center and almost falling defeated Idrissi Moustafa left-handed. Golazo to give tranquility to the marker and obtain the first victory against the apparently more complicated opponent of the key. This Tuesday (19h30) the opponent will be to Bolivia.