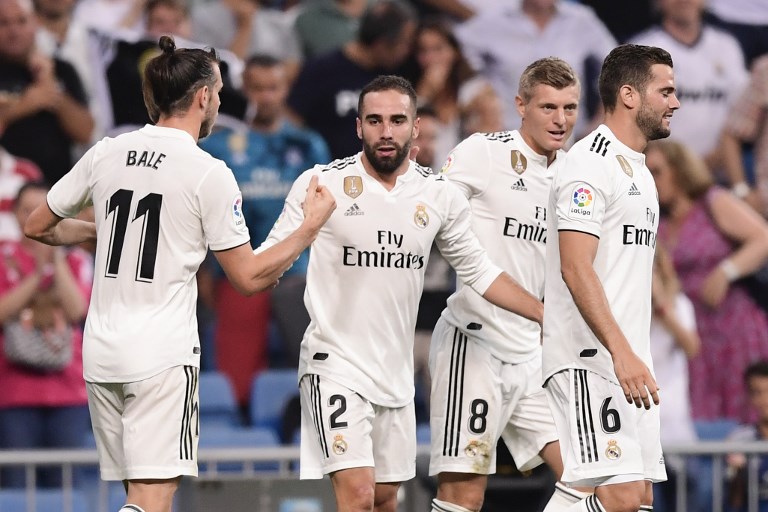 Real Madrid continues without technician on property, one week after being fired Julen Lopetegui. The council preferred to postpone the appointment of the new coach, leaving as interim the Argentine Santiago Solari.

It was not much that lasted the previous coach in the head of the meringues. The 5-1 victory against Barcelona condemned him, amid the bad results that had been confirmed. Driving in the classic was only a requirement for your departure.

However, Lopetegui is considered a good coach, at least for Dani Carvajal, the right-back who qualifies him the best strategist he's had, even above Zinedine Zidane, who led him to win three Champions League titles

"His way of seeing football, his way of managing the group, being with the players, is something I share, I said it before Real Madrid arrived, I keep saying now that he left and I'm going as long as he has no other coach who does better than he"said the 26-year-old footballer at a press conference.

Then, Dani Carvajal reiterated: "For me, he was the best coach I ever had. Unfortunately, he did not have the fortune to continue with us, "after just ten league dates in front of the club in the Spanish capital.

It may interest you: The president of Rio: Message of peace with a hug to the Boca fan

Already in the bad moment of the white square, the defender acknowledged that he and his teammates are not exhibiting the best football. However, It gives the season lost, taking into account what was the previous course. Although he started with problems, he ended up winning the Champions League for the third consecutive time.

"We are not going through our best moment, but Madrid always returns. Last year they criticized us on all sides and we ended up taking the champions, "recalled the side, who did not go unnoticed by the press.