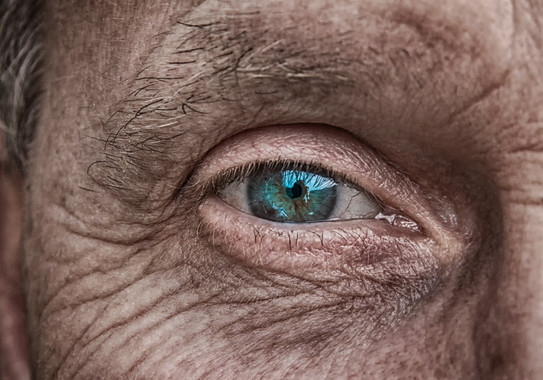 A new study led by Spanish María Llorens-Martín, scientist at the Severo Ochoa Molecular Biology Center (CBM-CSIC), shows the birth of new neurons in the dentate gyrus region throughout adult life. This mechanism is damaged in patients with Alzheimer's disease. The results contradict recent research that denied adult neurogenesis in the hippocampus.

Most neurons are already in the brain at birth. However, the formation of new neurons in the adult organ may occur in certain regions, such as the hippocampus. Although previous studies have established that this phenomenon occurs in rodents and other species of vertebrates, this process in humans has been questioned by recent research, such as those of José Manuel García Verdugo, University of Valencia.

Now, a study conducted by Llorens-Martin shows that a region of the human brain – known as a dentate gyrus – produces new neurons until the ninth decade of life. The results were published in Nature Medicine.

The researchers analyzed brain tissue samples from 58 human participants and found that neurogenesis in the hippocampus of the adult human brain can be observed throughout life, at least until the age of 87, with some age-related decline. However, it drastically declines in patients with Alzheimer's disease.

"There is still a long way to apply these results to the treatment of humans," says Llorens-Martín

According to the authors of this study,Discrepancies between its new findings and previous investigations, which did not detect neurogenesis in adult humans, may be due to differences in the methodologies or quality of the tissue samples examined.

"The way brain tissue is processed affects the detection of immature neurons in the human hippocampus," explained Sinc Llorens-Martin. "There are still many things to know, but we hope to contribute to the advancement of knowledge about this process."

The birth of new neurons in the adult human brain is of great importance for modern medicine, since this special type of neurons generated in the hippocampus participates in the acquisition of new memories and learning in rats. "Our study provides data hitherto unknown about how these cells mature in the human dentate gyrus," adds the Spanish researcher.

"There is still a long way to go to apply these results to the treatment of humans, but the results obtained are encouraging because they show the existence of a dynamic population of cells that in other species of mammals have been shown to be important for the regulation of memory. ", Emphasizes Llorens-Martin.

The study also compares the adult hippocampal neurogenesis process in a group of 13 healthy subjects and 45 patients with Alzheimer's disease.

The number of new neurons decreases dramatically in the early stages of the disease to continue to decrease progressively as the disease progresses. In addition, these cells encounter problems at different stages of the maturational process of neurons. As a result of this blockage, the number of neurons generated that eventually reaches full maturity is much lower in Alzheimer's patients.

"These findings are of great importance in neurodegenerative diseases. Early detection of a decrease in the generation of new neurons may be an early marker of Alzheimer's disease," he says.

While the results are hopeful, the question remains why other recent investigations deny the regeneration of neurons in adult brains.

In addition, if the results are confirmed and there is actually adult neurogenesis, this will open the door to possible therapies to stop Alzheimer's disease. "If it were possible to increase the birth and maturation of new neurons in a manner similar to that done in laboratory mice, new therapeutic possibilities could be opened to alleviate or slow the progression of the disease," Llorens concludes. Martin

Divergences with other investigations

Although the results are hopeful, the question remains why other recent research, published by research groups specializing in high-impact journals, has denied the regeneration of neurons in adult brains. The study examines the possible causes of these contradictory results in neurogenesis.

According to the authors, the reason may be that the chemical treatments to which human brain tissue samples are subjected to the study affect the detection of immature neurons. After applying different chemical treatments on samples obtained from the same subjects, the authors observed very different numbers of cells. Moreover, when such treatments were more aggressive or prolonged in time, the signal emitted by the new neurons disappeared completely.