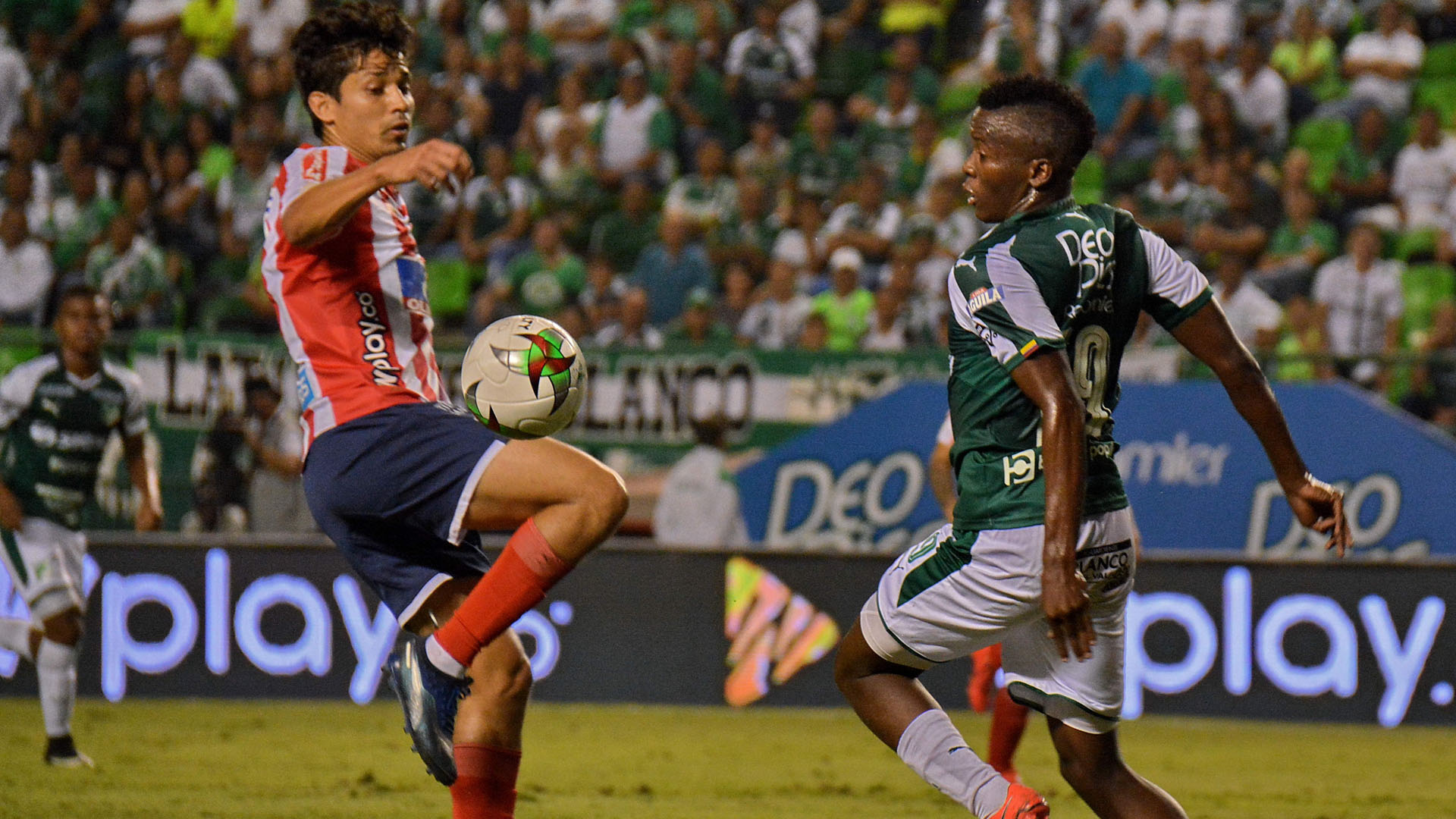 New start, tenth tie for Junior in the Eagle League I-2019. The & Shark & ​​# 39; does not lose – has an unbeaten record of 16 dates – but also does not win – his last triumph goes back to March 24, when he beat Huila 3-0 – a strange equation that keeps him at the top of the table, with the rank almost grabbed the pocket, but unable to convince with his football, which produces little or nothing in attack.

This Wednesday against Deportivo Cali, in Palmaseca, was more of the same. Bold at first, reaching for the place, but lost strength and momentum with the passage of minutes. Cali took the lead and the best options, but Uruguayan goalkeeper Sebastian Viera and the crossbar drowned the goal of the sugar crying again and again.

He tried Féiver Mercado, Delorenzi, Carlos Gutiérrez, Yeison Tolosa, but everyone was losing chalk & # 39; no sack, and a little luck, to open the scoreboard. At the side of Junior the options were at the feet of Luis Diaz, who hit the lightest on the beam. They also tried Rangel, no luck, and Matías Fernández's ball, the only way the Chilean is noticed in the field.

Victor Cantillo's entry into the second half changed the face of the game a little. Junior regained the spotlight and squeezed a Cali defense that suffered with each approach of the Shark.

The rojiblancos generated soccer, but lacked strength for the front. Luis Diaz was the only one who dared to the barren contribution of players like Rangel, Matías Fernández and Roger Torres, the latter who was more or less in the game.

Sambueza came in but he could not connect with the game. Junior had the triumph in the head of Ditta and in the feet of Diaz, but hit with a wall called Camilo Vargas.

With this tie, the rojiblancos reached 28 points, two of a hypothetical classification. It does not lose, but it does not convince either.

1. Luis Diaz warned in the first action, but his header fell on the dash.

6. Shot by Tolosa, saved by goalkeeper Sebastian Viera, the rebound is served by Fiver Mercado, but he pushes to the back of the net, but his shot goes over the goal. Junior is saved!

8. Gabriel Fuentes center, Michael Rangel, free mark, tries to hit volleyball, but fails to connect the ball, which goes to the side of the area.

33. A half-distance shot by Carlos Rodríguez, who cleaned goalkeeper Sebastián Viera again with a spectacular stretch. Junior is saved!

37. Kick-free run by Féiver Mercado and the ball falls from the bar on the red and white portico. Junior is saved!

45. Free kick taken by the Chilean Matías Fernández who is closing and hits the goal side.

19. Shot by Carlos Rodríguez, at the edge of the area, passing close to the vertical. Junior is saved!

29. Rangel gives the ball to Luis Diaz, the guajiro makes a double hook in the area, to leave a defender on the way and gives a kick, that leaves.

45 + 1. Filmed by Luis Díaz, at the border of the area, which passes close to the vertical. Deportivo Cali is saved!