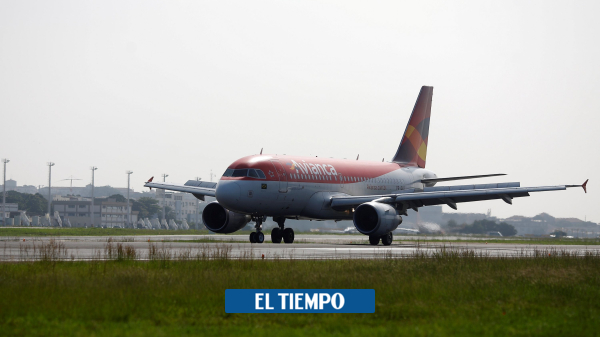 Avianca Brasil canceled more than 1,300 flights, as the failed airline was forced to reduce its fleet by more than two-thirds.

Cancellations, from 19 to 28 April, are national. Airports in Brasília, Guarulhos in São Paulo and Galeão in Rio de Janeiro are the most affected, the newspaper reported. The state of Sao Paulo.

Avianca, which filed for bankruptcy in December, is expected to return 18 aircraft leased after the Easter holiday, Brazil's National Civil Aviation Agency said on Thursday, reducing its fleet to just eight aircraft. Earlier this month, the airline – the country's fourth-largest airline – had 35 aircraft.

This week, the National Civil Aviation Agency (ANAC), the Brazilian airline industry regulator, said that the return will begin on Monday and will be phased in to mitigate "the effects on passengers," many of which have already been affected. with the cancellation of more than 300 flights, in full Festival of Holy Week.

Avianca Brasil operations were impacted by judicial decisions that determined the return of most of its aircraft due to lack of payment.

The company – originally Ocean Air – accepted bankruptcy law to restructure its high debt and ensure the continuity of its operations. The company has accumulated debts of more than 1,000 million reais (about 256 million dollars), which has led to several lawsuits in court.

Airlines Latam, Gol and Azul have expressed interest in taking over the assets that Avianca Brasil is willing to auction.

OceanAir, whose president is José Efromovich, is an independent company of Avianca Holdings S.A., whose head is Germán Efromovich, his brother. It uses the name of Avianca Brasil commercially under a Name Use License that signed with Aerovias of the American Continent S.A.