Recently, Xinhua Insurance investors have to tighten their seat belts and prepare for a quick response, starting the stock price roller coaster.

And this change of highly worried staff is Wan Feng, the chairman of the transformation of Xinhua Insurance. It is reported that the next stop of Wanfeng will be Xinguang HNA Life, and the various procedures are currently handled almost. In response to this change of staff, Xinhua Insurance announced that it is planning to re-elect the board of directors, and specific appointment and dismissal information will be released according to procedures. But what is certain is that, as a veteran of the insurance industry, Wan Feng's words and actions have received much attention and are considered industry stars, and his exit will inevitably bring shocks in the market.

Rumors of the change in coaching led to stock price volatility

On January 7, Xinhua Insurance opened a little more and quickly plummeted and fell. It continued to fall in the afternoon. The largest decline was from 9.99% to 39.09 yuan, reaching the daily limit, with a billing of 2.605 billion yuan.The stock price hit a new low of two and a half years. 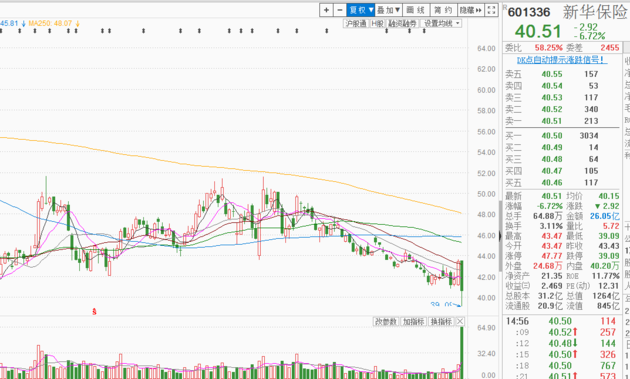 Some institutional analysts said the Xinhua Insurance stock price move was related to recent changes in management. According to public information, Wanfeng was born in 1958 and is a veteran with more than 30 years of insurance experience. He worked at China Life from 2003 to 2014 and joined Xinhua Insurance in October 2014. He served as President (Chief Operating Officer) and President and CEO of Xinhua Insurance.

After taking office, Wan Feng proposed a five-year plan for the transformation of value: 2016 to 2017 is a "transitional period", ie it is necessary to gradually replace the premiums paid by the insured and renewed premiums and establish the business initially interim and renewal. The mode of development, from 2018 to 2020, is a development period, that is, a renewal and development model is fully formed, focusing on the development of interim long-term business and the adjustment of the business structure.

The annual report of Xinhua Insurance of 2017 shows that Xinhua Insurance has vigorously restricted the rectification of the banking business and the development of the business. In the same year, premium paid in the period increased by 17.4% over the same period of the previous year, the health insurance premium went from 14.2% to 35.1% and the company's new business value ratio reached high of 39.7%. According to data released by the website of the China Insurance Regulatory Commission, from January to November 2018, Xinhua Insurance realized the original revenue of 116,122 billion yuan (unaudited), an increase of 11.73% over previous year and the sixth. This is the first time Xinhua Insurance's premium business has achieved double-digit growth after two years of transformation, and the market ranking has stabilized and rebounded, gradually narrowing the gap with the previous few.

It can be seen from the performance of Xinhua Insurance that Wanfeng brought changes to Xinhua Insurance, and it is reasonable for the market to pay close attention to the appointment of Wanfeng.

Xinhua Insurance recently responded that the company's sixth board of directors is about to expire and is currently planning a board renewal. The Company will normally perform the procedures for the re-election of the Board of Directors in accordance with the relevant laws and regulations, the Exchange rules and the Bylaws, and will promptly disclose the relevant information as necessary. Currently, the operations and management of the company are normal. As of the end of the third quarter of 2018, the ten major shareholders of Xinhua Insurance have the following list: 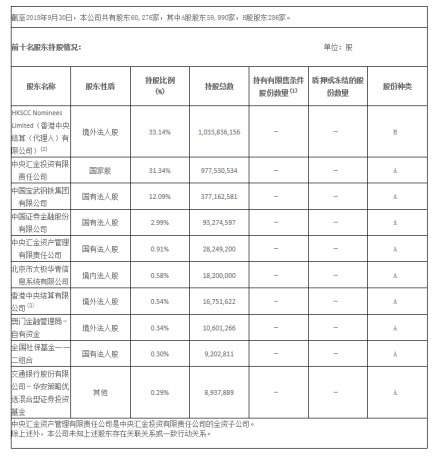 Insurance stocks fell to the altar

It is worth mentioning that the decline of January 7 is not limited to Xinhua Insurance. Affected by the fall of Xinhua Insurance, many insurance leaders in the A-share market recorded a decline, becoming the concept section with few gains on day 7. Among them, China Pacific Insurance A shares fell 2.1% China Life Insurance fell 1.12%, China Ping An fell 0.16%.

The insurance stock market is clearly different from the 2017 market. By 2017, due to the development of the A-share market and the overall improvement of the life insurance industry, the insurers' stock price has reached record levels. The market must rise all the way. At that time, some research reports said that the fundamentals, policy, and negotiating structure of the insurance industry are supporting industry performance. Despite fluctuations in individual economic indicators, the trend of economic stabilization is basically clear, while financial leverage has made the interest rate environment steadily increasing, and the macroeconomic environment has benefited insurers' investment side.

Tianfeng Securities recently reported that the trend of long-term interest rates is uncertain, but the current price of life insurance stocks excessively reflects pessimistic expectations of interest rates. However, the 10-year bond yield implicit in the current price of life insurance shares is expected to be less than 2.0% while the 10-year bond yield is lower than the 2.0% .

The turning point of the life insurance business has been

The problem of the life insurance industry is reflected not only in the stock price, but also in terms of premiums. In 2018, affected by document number 134 and the negative economic risks, annuity insurance was greatly affected, the insurer's sales strategy was transformed and actively adjusted passively, and the premium growth rate slowed. According to data from the China Insurance Regulatory Commission, as of the end of November 2018, the original life insurance income of the life insurance business was 196.4 billion yuan, down 4.8% in relation to the previous year. 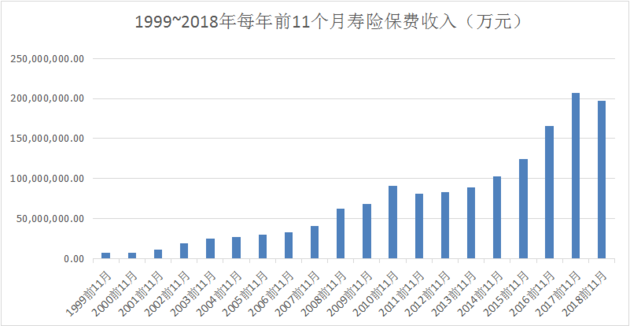 In 2018, the original life insurer premium in January was the first negative growth in five years. Insiders said the source of negative growth in the life insurance industry in 2018 is a good start. According to data released by the former Insurance Regulatory Commission in January 2018, the original turnover of life insurance companies was 560.041 billion yuan, an annual reduction of 25.50%. The reason for the decline is related to Circular 134. Northeast Securities believes that life insurance companies are subject to the restrictions of the China Insurance Regulatory Commission in policy No. 134, and there are further adjustments in the form of "open door ". In the past, the fast return annuity model "main challenge" was challenged, "open the door" The difficulty in sales of all kinds of products dragged the decline in the original premium revenue from the life insurance company in general.

Although monthly life insurance premiums have increased in the coming months, all contributed to the impact of the opening, and industry premiums were still growing negatively. At the recent 20197 Huibao World Insurance Conference, Wan Feng said: "The inflection point of life insurance business development has been done." Wan Feng believes that from the perspective of the allocation of asset structure and return on assets, the turning point of the industry is reflected in the turning point of product development, the turning point of the payment period, The inflection point of the growth. The proportion of financial products will gradually decrease, and the proportion of health insurance and old-age pension will increase. In addition, the proportion of cross-selling will gradually decrease, and intermediate and short-term deals will increase, and premiums will gradually become the primary payment method. "Now all companies have realized the impact of paying premiums and premiums on the company's ability to sustain development, and have begun to adjust this business structure and will gradually achieve significant results in the coming years."

Wanfeng expects that, according to the growth in life insurance premiums, first-year premiums may continue to grow negatively in 2019, mainly because: First, financial products will continue to decline. By 2019, the fortune-management product business is expected to shrink, and the total amount of equity management products will be reduced. The main reason is that current market liquidity is insufficient, banks' funds are still low and savings deposits may continue to decline. Secondly, from the industry's point of view, in the past, financial products were the mainstay: in 2019 (in fact, it was already reflected in 2018), competitiveness will fall dramatically. Third, health insurance will increase substantially by 2019, and the growth rate may exceed 30%, but its volume is small, and the amount of growth is not enough to fill the gap caused by declining wealth management products.