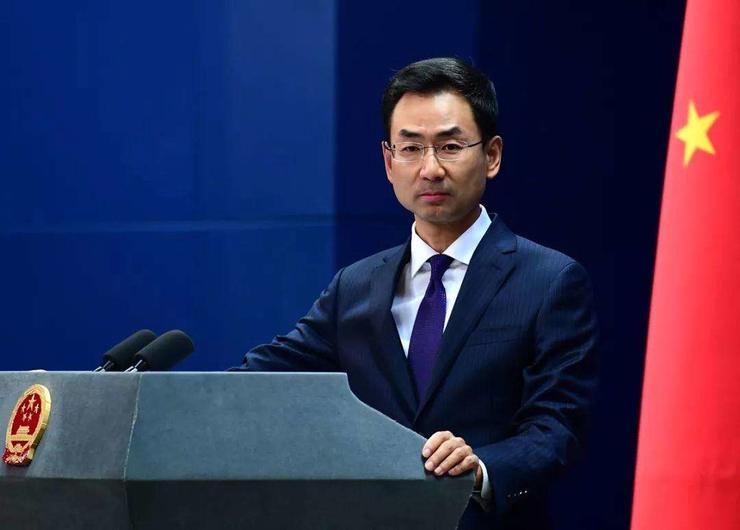 Ministry of Foreign Affairs of China: urging Canada and the United States to clarify the reasons for the detention of Meng's ship, and to release immediately

In response to the request by the Canadian police for the arrest of Meng Zhouzhou, the regular press conference of Chinese Foreign Ministry spokesman Yan Shuang, held on December 6, indicated that the Chinese side indicated the case to the Canadian side and North American. The position requires the other party to immediately clarify the reasons for the detention, immediately release detainees and effectively protect the legitimate rights and interests of the parties.

Lei Fengwang(Public number: Lei Feng network)Followed by local time reports on December 5, Canadian police arrested the financial director of Huawei, Meng Xizhou, a spokesman for the Canadian Ministry of Justice said the United States hopes to extradite Meng Zhouzhou to the United States. In this regard, Chen Lifang, a member of the board of directors and senior vice president of Huawei, first replied: There is very little information about the specific quality control provided to Huawei. Huawei does not know that Ms. any misconduct.

The 3G spectrum of the three major carriers has stabilized. What happened to the 3G era?

On December 6, Lei Fengwang nightly news, according to the Post and Telecommunications Bureau reported that the top three operators have obtained the license frequency of 5G national low frequency band test.

The specific spectrum is divided as follows:

What is the basis for spectrum planning for the three major carriers? In general, the principle of the Ministry of Industry and Information Technology is balanced, and the merger and division of the communications sector is mainly related to this principle.

From the frequency band point of view, China Mobile achieved 160MHz bandwidth in the 2.6GHz band and 100MHz bandwidth in the 4.9GHz band. The 2.6GHz band has broader coverage than the 3.5GHz band and China Mobile has more bandwidth capabilities as a whole. However, the real situation is that the industry chain of 2.6 GHz and 4.9 GHz is not mature, and the pre-tests of national and international operators are more concentrated in the average band of 3.5 GHz. 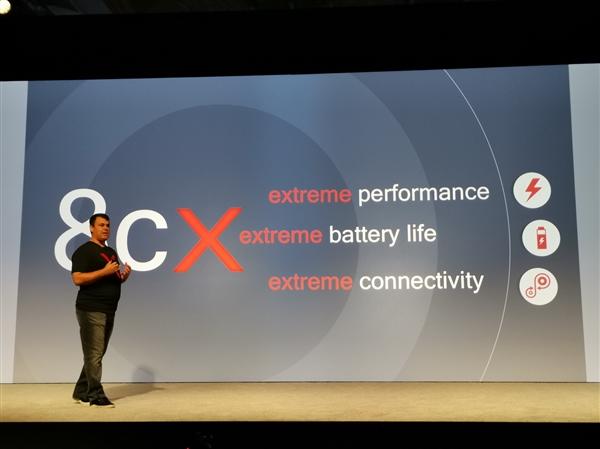 On December 6, the third day of the Xiaolong Technology Summit, Qualcomm launched another box office and launched the strongest PC Snapdragon 8cx platform in Qualcomm's history. The Snapdragon 8cx can be considered as a super-improved version of the Snapdragon 855. It is the world's first PC processor with a 7nm process. The power consumption of the thermal design is only 7W, but it has performance and functions at the PC level and supports 4G always online and always connected. It can provide several days of battery life. 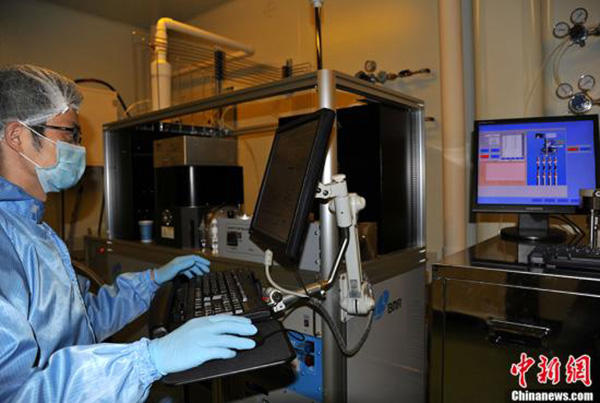 According to public information, the Mushroom Street IPO issued a total of $ 4.75 million of American Depositary Shares (ADS), and the initial public offer price of ADS per share was $ 14, raising a total of $ 66.5 million. With the addition of the subscription portion of 7,125 million subscriber ADSs, Mushroom Street's largest fundraising amount is approximately $ 76.5 million.

Payment of funds from Alipay and other institutions will be delivered to the central bank next month Experts: The withdrawal rate will increase.

Recently, the People's Bank of China Payment and Settlement Division issued the "Notice on the payment of RMB accounts for payment of RMB accounts by payment agencies", requesting that all third-party payment institutions revoke the reserve funds of the RMB before January 14, 2019. The "prepared payment" account will be assumed by the central bank. As a result, third-party payment agencies will not be able to receive interest through the provision.

Experts said the regulations have little impact on the fast payment consumer experience, but the regulation will make the bargaining power of the bank weakened, which will lead to higher channel costs, not being excluded from the use of the outsourced payment channel to pay the credit card in the future. Or the handling fee for withdrawal will increase.

The number of mobile broadband users in China reached 1.294 billion, and the penetration rate reached 93%.

Recently, China Broadband Development Alliance launched the tenth "China Broadband Popularization Report" (third quarter of 2018). The report shows that as of the third quarter of 2018, the number of fixed broadband households in China reached 382.039 million, fixed broadband. The penetration rate of households reached 85.4%, 3.4 percentage points above the second quarter of 2018, 12.9% higher than the same period of the previous year, while the number of mobile broadband users (3G and 4G) reached 129,407 million (excluding mobile resale users). The penetration rate of broadband users reached 93.1%, a second increase of 2.7 percentage points compared to 2018, an increase of 18.1% over the same period last year.

The scale of China Mobile Investment Corporation exceeded 100 billion and became a shareholder of many companies, such as Xiaomi. 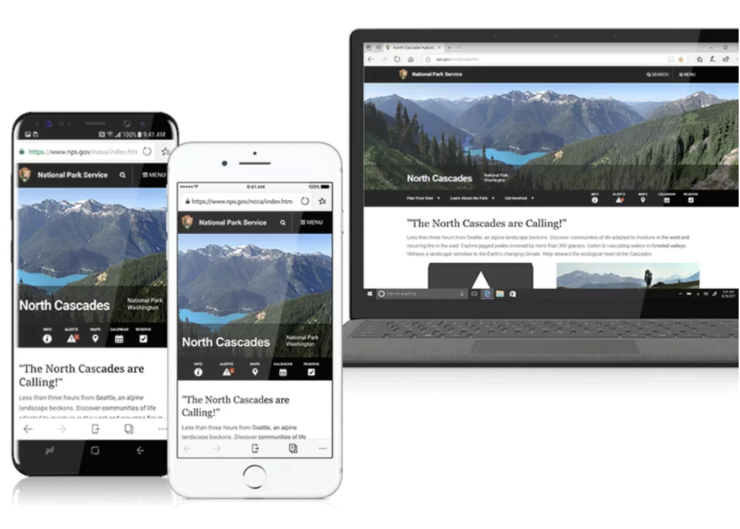 Based on Chrome's open source mechanism, Microsoft has re-developed the browser's edge

According to the report, Microsoft announced today that it will make some major changes in the browser edge, which will be developed based on the open source mechanism Chromium, which is the mechanism behind the Google Chrome browser, which means that Edge will adopt soon Flashes ev 8 JavaScript engines. This is an important action, which means that Microsoft will join the open source community more broadly and is tantamount to recognizing Google's leadership in browser technology. At the same time, this version will also appear on the MAC system, Windows 7 and Windows 8.

Currently, Microsoft's share is far behind Chrome. According to StatCounter, Google Chrome's market share was about 62% in November, while Edge's share was around 2%. According to reports, Microsoft has considered this decision for at least a year, and many of the driving forces come from consumers and companies who want Microsoft to improve network compatibility. Edge has improved in this respect, but users are still having problems with some minor compatibility issues. Updating to Chromium will immediately resolve these network compatibility issues and will remain with Chrome and other browsers that also use Blink.

The EU has not reached an agreement on the digital tax, France intends to tax the technology giant alone

On December 6, France's Finance Minister Bruno Le Maire said today that if EU countries can not reach agreement on the digital tax, France will face the digital giant nationwide from 2019.

On Tuesday, EU finance ministers failed to reach an agreement on digital income tax, though France and Germany tried to salvage the proposal at the last minute, focusing on tax giants like Google and Facebook. Bruno Le Maire said in an interview with French television: "I hope that the EU countries can reach an agreement by March next year. Otherwise, from 2019, France will face these digital giants at the national level." 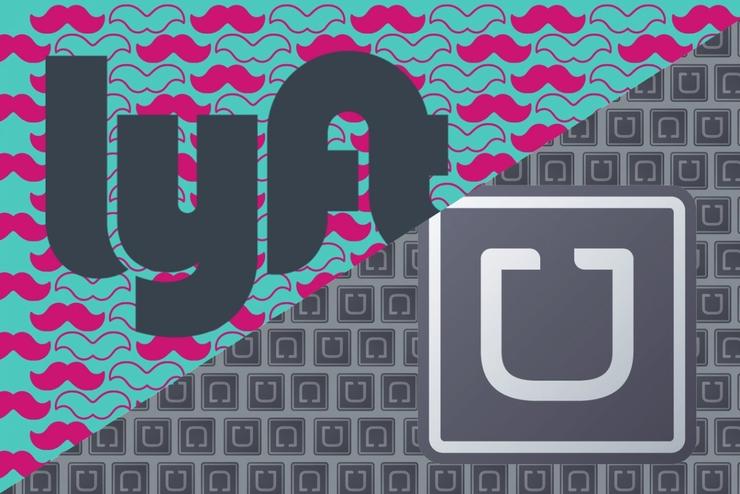 On December 6, according to foreign media reports, Uber competitor Lyft taxi software filed a draft IPO registration statement. Earlier, The Wall Street Journal reported that Lyft had chosen a subscriber for the IPO in the first half of next year. JP Morgan Chase, Credit Suisse and Jefferies Group will lead the launch together. It is noteworthy that Uber CEO Dara Khosrowshah said in an interview this July that Uber will be the IPO in the second half of 2019, and it looks like Lyft will be listed before Uber.

Recently, some media found that the Facebook page of Facebook founder and CEO Mark Zuckerberg publishes all the "missing" just to see photos, profiles, etc .; on the mobile side of Facebook, Zuckerberg's friends section also showed "do not find a friend." It is unclear whether Facebook is defective or deleted.

Facebook has been undergoing a data crisis lately, and a congressional committee in the UK has issued a series of internal emails to Facebook on Wednesday. Email content shows that Facebook uses the user data as the bargaining currency. In other words, if sharing these data encourages people to spend more time on the platform, Facebook will provide access to the data externally, if there is a potential competitive threat, the company will impose strict restrictions on the partner. .