The best and worst 30 cities in the country are out of the water, take a look at your hometown | Nanhu_ 新浪 新浪 Nan 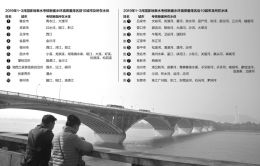 The best and worst 30 cities in the country are out, look at your hometown.

What is the quality of the city in which you live? On May 7, the authorities gave the latest results.

Since May 2019, in addition to the "Atmospheric Ranking", the Ministry of Ecology and Environment has begun to disseminate a new "water quality ranking" to classify the quality of the aquatic environment and the changes in the sections of surface water assessment of cities . And the top 30 and the last 30 are announced monthly.

It is understood that the scope of the city to participate in the "water quality ranking" is defined for all city-level cities of city hall and above with "national section of surface water assessment."

The so-called "National Surface Water Assessment Section" is a 2050-country surface water assessment section, established according to the "13th Five-Year National Environmental Quality Monitoring of Surface Water", mainly distributed on the Yangtze River, Yellow River, Pearl River, Songhua River and Huaihe River. The main rivers and main lakes of the three major river basins, including the Haihe River and the Liaohe River, and the three rivers to the northwest, the rivers of southwest and Zhejiang and Fujian.

In the water quality ranking, there is no urban water table, black and odorous water bodies, and smaller rivers, lakes or reservoirs that do not have a national surface water assessment section.

In terms of specific calculation indicators, the classification is in accordance with the requirements of the "Technical Regulation for Environmental Quality of Urban Surface Water (Test)" and the temperature of the water and fecal coliforms in Table 1 are adopted in Table 1 of the Standards of Environmental Quality for Surface Waters (GB3838-2002). The 21 indicators besides total nitrogen are consistent with the indicators of evaluation and evaluation of surface waters.

"Daily Economic News" reporter noted that the first published "water quality ranking" list, Shanxi Luliang and Liaoning Yingkou two cities have the most unsatisfactory results, whether it is the "absolute value" of the quality of the water environment, or changes O "relative value" of the two cities ranked first and second to last.

In terms of the "absolute value" of water quality, river water quality in the south is obviously relatively good: Sichuan Ya, Guangxi Laibin and Guangdong Yunfu are in first, second and third places. However, in terms of the "relative value" of the change, the cities of Siping and Changchun, in Jilin province, ranked first and second, indicating that Jilin province has a greater intensity in controlling water pollution.

Status quo: the compliance situation of the aquatic environment in some areas is bleak

At the same time, the Ministry of Ecology and Environment also informed the society about the overall state of the aquatic environment in the first quarter of 2019. In the first quarter of 2019, the overall quality of the aquatic environment in the country improved, the proportion of water (I-III) increased by 8 percentage points year-on-year, and the proportion of water loss (lower than Category V) decreased by 3.6 percentage points year-on-year, but the work of prevention and pollution control unbalanced, the situation environmental compliance in some areas is still bleak.

Among the 12 lower sections involved in the Action Plan for the Protection and Rehabilitation of the Yangtze River, the city of Jingmen, the Gongjiawan of Maliang, the mouth of the Shining River of the Ten Commandments, the Weihekou of Jingzhou, the Concentration Team of Yunzhou of Jingzhou , the Xiguan Bridge of Chuxiong, etc. The water quality of the six sections is still lower than Category V. In addition, the section of the Yichang Railway Bridge (Xiao Guilin) ​​is a new lower section V in the Yangtze River Basin.

In the 10 sections of the lower section of the sea rivers involved in the Bohai Sea Comprehensive Management Action Plan, the water quality of the four sections of Ma Shekou port, Wanjia Wharf, the north drainage river port, and the Yingkou Highway Yinggai in Liaoning are still inferior. Class V. Six new V sections, such as the Canglang Canal departure in the Tianjin Binhai New Area, the Yinghe Shahe Estuary, the West Forest of Jinzhou, the Qinhuangdao Yinmahekou, the Zhangzhou Lijiabao I and the Shandong Bridge Weifang Liuyu were added .

Among key lakes, the degree of flowering of water on Lake Taihu and Lake Dianchi is higher than in the same period of 2018, and the total phosphorus index of Lake Fuxian does not conform to the pattern.

The Ministry of Ecology and Environment said it will focus on outstanding issues, urge areas where the water environment meets standards to further enhance efforts and promote continuous improvement of the quality of the aquatic environment.

Case: The water quality of Wuhan Nanhu is 13 years.

Hu Kemei, deputy director of the Monitoring Department of the Ministry of Ecology and Environment, said in a media interview that the list of "water classifications" was issued to highlight the role of the ranking of urban surface water quality and reflect objectively the effectiveness of prevention and control of local pollution. And the degree of effort to further promote the transformation of the management of China's aquatic environment from the main focus on reducing pollutants to the main purpose to improve the quality of the water environment.

According to the daily economic news, on May 6, the Ministry of Ecology and Environment notified the Central Ecological Environmental Inspection Group to provide feedback to Hubei Province on "inspections" and special inspections. Although the rectification of the Provincial Inspector of Hubei has made significant progress, some of the local and department still have problems, such as lack of ideological understanding and insufficient promotion of rectification work, some problems did not reach the expected objectives, and there are even cases of surface grinding, surface grinding and fake grinding.

As the capital of Hubei province, Wuhan has 166 lakes listed in the Hubei Provincial Lake Protection List, known as the "City of Hundred Lakes".

According to feedback from the first round of the Central Inspector of Environmental Protection, among the city's 166 lakes, only 4% of 166 lakes were better than Class III in 2015 and 23% were lower than Class V. Compared to 2013, 30 lakes. The quality of the water is getting worse.

However, after feedback from central environmental inspectors, the water quality of the lakes in Wuhan did not improve, but deteriorated. Among the 166 lakes in the city, about 48 water quality below grade V in 2017, accounting for 29%, an increase of 11 compared to 2015. Among them, the water quality of Lake Nanhu has been less than V since 2006, and the water has been eutrophic for a long time, and every year there are events of "water flowering" and dead fish phenomena.

As the third largest city of Wuhan, the water quality of Nanhu Lake has not been resolved for a long time.

The inspector pointed out that the rectification and deployment were slow, the project was delayed, the discharge was not rectified, the sewage was dumped directly into the lake, the construction and operation were extensive and the "contamination" became "sewage."

Nanhu water environment improvement work plan: Before the end of September 2018, the phenomenon of sewage directly discharged into the lake around Nanhu Lake will be eliminated, before the end of 2018, the comprehensive interception of Nanhu Lake will be held. However, the inspector found that the sewage remediation and interception work was seriously delayed, Nanhu's rainfall and sewage diversion rate was below 30% and among the 43 points around the lake, 17 were obviously mixed with large amount of domestic sewage. Spot check found that the residential gate is the largest in Nanhu, and is the mixed rain-soil flow output of 8 residential buildings and 3 colleges and universities. During the on-site inspection, a large amount of sewage was being discarded in a straight line and the odor was smoked. Chemical oxygen demand and ammoniacal nitrogen concentration were as high as 168 mg / L and 15.4 mg / L, respectively.

At the same time, the inspector found that a large amount of sewage from Zhongnan University of Economics and Law was dumped directly into Nanhu Lake, with an oxygen demand of 380 mg / L, which was more than twice the average concentration of surges of the city's sewage treatment plant. In order to temporarily solve the problem of direct discharge of sewage, the school built a sewage emergency treatment facility. However, the inspector's team discovered that the school discharge directly discharged the sewer and that the sewage emergency treatment facilities were shut down. Operators also directly discharged the sludge into the facility and flowed to the South Lake through the lawn at lakeside Sewage facilities are very bad in nature.

In this regard, the inspector believes that the Wuhan Municipal Party Committee, the relevant government and departments have insufficient planning, supervision and guidance on the main tasks of reconstruction of the city sewerage network, sewage interception and pollution control, resulting in ineffective implementation of supervision work and rectification, Nanhu Water Control Project Environment After the delay, the work of the sewage network transformation is seriously delayed.The problem of direct discharge of rain and sewage and a large amount of domestic sewage is still prominent , and the pollution of the South Lake is serious.