The Asian Cup can still adjust the list of 23 people 6 hours before the game starts.Lippi lost the angry Iraqi _ Zhang Luzheng

The list of 23 people can still be adjusted 6 hours before the start of the Asian Cup Lippi is angry with Iraq. 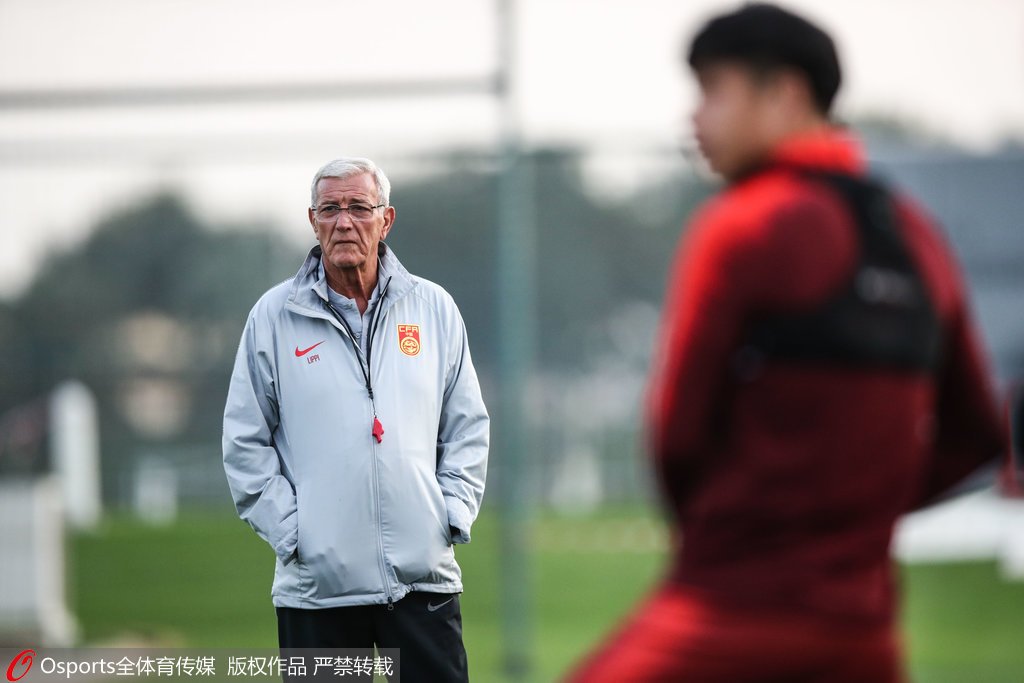 According to AFC requirements, each team that participates in the Asian Cup next year must send a list of 23 players 10 days before the start of the competition, and the Chinese team should send the list as scheduled. As left-back Li Xuepeng left the team due to an injury, coach Lippi need only "cut" one of the remaining 24 players to confirm the formation of the Asian Football Cup. However, due to the injury of goalkeeper Zhang Lu, who is actively recovering, for the young goalkeeper Guo Quanbo, Lippi still need to take further action and decided to bring the 24 players to the United Arab Emirates, even if the name of Zhang Lu not on the list of 23 people. . The final version of the list of 23 players of the Asian National Football Cup needs to be finalized before the competition starts.

In the warm-up match in Doha, Qatar on December 24, local time, the Chinese lost 1 to 2 to the Iraqi team. Coach Lippi is angry at the low level mistakes of the Chinese team's defeat and the defense that led to their defeat. But for him and the whole team, it is more important to solve the problems exposed in the warm-up time and find the best competitive state before the Asian Cup.

On the 25th, the Chinese team continued to train at the Aspen base. Reporters who came to report the team accidentally discovered the figure of goalkeeper Zhang Lu, which was Zhang Lu's first training since the team arrived in Doha. However, Zhang Lu did not participate in high intensity clash training from start to finish, but the side of the field to resume training, such as running.

Zhang Lu returned to training camp, but he can participate in the Asian Cup? The answer to this question was not reached until the team resumed the two-day pace on day 26. However, according to AFC regulations, Asian Cup teams must present a list of 23 players 10 days before beginning of the team, which means that regardless of Zhang Lu can meet the criteria before the Asian Cup, the Chinese team must submit first. A preliminary version of the list of 23 people.

Since the national football team went to Doha to bring 25 players, Li Xuepeng left the team earlier because of a serious injury in Achilles, so the technical team usually only needs to "decrease" one person from the remaining 24 players to determine the list. Considering that a total of four goalkeepers arrived in Doha with the team, the one that was eliminated should be the goalkeeper. It is widely speculated that this candidate will be produced between the injured teenager Zhang Lu and Zhong Heguo, Guo Quanbo.

It is understood that the name of Guo Quanbo is on the list of 23 people who are preparing to submit to the AFC primaries. Prior to the training of the national football team in Haikou, the young man did not appear in the Wanzhou International Invitational Tournament on behalf of the 1997 Olympic Games. He had no other experience in international competitions, and it seems logical that he has become the "popular candidate ". However, Guo Quanbo has been very active during the training and warm-up period since being selected for the national soccer team, and his skill was also recognized by the coaching staff. In the event that Zhanglu's injury is still unclear, the technical team must maintain as many "alternatives" as possible, after which the injury will require the technicians to be cautiously cut off.

In this case, the technical team made the decision to "bring all 24 players to the United Arab Emirates." Guo Quanbo entered the first edition of the 23-member Asian Cup lineup, meaning that Zhang Lu's name was temporarily out of the 23-man roster. However, it is understood that the AFC allowed the teams to adjust the list of 23 men in the last 6 hours before the game, so for Zhang Lu, the technical team did not give up. It is worth noting that on the 28th of this month the national football team will play a friendly with another Jordan team in Doha, and then the team plans to warm up with a local club after arriving in Abu Dhabi. There will be no other injuries, which is why Lippi decided to bring all 24 players to the United Arab Emirates. In the end, Zhang Lu and Guo Quanbo can catch the last Asian Cup bus, but the answer can only be announced before the game starts.

By being the team with the highest average age in this Asian Cup, the Chinese team did not expect to kick the game and reduce non-combat due to injury factors, imagining the difficulty of preparing for the team. However, the players did not lose confidence because of this.In the press interview, Zhongwei Feng Wei expressed his determination to fight for glory in the Asian Cup. During the warm-up match between China and Iraq, Wu Lei, who scored a goal, was injured by his opponent, but it is understood that his injury is not serious and does not prevent him from conducting normal training and competition.

(Beijing Youth Daily)Go back to Sohu and see more