Tencent Music is not only the first musical platform listed in China, but also the world's first lucrative music platform. Behind the research on Tencent's profit model, one can not ignore the unique social model of Chinese music. Unlike international music products such as Spotify and Apple Music, Tencent Music relies on social entertainment to break the industry's profit margin musical and also make social music. Followed by industry. One person in the industry said bluntly that Tencent Music needs to take the next step, first focusing on the commercial space of the music itself, and secondly, exploring more differentiated services in social entertainment. 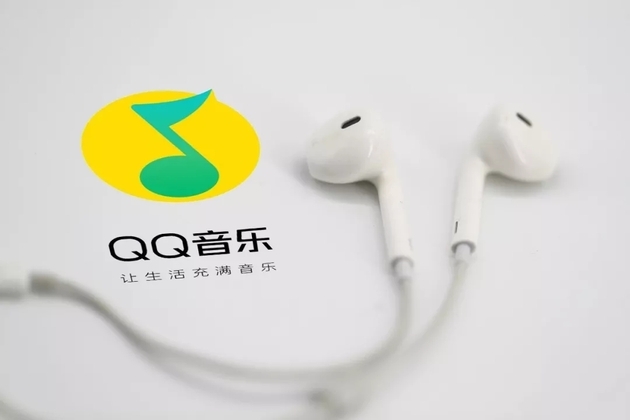 Listed together with the Tencent Music dispute prospect suggests risk

Just a week ago, Tencent Music released the price and financing for the first time on the US SEC website. The company reported that the price is about $ 13 to $ 15 and issued a total of 82 million US depositary shares. If you calculate the over-selling portion (12.3 million American Depositary Shares), Tencent Music's maximum fund-raising amount may reach $ 1.415 billion.

On December 12, Tencent Holdings announced that the offer price was set at $ 13, which is at the bottom of the issue price range. Prior to the opening of the market, Tencent Music had a market value of almost $ 20.7 billion, much higher than Tencent Music's $ 12.5 billion appreciation when Spotify bought 9% of Tencent Music a year ago .

As the first place in domestic online music, the listing of Tencent Music has attracted a lot of attention. However, the process can be described as twists and turns. As early as October this year, Tencent Music has released a prospectus, and the news that the IPO has been suspended and the listing deferred will be heard. Titanium Media reported that the delay in Tencent's listing was due to a sale in the global market, fearing that market turbulence would affect prices, and they wanted to get the right appraisal instead of a quick listing.

On the eve of the announcement, former chairman of the China Music Group, Xie Guomin, co-chairman of Tencent Music, who is currently in charge of Cool Business, was charged with fraud. The Daily Economic News reporter learned that an investor Chinese Hanwei Guo accused Xie Guomin In 2013, through "fraud and threats", he forced himself to sell some of his interest in maritime music at a below-market price, and marine music became part of Tencent's music.

On December 10, Tencent Music also included this dispute in the risk factors of the prospectus. According to Tencent Music, Hanwei Guo has submitted a request for arbitration to the China International Economic and Commercial Arbitration Commission. Hanwei Guo's appeals include: 1. Hanwei Guo's contract to transfer interest in maritime music to Xie Guomin is invalid; Return the initial share of the marine music held by Hanwei Guo to him, 3. Compensation for the economic loss of Hanwei Guo 100 million yuan. The arbitration is currently awaiting hearing.

The prospect said that while Tencent Music and Xie Guomin are struggling to defend, it is still possible to bring changes and influence Tencent Music's reputation, capital structure, financial and operating conditions.

However, that does not prevent Tencent Music from going to the market as scheduled, and Xie Guomin himself has also entered the tens of billions of rich clubs.

According to the "Prospectus" of Tencent Music, after the issue, Xie Guo holds 4.7%. On the first day of trading on the New York Stock Exchange, Tencent Music closed at $ 14 a day and had a market capitalization of approximately $ 22.9 billion. Based on this estimate, Xie Guomin's shareholders' equity will reach US $ 1.076 billion.

Where is the next growth point for the world's only profitable player?

Unlike the international media platforms such as Spotify and Pandora, which rely on "advertising + paid subscription," Tencent's music entertainment business model is very Chinese. In the context of "social music entertainment," Tencent Music Entertainment signatures and paid numbers. There are four main sources of income for albums, virtual gifts, and members with added value. Among them, revenue from online music services accounted for 29.6%, while revenue from social entertainment services centered on music accounted for 70.4%. In other words, the socialization of music brought more than 70% of the revenue to Tencent.

Some analysts believe that it is precisely because of the social advantages of Tencent's own QQ + WeChat that Tencent Music can form a unique business model, which is not available to other online music players.

With the launch of Tencent Music, the ranks of second-tier national players are becoming clearer and clearer. Tencent Music has become the leader with the largest market share and first listing. NetEase cloud music, shrimp music, Baidu and other players also move frequently in 2018, financing, exploration groups, each explores and explores.

One person in the music industry told reporters that since Netease Cloud Music has released a live broadcast, you can see the recognition of Tencent's music model. The online music industry has made a profit for many years. The next nugget point in the industry.

In addition to social networking, traditional music payments are often mentioned. From the point of view of Tencent's own music, one of the most frequently criticized is that the rate of online music payment is low. In fact, the above mentioned industry personnel said that the low payment rate is a common problem in the online music industry.Because user payment habits are not developed, the impact of piracy and the free mode of domestic platform, the online payment is currently small.

According to Tencent Music's own data, in the third quarter of 2018, Tencent Music Entertainment's online music users increased from 23.3 million in the second quarter to 24.9 million, and the payout rate increased by 0.2 percentage points to 3.8%. Paying social entertainment users increased 9.9 million from 9.5 million in the second quarter of the year, and the pay rate increased 0.2 percentage points over the previous quarter to 4.4%. Although the data elevation is not obvious, it is considered that the user's willingness to pay is increasing.

The Chinese music market has not yet been fully explored. In May of this year, the 2018 Global Music Report released by the International Federation of the Phonographic Industry pointed out that China has become the tenth largest music market in the world. The industry mentioned above also admitted that while China's current payment rate and payment awareness are still far from international music platforms such as Spotify and Apple Music, this also proves that there is still room for growth in the music payments market from China.