See her moment, I know something beautiful happened | Lang Lang_ 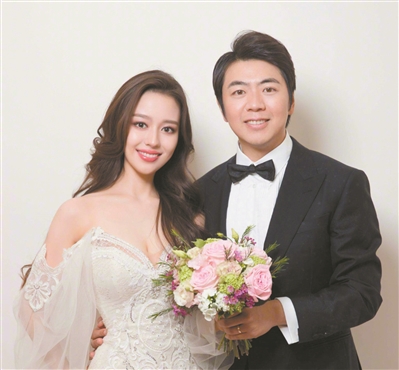 Seeing her moment, I know something beautiful has happened.

Photo of the couple Lang Lang (provided by the interviewee) 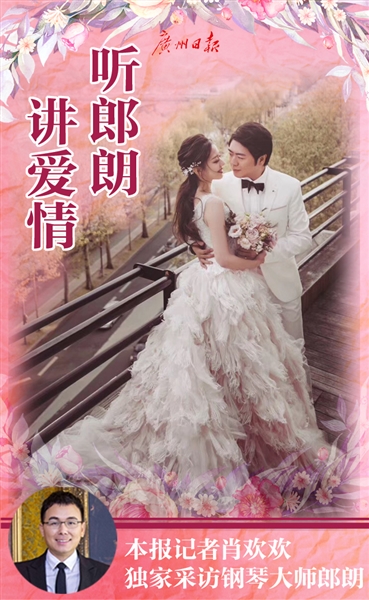 Wedding Poster (made by Zhou Zhenfeng) 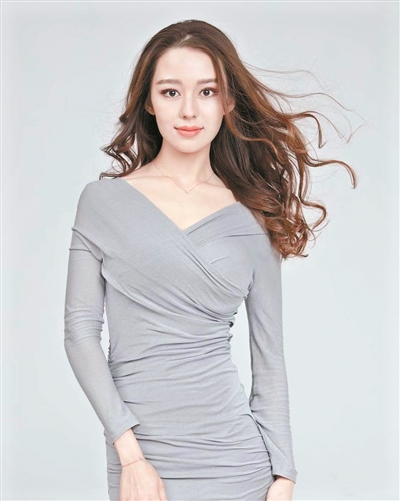 Gina (provided by the interviewees)

At 6:02 am on June 2, renowned pianist Lang Lang updated Weibo and dried the happy Jiugongge. She wrote: I found my Alice, she is Gina Alice. Announce that you are married. In just two hours, the amount of reading in social media has surpassed 240 million times, which is a high level of popularity.

Yesterday Lang Lang told the journalist Guangzhou Daily News about some love stories between him and his wife. Lang Lang said that when he met his wife, he realized that there could be wonderful things going on. For four years now, his girlfriend has begun to follow his performances around the world. Berlin is the blessing of Lang Lang, where he reaped musical achievements and gained love.

On June 2, local French legend Lang Lang and the young German pianist Gina Alice held a wedding dinner at the historic Palace of Versailles in Paris. All the while, Lang Lang's emotional world has received attention from everyone, but he rarely mentioned his private life with his musical career and finally completed his marriage in his life at the age of 36.

The wedding ceremony was held at a hotel in France. As ambassador of the cultural exchange of the Palace of Versailles, Lang Lang organized a wedding dinner at the Palace of Versailles in France. In addition to the family and friends of Lang Lang and the bride Gina Alice, there are many famous people present on the wedding scene to bless the two newcomers. The whole wedding was elegant and romantic, and the impromptu bombardment of four people by Lang Lang and Gina Alice at dinner was the highlight of dinner.

Gina Alice, 24, graduated from the Hamburg School of Music and Theater and began studying piano at age 4 and began performing solo piano performances in public at the age of 8. He has written many songs, performed three concerts at Philharmonic Hall in Berlin and held concerts in China with Guangzhou, Shenzhen and Shenyang Symphony Orchestra.

Gina Alice was originally fluent in several languages ​​such as German, English, French and Korean, and today speaks fluent Chinese. Her Chinese is mainly taught by Lang Lang in order to better communicate with Lang Lang's parents, Gina Alice is very diligent in learning Chinese.

On the wedding scene, Lang Lang said with deep affection, "Today is my happiest day. I'm going to love Gina until the last day of my life." The bride first said the wedding vows in English and promised the parents Lang Lang in Mandarin. Dear Mom and Dad, I want to thank you for bringing the best man in the world, Lang Lang, into the world. Now he will be my husband. I assure you that I will do my best to support your family and love this. House. "Listening to the daughter-in-law said, Lang Lang's mother hugged her and the scene was warm.

Lang Lang told reporters that, in the face of love, all of them are lucky, they met each other more appropriate. Since then, they are lovers of life, but also soul mates of music. A few years ago, when he first saw Gina Alice at the show in Berlin, she was drawn to his talent and eyes. It was a very delicate face, big eyes, clear eyes. Gina Alice at the time was still only 20 years old. "You can say it's love at first sight." Since then, he has realized that there may be wonderful things going on. At that time, the four eyes on the stage were opposites, and from that moment on, it seemed that the beginning of this destiny was already doomed.

After 2013, Gina, as a student at the Lang Lang International Music Foundation, studied with Professor Lang Lang, Professor Gary Grafman. In other words, she and Lang Lang are outside the same door. Grafman was always known for his rigorous selection of students, and Gina Alice's piano talent finally touched him. Gina produced many songs and was on the stage of the Berlin Philharmonic for three consecutive years, quickly becoming an internationally renowned pianist in France and Spain.

"She's a combination of talent and beauty." Lang Lang is evaluating his new wife.

Lang Lang and his wife eventually came together and experienced a process in which both sides understood each other and were gradually attracted to each other.

What Lang Lang is very moved about is that the woman has always been very supportive of her career. On the night of October 17, 2016, Lang Lang held a charity dinner in Manhattan, New York, and raised nearly $ 2.05 million for the Lang Lang International Music Foundation. This is the third time Lang Lang has held a charity concert in New York, and it is also his first time holding a personal piano dinner as a "New York City Cultural Tourism Ambassador". At the time, his girlfriend Gina Alice attended dinner. Since 2013, she has been the backbone of the Lang Lang International Music Foundation, Lang Lang, and has always accompanied the Music Foundation to perform around the world.

The Lang Lang Foundation has been actively involved in various charitable educational activities. Since 2013, the Langlang International Music Foundation has launched the "Inspired Keys" project in 10 schools in 5 cities around the world, and offers a safe and innovative piano teaching platform for over 2,500 young students.

As a well-known young pianist, Gina Alice also has many presentations each year, but no matter how busy the series, she will make time for the International Music Foundation presentation. Lang Lang's annual performances are heavy, but no matter how tight the time is, it will take some time to meet the woman. On April 13, 2017, Lang Lang caused inflammation in his left arm due to excessive piano practice, which left the stage for more than a year and was tied to the left hand by a German doctor for a month. Lang Lang revealed that he had been unable to play piano for many years and he was very depressed. However, this arm injury also allowed him more time to meet his girlfriend. That hard time was exactly what Ginny was going through with him.

In Lang Lang's view, Berlin is his own blessing, he not only collaborates with the Berlin Philharmonic all year round, but he also acts here and still has love here.

Come to China to perform

For domestic piano lovers, Gina is not a stranger, as a young pianist of the Lang Lang's International Music Foundation, has held many concerts in China. On January 18, 2019, she held a solo concert at the Shenzhen Concert Hall, which also witnessed the on-site performance. The performance was very lively. Repeated applause from the audience drove her back to the scene many times. He performed a song "Caiyun Chasing the Moon". However, as Lang Lang's confidential work is in place, many people, along with a few people around, do not know that Gina is Lang Lang's true girlfriend.

Just the month before the event, on December 18, 2018, the 7th anniversary of Lang Lang Music World was held in Shenzhen, but this time, due to programming reasons, the two failed to frame the same. Shortly before the wedding announcement, Gina appeared at the Lang Lang Art World Studio Gallery on May 6 to help children correct their posture and point the way to the piano.

Following the wedding ceremony in France, two newcomers will also hold a thanksgiving banquet in Langlang's hometown of Liaoning in July this year. However, the specific time was not disclosed.

He said that I hope to get married before age 40.

The Guangzhou Daily media reporter interviewed Lang Lang several times before and watched his performance on the spot. Lang Lang said that he has always considered the family very seriously, he is not the kind of person who only knows his job but does not understand life. "I do not know if I can play the piano all day, I do not have time to spend time with my family, I can not wait to get my piano married, I learned piano when I was young, my father. so much for me.Now, as long as I have a performance, my parents will be basically around. "

On one private occasion outside the interview in 2017, the reporter from all media of the Guangzhou Daily newspaper asked Lang Lang when he would get married. Lang Lang said with a smile, "There's good news to say the first time." At that time he also revealed that he is still more accustomed to the oriental face, he is relatively more casual person. "I will not plan what I will do after 5 years, or even 10 years, because the change is always faster than planned." But he said he hopes to be able to marry before he is 40 and expects the other half to be as passionate as he is. Piano

On several private occasions, the Guangzhou Daily news reporter Zeng and Lang Lang's father, Lang Guo, spoke on the subject. "Have you insisted on Lang Lang to get married?" The reporter asked. "There is no reminder, at that time it will naturally end, it is useless," he said. On the demands of the future daughter-in-law, Lang Guoren said: "The first one should be Lang Lang's favorite, and the two should be in love, and secondly, they should fully support Lang Lang's piano career. Lang Lang. "

In March of this year, Lang Lang released a new album of performance, "Piano Book", that sweeps the main list of the world. After releasing the album again in two years, it included a simple and easy to play "To Alice" which is really difficult for a professional pianist like Lang Lang. Many people also said they did not understand. In this regard Lang Lang said, "Usually professional pianists are not willing to record these little songs, I feel faceless." But when I ask myself: What is the original fantasy of your life? "No one understood at the time, but now everyone knows that this is the artist's highest level and the sweetest confession. Blessing Lang Lang and Gina, together, play a sweet and moving movement.