Music Idol does not need a job 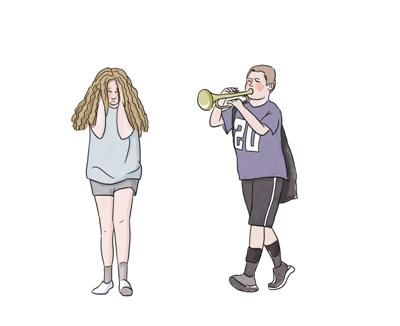 In 2018, the Chinese pop music industry was very lively, it was the "first year of the group" and a year of short video traffic explosion. This year, several high profile idol groups were born, but few single stars were born. When we look at 2018, we see an industry that is gradually subdividing and shifting gradually.

In early 2018, the two "Idol Trainee" and "Creation 101" variety shows introduced in the Korean "Produce 101" model officially detonated the "People Pick" boom. The selection of Korean male / female groups was recognized by the public, and the culture of the idol and rice circle was pushed into the public eye. However, the fact that 2018 is called the "first year of the group" is not entirely true, because from the "Star Movement Asia" in 2015, the selection of Korean idol groups has already begun in China. Since 2016, there have been several series of screening programs for groups such as "Burning Boy", "Fine Girl", "Summer Sweetheart", "Bee Girl Team", "Born by You", "Next Station Legend" and so on. . With the gradual decline of the TV platform, the popularity of these programs also declined year by year, until the two network games this year really met young people.

The webcast music selection program perfectly matches the viewing habits of target groups with their measurable communication flexibility and increased interactivity, thus creating the unprecedented success of "Tudou" and "Xiangchuang". The fly in the ointment is that as the program and the brokers of the participating students did not sign and strictly signed the relevant contracts, the champion group met Meng Meijun, Wu Xuanyi left the team and Nove Percent rarely arrived. The situation in which all members of the group are all together. These things seem to have been resolved relatively correctly in the second half of the year, but the horn of the new season also hit the ear.

For the Chinese idol group, this "first year of the first year" in 2018 went on a noisy and groping. We have a group of popular and nationally acclaimed pop-ups like "Calories" This year's response seems to be quite complete, it's curious to see how the idol music market will change next year.

An objective and fair list has a long way to go

In the second half of 2018, iQiyi and Tencent started their own Korean-style music program "Chinese Music Bulletin Board" and "Your Music List". While there are some problems with such programs, such as poor publicity and chaotic selection mechanism, it is undoubtedly a very beneficial initiative to promote high-level musical works and create a long-term and stable listening habit for the public.

Currently, the influence of singing programs is limited to a part of the singer's rice circle, but we can see the efforts made in the program to improve the wealth of singers and songs and increase the popularity of the program. I hope that the Chinese music-song programs can be executed long-term and successfully because they provide a stage for high-quality music and carefully prepared programs that fill the stage.

These music shows also have their own lists and algorithms based on data, but of course the domestic list has not yet gained the confidence of the public or the fans of the singer.

In 2018, there were many incidents in overseas competitions, which sparked heated discussions throughout the network. From one point of view, it has been said that there is still a long way to go to establish an objective, fair, universal and realistic list of songs that can preferences.

From the traditional music industry point of view, compared to 2017, the Chinese music scene in 2018 is not solitary. The backbone of the singer who originally occupied the main stage of the Chinese-language record industry, it can be said that the impetus to launch a new album in 2018 is increasing. As of May, Mo Wenwei released "We Meet in the Midfield" in September, Xu Ruzhen's "Blooming Blooming Bloom", Li Ronghao "Ear" in October until December Lin Yilian, Chan Eason, Jolin Tsai, Tanya Tsai, Wang Xinling, Chen Yu, Ai Yi Liang and other great singers faded to pieces, and on December 26, Xu Wei, who had not seen for a long time, was close to the new "Endless Light" special of the annual bell. In addition to these anticipated singers, good sisters Chen Ji and Su Yunying, who debuted around 2010, also released good quality albums. From our usual point of view, the Chinese musical scene in 2018 is still very lively and shows a "thriving" situation.

It's just that the paradox of 2018 is that, unlike the "thriving" scene – the audience, while the passers-by searched their minds, they did not seem to remember any of the melody songs of these singers. Among the works of these "successful singers" in 2018, the two most concerned were "Small and Promising" by Li Ronghao, which was caused by "one person do all the work" and "half way" of Cai Jianya on suspicion of plagiarism. But knowing the name is one thing, and the people who are impressed with the music itself are probably even less. In the case where the attention of the audience is difficult to be met, the discussion about the quality of music, style innovation and artistic level is a bit of a castle in the air.

By 2018, these relatively "traditional" singers gave the original fans a lot of surprises, but they also faced the dilemma of being already in a huge gap. The Golden Melody Awards, which originally played an important role in appreciating the Chinese music scene, have hardly pushed any musician to the front line this year. . If a few years ago, musicians such as Li Ronghao, Guo Ding, Mr. Miss and other songs such as "Mountain" and "Big Wind Blowing" could benefit from winning the Golden Melody Award, this year the role of the award was Weakened to a level of confusion. If these famous singers who have made great publicity on TV, radio, awards and even the Internet and on the mainstream media streaming platforms are not able to bring a song to the red … Who can it be?

The music program was enriched in number and type in 2018. On the other hand, the ability of traditional variety programs (including TV and Internet long programs) to launch stars and pop songs has become weaker.

Since the beginning of this year, songs that have become popular in traditional channels and movies have almost no third, except for the sound of falling snow and calories, which was not common before. In 2017, the four-part music network "China has hip-hop" and "children of tomorrow", the second season seems to be very weak, although they also selected a strong champion like Ai Ji, Cai Weize, but they won the The activity seems not to be hot, and the current trend is much worse than the program's champion last year.

Although the influence of traditional variety shows is dwindling, there is no shortage of streaming music in the Chinese music market in 2018. Some songs that were broadcast hundreds of millions of times are not from any famous singer and idol but are created and sung by some unknown singers online. These songs are the "Divine Comedy" such as "Study Cat," "Desert Camel," "Short Paper Love," "I Love You," "Away from People," and other large-scale exposures through platforms short videos like vibrato. However, the popularity of these songs is quite limited in the popularity of the singer herself. In addition to a few singers such as Little Panpan, Exhibition and Luo Luo, most authors / singers of Divine Comedy are more familiar than the works themselves. Disproportionate. It is necessary to know that many of the previous "Divine Comedy" are always firmly attached to the singer, such as Yang Chengang and "Mouse Love Rice", and close to Pang Malang and "My Skateboard Shoes". But in 2018, "music is not red" is the general situation of these little Divine Comedy videos.

Although some popular music listeners are concerned that the artistic nature of Chinese music goes from bad to worse, at the same time they are the treasures of hundreds of millions of superficial listeners. A middle-aged male audience commented on "Desert Camel": Just listening to the phrase "What a ghost legend, what the devil's charm", let him get great comfort to the distant desert soul.

The way the music is transmitted has changed

As a result, 2018 was a year in which copyright for music works were valued. Tencent Music is listed in the United States with more than 20 million music rights, and Tianhao Shengshi sells its copyright for more than 300 million yuan, and more and more new albums need to be paid to be heard. All this seems to indicate that the song's copyright has gradually restored its profitability, although this emphasis is still a riddle for musicians to be good news.

It is worth noting that some Internet companies have started to get into the music copyright track and offer some new ways to play: they have signed a service contract with the singer / creator, and the first in their view has a video platform short The copyrights of the potential explosive works, and then the use of the flow operation to rescue the music, so that the singer's commercial performance costs can be increased and the license fee to sing the song is extracted from the song fee. performance. At the same time, the music library is allowed for the streaming media listening platform to get more profits.

So these new companies do not care about the artists, and it is true that the copyrights of the songs that can be shot are firmly in the hands. The music industry in the eyes of these new players made a huge difference in people's original understanding.

On the other hand, the audience of short videos does not care who the singer of a song is. This is ultimately because the way the music is transmitted has changed from "listening" to the previous "singing". As long as the audience gets a song that makes them happy and excited, they can take part in the short video interpretation and devote themselves quickly to the interaction with the music itself. Through this high-powered listening mode, people no longer need to connect with songs through singers.

By 2018, the fast moving music product side was developed like never before. A song does not need 5 minutes of space to cause excitement, it only takes 15 seconds to show some nice or exciting chorus that can be triggered. The singer's profession is subdivided into one piece – the melody provider, the voice provider, the face, and the performance provider. Both musical works and musicians were fragmented.

Like the rumor of the old adage in twin cities – this is the best time and the worst. But under the general narrative of this great narrative, the Chinese music industry in 2018 is full of specific details and variables. These changes are unprecedented and their impact will be even more profound.