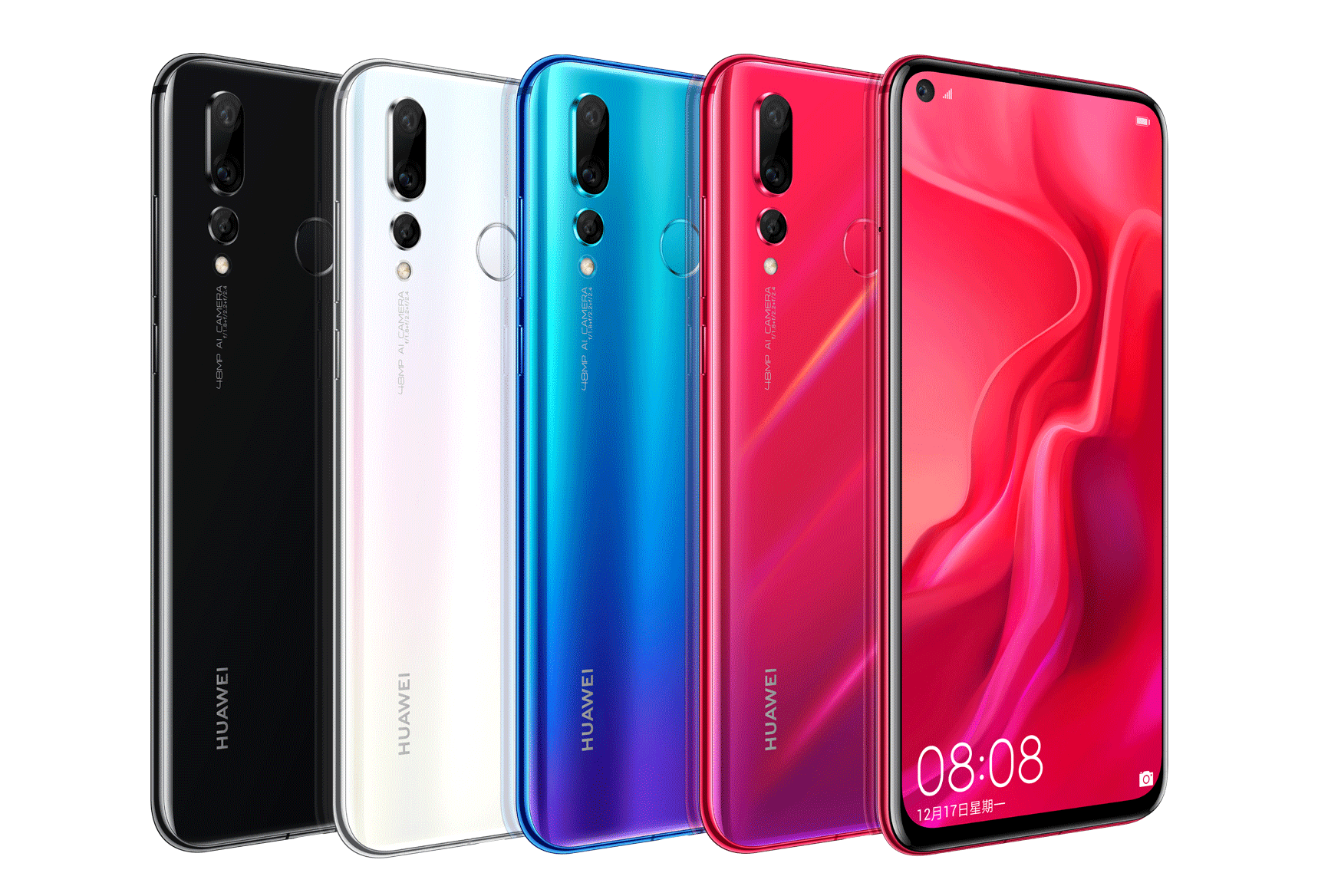 In terms of specifications, Nova 4 followed the strategy of the previous generation and continued to choose the Kirin 970 chip from Huawei last year. In addition, it has a 6.4 吋 FHD + LCD screen, 8 GB of RAM, 128 GB of storage and a 3.750 mAh battery. The camera part, the timer camera is 25MP, and the rear is a combination of three outlets, but will be loaded with different specifications according to the standard version and the high version. Specifically, two of the three cameras in the two versions are identical, using a combination of 16MP (with super wide-angle f / 2.2) + 2MP (to measure depth of field). The difference is in the main camera more commonly used. In the high version, Huawei uses the CMOS IMX386 of 48MP The standard version is only a 20MP photoreceptor.

In addition to the New 4, Huawei also introduced a relatively low satisfaction 9. The front of the phone is a beautiful 6.28 "HD screen, and the back is still a P20 style design, and there is no printing module digital, pure face recognition. It is equipped with a Qualcomm Snapdragon 450 chip, with up to 4GB of RAM and 64GB of storage, a 4,000 mAh battery, a 13MP + 2MP main camera and an 8MP front-facing camera with self-timer.

For information on the release, the standard and high editions of Nova 4 cost RMB 3,099 and RMB 3,399 respectively, and the price of Chang 9 is RMB 999. Both new machines will accept reservations from now on. In addition, the MateBook 13, which was released in November, also announced the release information. The notebook can choose Core i5 / i7 processor, 8GB memory and 256GB / 512GB hard drive, and the price falls between 4,999 and 6,399 yuan . Start accepting reservations.