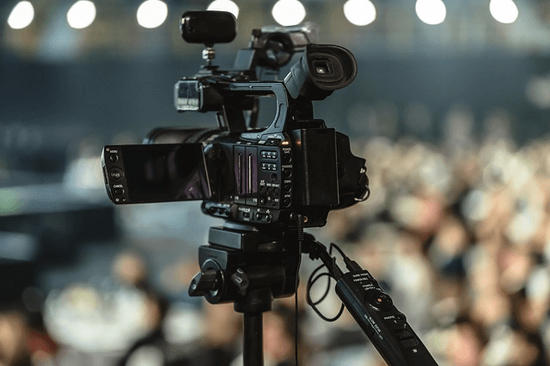 Original title: RRR cut to boost a stock in the spring, the agency is closely following the stock market

Before the qualitative change, wind control is still the most important lifeline of the organization in 2019.

The positive public sentiment triggered by the RRR brought some degree of emotional stimulation to the market.

The small increase in the Shanghai Composite Index is mainly due to the drag of heavy weights. Among them, Xinhua Insurance (601336.SH) hit the threshold, boosting the non-bank financial and banking sectors as a whole, putting pressure on the broader market.

In contrast, thematic stocks on January 7 were particularly attractive, with 5G, Internet of Things, UHV and many other sectors performing a wave of ups and downs.

Many analysts and buyers and institutions believe that the market has basically confirmed the recovery offensive that began after 2440 on Friday. The recovery is expected to continue to spread. The highly elastic sector that is sensitive to capital and liquidity will be the most Opportunity However, considering that current funding is not very active, and downward pressure on the economy still exists, time and the space for recovery still need to wait and see.

Before the qualitative change, wind control is still the most important lifeline of the organization in 2019.

Among the 28 industry sectors at Shenwan level, there were only two sectors on January 7 that were closed: nonbank finance and banks.

Among them, the non-bank financial sector retreated 0.99% in the morning, fell 0.35% at closing, the banking sector also retreated to 0.53% and finally retreated slightly by 0.22% in the final phase.

Behind the stagnation of financial stocks, the impact of flash collapse of Xinhua Insurance can not be ignored. After the game, the top five sales positions are specific seats for each agency, with total net sales of 697 million yuan.

"The fall in Xinhua Insurance, on the one hand, is related to the market, saying its chairman Wan Feng can not be re-elected. On the other hand, Xinhua Insurance's share has declined steadily in recent years and Wanfeng's latest statement has exacerbated the concerns of organization about its fall in profitability, and ultimately triggered a collective sale. "A public capital investment director in southern China analyzed on January 7.

The person mentioned mentioned that "there is another factor that deserves attention at the beginning of the year is the transfer of institutional funds. In particular, some actions with more positions in a single institution may be subject to a longer period of time due to the lighting of an institution. Shock "

Compared with the collective weakness of large-cap financial stocks, thematic actions can be described as flourishing everywhere. Among them, the most representative of the 5G concept stocks (600776.SH) rose again on January 7, since the end of last October, its increase was close to 300%; UHV concept stocks (601700.SH) was also updated for 7 consecutive days.

The Haifutong Fund Zhou Xuejun said on January 7 that "the policy of this round of economic downturn has changed in structure. The Central Economic Labor Conference also pointed out that it is necessary to strengthen the countercyclical adjustment, emphasizing new investments in infrastructure or stable investments. An important point of support to stabilize the economy, accelerate the pace of 5G marketing and strengthen the construction of new infrastructures such as artificial intelligence, Internet Industrial and Internet Things. Therefore, in the short and medium term, the new infrastructure is The representative growth sector is also aligned with the direction of transformation and modernization of China. "

A note worthy of attention on January 7 was that market volume continued the amplification trend on Friday.

Some agencies pointed out that on January 7, the market price and the price rose, basically confirming that it is the market fund, at least it is an indisputable fact that the funds started to hunt for bargains. In addition, in the case of heavy losses in the insurance stock market, the market can still maintain the current standard, which is commendable.It is also a test of the strength of the market recovery.The gradual recovery market has been fully implemented.

However, where will the market go after the rebound? Concerns about the fall in corporate earnings kept the institution cautious about the 2019 A stock market.

Several public fund fund managers interviewed by the 21st Century Business Herald said that 2019 is still the lowest part of the year, and the market is still in the recovery phase of valuation most of the time, so this year's opportunity is mainly one structural stock market.

According to interviews from various parties, high-elasticity technology varieties represented by 5G and semiconductors, such as infrastructure, nuclear power, railroad crossings, etc., which are highly related to stability policies, and those with higher correlation with domestic demand are currently most affected. Public offers are optimistic about the direction of investment in 2019. Among them, especially the stocks of technology involved in the conversion of old and new kinetic energy in China, especially highly respected.

"In 2019, on the one hand, we should focus on areas where long-term space is represented by 5G and semiconductors." They are affected by short-term trade disputes, but they should also see positive aspects. As soon as possible, it can be seen that the conflict between China and the United States in the field of new energy is not so obvious, so there may be opportunities for less risk in this field, for On the other hand, areas with relatively high domestic demand also deserve attention, such as the first. The business model and the company's modernization of line consumption, 2018, mustard, soy sauce, etc., may appear in the area of ​​textiles and clothing this year. "On January 7, a director of public investment in southern China said.

Under strict risk control, the opportunity to find individual actions will be the main line of competition between institutions in 2019.