Evelyn Berezin, the grandmother who invented the "copy and paste", passed away and her invention once freed the secretary of repetitive work, and laid the groundwork for later document editing software like Word. On December 8, Evelyn Berezin, the first computer processor in the history of invention, passed away at the age of 93. Born in 1925, Evelyn Berezin moved from computer engineer to founder of software companies to technology company investor, but the most benefited by her was the word processor she invented, including "copy and paste" at the time. Basic document editing features. ▲ The employee's common work scene in the past, the image comes from: Duties of a Secretary's Movie (1947)

In the 1960s, writers as secretary and secretary often needed to make multiple copies of the same content. But office equipment at the time only supported printing a copy. If there was an error in the file, you could only start over again. Such equipment today is simply anti-human.

Evelyn worked at the then Underwood Typewriter Company in the United States and then joined the computer software development company Teleregister.

Evelyn has been working at Teleregister for almost a decade, using the new transistor technology at the time to develop a flight reservation system for United Airlines. The system can communicate with 60 cities with a response time of only 1 second, being one of the largest computer systems in the world at the time, and has not been a problem for 11 years. She also developed the first computerized banking system.

In addition, the computer systems she participated in included a weapon target calculator used by the US Department of Defense, a system for calculating the amount of horse betting on the track. By 2015, Evelyn interviewed the media about the cause of her entrepreneurship. She said that even if she is capable in the field of computing, she is still subject to gender discrimination at the time and can not be promoted to management. At the same time, the typewriter has become an important office tool, but this tedious and repetitive typing job is still quite inefficient, so she decided to be alone. ▲ Image of the former "data secretary" of: computerhistory.org

In 1968, Evelyn resigned from Teleregister. The following year she set up her own computer company, the Redactron Corporation, to provide computer system software services to customers around the world. The most famous product is the Data Secretary.

The Data Clerk did not have a screen in the early days, it was as big as a small refrigerator, it included a keyboard for input, the entire product pre-configured 13 basic document editing functions such as delete, copy, paste and cut. Later, the iterative "data secretary" gradually joined the exhibit. 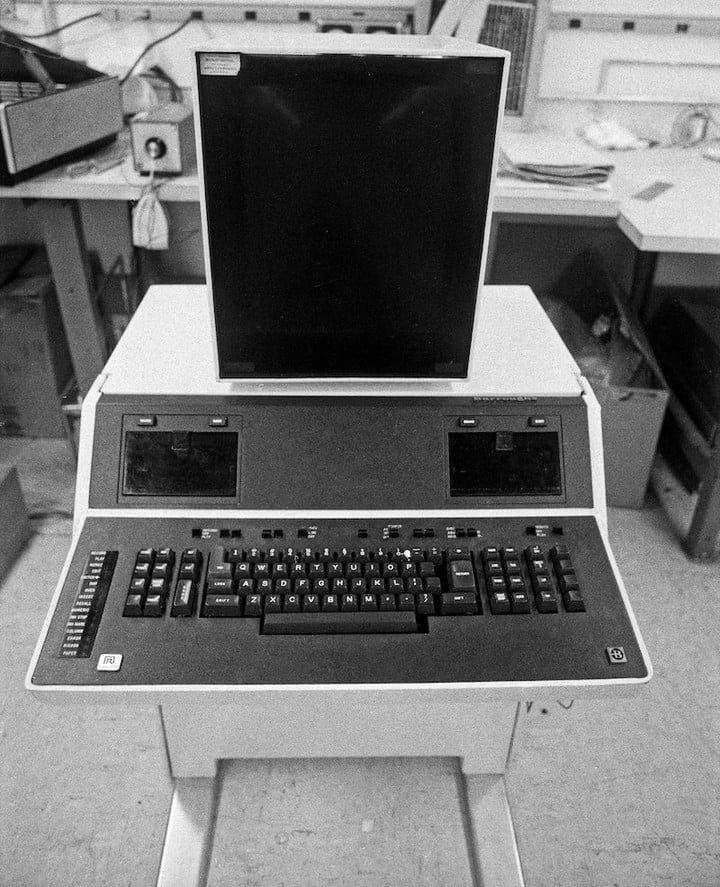 These revolutionary features were later emulated by Microsoft and IBM and evolved into the Word documents we use today, Google Doc, etc., which have become a function we are accustomed to.

Redactron has more than 500 employees and was later acquired by computer maker Burroughs in 1976. Bora was one of IBM's competitors. In the same year, Evelyn was selected by Business Week magazine, "Top 100 Women Entrepreneurs in the USA", the only leader in the list of technology companies.