The classic film "The Great Journey of the Journey to the West" was adapted for a play and will be presented at the Mei Lanfang Grand Theater from January 23 to 27.
in

First show of Chen Yuxi, a person decorated with Zixia and Qingxia 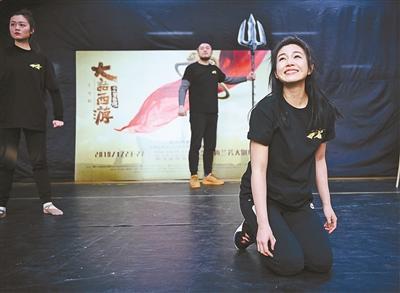 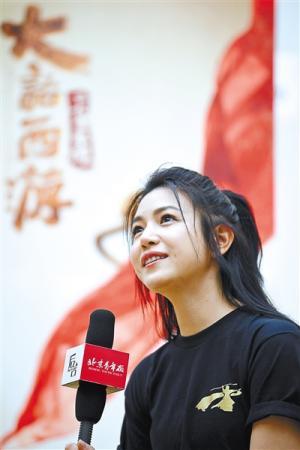 In 1994, when the box office exceeded 100 million, it was shocking news: in 1994 a "Great Journey to the West" was released, but on campus three or five years later, "there was a sincere feeling in the past." In front of me, but I did not like … "But it became a confession, the Tang dynasty version of" Only you "was scattered all over the streets;" At the time, this sword was only 0.01 cm away from my throat. "The highlighted lines were full of literature and In the film and television works …

Twenty-five years later, the Xi & # 39; Film Studio's "The Great Journey to the West" drama drama will be presented at the Mei Lanfang Grand Theater from January 23 to 27. In addition to the eccentric love, the gods and the demon of the three worlds, the premiere on Chen Xixi's stage and his soft and affectionate role in the Zixia Fairy will undoubtedly be the new seal of life for 500 years. The live broadcast of the video newspaper "Backstage" also broadcast the live video from the front row of the team and interviewed Chen Yuxi, who is the two corners of Zixia and Qingxia.

Give an alternative interpretation of the work

But do not do a movie internship

Twenty-five years later, the ancient "Supreme Treasures" and "Zixia" are close to each other. In 2017, the extended version of "Westward Journey" reproduces the classics and reveals the behind the scenes. For this generation, the heart has changed with the situation, and "love in life" has been forgotten in the rivers and lakes, but every man has been the supreme treasure, but was later domesticated in Sun Wukong, but will still be heart "500 years "Sansheng Sanshi Shili Peach Blossom", "Love for Love 33 Days" to "The Legend of the Sword and the Cavalier Man", is the "little red sleeve" of the stage adaptation. "Westward Journey" can not erase the "carnival line" "time and space" But the director said that although the team made an extreme analysis of the original work, gave the book an alternative interpretation "But we do not do a stage version of the movie, but we have to do the staging of" Westward Journey. "

Bodhi has become a storyteller, a double vision narrative lane, and the drift of space is the focus of the adaptation of the whole drama. Director Huang Yanzhuo will be adapted to "extract the feeling of love and join the brain of the creator". So the kiss of the sun and woman warrior on the castle floor is Sun Wukong's arrangement, or is Zixia looking at the realm of fairies? Why did Don Juan sing "Only You" in a car accident scene? See the response on the stage.

It is reported that there will be 48 sets of exquisite costumes in the game, regardless of gods or thieves, wearing high definition.

Recovering the feeling of "newcomers"

The first time in the drama, Chen Yuxi, the first face-to-face show to the public, after the end of the two-step arrangement, he gave a deep insight and expressed sincere gratitude to the media. "I am a newcomer to the drama, Chen Yuxi. It will be very strange that everyone will see me here, but I always thought if I could do a play one day, even though I had a stage phobia." By saying "I can not NG here, I can not go back, I can not be too much," while I say "As a person who loves to act, I want to try anyway."

Chen Yuxi said he found the feeling of returning to the newcomer: from the first feeling that the atmosphere of the rehearsal room is very interesting, and the first time the director met, there is an inexplicable confidence, and now the process of assay was appreciated. "In a few months, everyone talked about a line, a line of words and they created it together, and by the second day of the first day of the whole day, I was very nice."

In the eyes of the director, Chen Yuxi rehearsed the drama only three things a day, holding the script, wearing knee pads on the legs and scheduling the passages over and over again, supporting the lines, watching other actors performing, hanging earphones to watch the replay of their presentations; Exercise … a standard state of dedication. It is this soft sister who speaks Taiwanese. In the eyes of other actors of the crew, "The people of heaven naturally speak the words of heaven, so there is no relationship in Taiwan." And a phrase that originally was a fight "this is the arrangement of heaven" was also told by Chen Yuxi about the soft and fluffy taste. Huang Yanzhuo said, "With such a girl, I can never be upset."

One person is decorated with Zixia Qingxia

I hope to create classics instead of repeating classics

In the play, Chen Yuxi not only has to complete the fight, falling but also the extreme emotional drama with the Supreme Treasury, which is divided into two characters with great contrasts, and a funny bridge that shares a body with the Eight Rings. image of the movie is new, it is all true at this time.

"The Westward Journey is a film that I saw and enjoyed in the middle of the country." I did not understand love at the time, but I still cried, this movie can be considered my imagination of love. When I got back to the previous year, I went to see him again. It's still a classic for many years. Zixia's love for love is particularly charming. "So she considered it an unforgettable experience in her life, working 8 hours a day. I hope not to repeat the classics, but to create classics. "

In addition to Chen Yuxi, Su Xiaobao, Zhizunbao's performer, appeared in popular plays such as "Two Horses" and "Lao She Ji Ji." Sun Wukong appeared in Wang Shanshui, who is married to "Economic Men" and "Romulus."