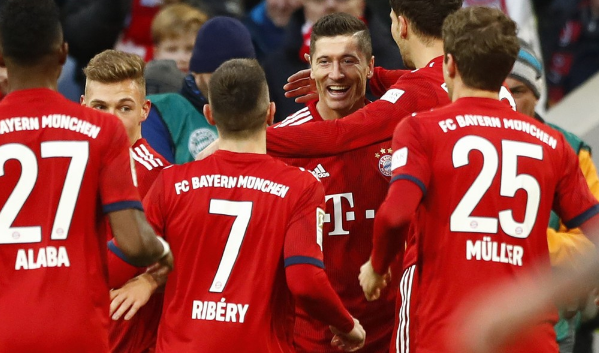 Beijing time on December 8 at 10:30, 2018-2019 Bundesliga season in the 14th round of a Bavarian Derby, champion Bayern Munich led the city Anlian Stadium 3-0 win over the newly promoted Nuremberg, the last 10 rounds of the harvest league for the first time zero win. After 9 minutes, Lewan scored. On 27 minutes, Levan added Gretzka to the crossbar to fill the empty door. At 56 minutes, Gennabur was shot and Ribery made the first goal of the season.

At 9 minutes, Bayern scored a corner followed by a Kimi kick and Lewan grabbed the ball before the goalkeeper attacked, 1-0. Bayern scored quickly. Levan scored the eighth goal of the league.

After 18 minutes, Muller were given a chance to change things around. At 24 minutes, the right side of Gnaburi's restricted area was in harmony with Muller's collision wall, number 2. The first had an altruistic ball and Lewan followed the last shot in front of the back door and kicked.

At 27 minutes, Gretzka made a cold arrow outside the restricted area. The ball hit the crossbar and Lewan followed the easy shot and got 2.-0, Lewan scored twice and the league scored 9 goals. Levante completed 50 goals in a single game in 2 goals and up in history, second only to Heynckes (51 times) and Gade Muller (87 times)..

With 40 minutes played, Levan narrowly missed the area from the penalty box. After 44 minutes, Kimihi found a free kick in the defensive position and kicked it in for the goal. At the end of the second half, Bayern took the lead with two goals.

In the second half, the two teams fought side by side: on 46 minutes, Rafinia cut the ball on the right side, Gretzka passed the ball after the pass and Lewan hit the ball with a heel, Kimihe made the goal and fought with the goalkeeper. Bottom line.in

After 56 minutes, Nuremberg Bredolov opened the scoring not so far away, Gnaburi intercepted the ball and quickly made the ball Muller scored the ball in the restricted area and then split the ball to the right. Gnabri flied to the right side of the area penalty and shot low. Block, Ribéry followed, Bredolov blocked the ball but the ball was still pierced in the net of his legs, 3-0, Ribéry scored the first goal of the season.

After 59 minutes, Alaba missed a free kick. In 62 minutes, Bayern exchanged for two, Koeman replaced Ribéry, Tiago replaced Gretzka. At 64 minutes, the right side of Nuremberg continued to cooperate with Bayern's line of defense, and Kirk lost a low kick in the restricted area. After 66 minutes, Alaba fouled Misedyan and got the first yellow card after opening. In the 75th minute, Wagner made his debut and replaced Gnabri. At 77 minutes, the high kick close to Alaba's left hand in the restricted area was slightly out of the way. After 88 minutes, the free kick by Alaba struck the wall. In the 90th, Kimi Siyi opened the middle door and hit the bottom line. In the end, Bayern beat the Bavarian Derby's 69th victory over Nuremberg 3-0.

Technical statistics of both parties 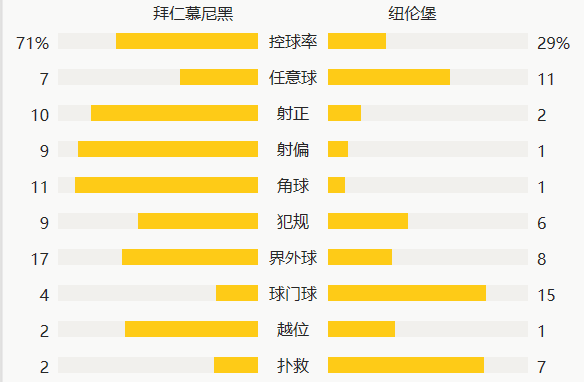 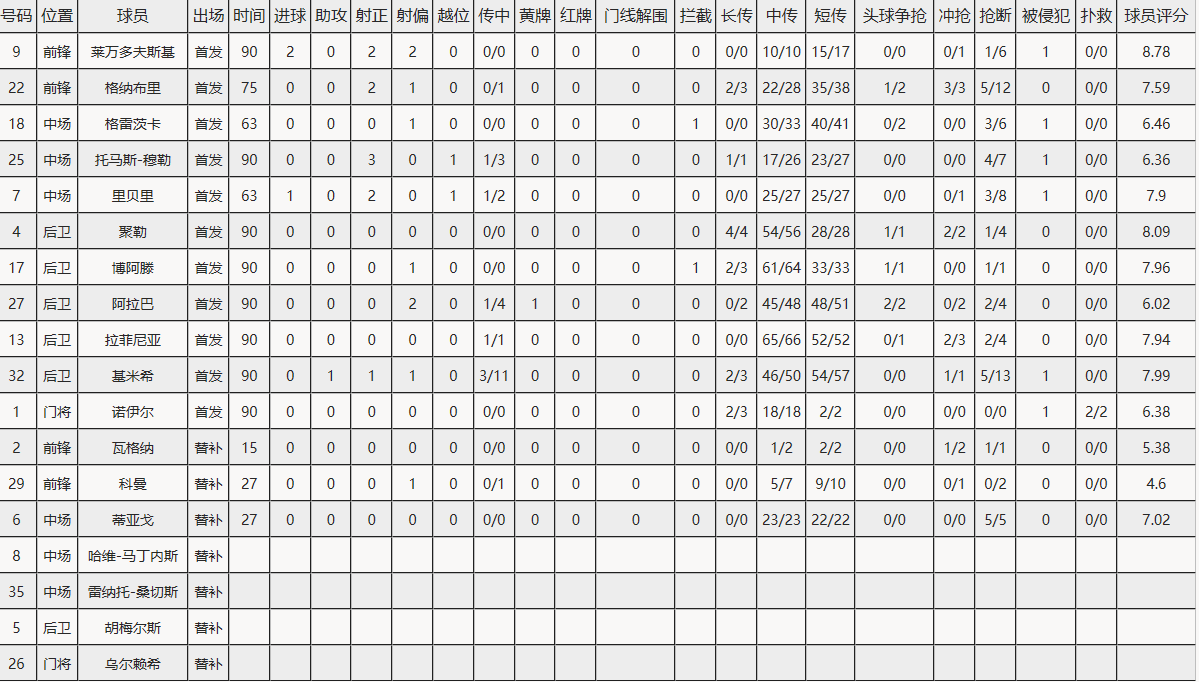