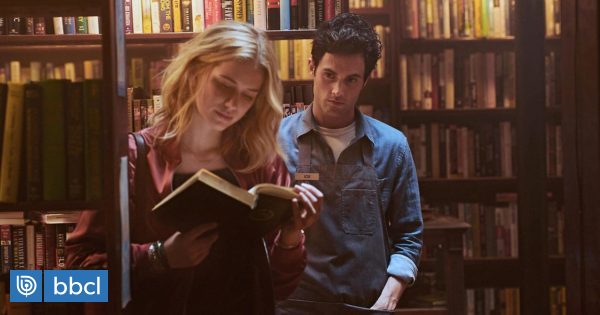 In September of last year the American chain Lifetime debuted You, a series of suspense that did not get more notoriety until arriving at Netflix, a few weeks ago.

On arrival at the platform streaming, production has become a phenomenon that has hundreds of people commenting on social networks.

The plot of production tells the story of Joe, the bookstore manager who falls in love and becomes obsessed with a client named Beck, who begins to follow and investigate until getting involved in his life, lbequeathing her and killing her.

The production is starring Elizabeth Lail (Once Upon a time) and Penn Badgley (gossip Girl) who had to leave to stop the fans of the series who did not stop praising his character, highlighting his romantic side and defending his actions for the supposed love he felt for the woman.

In social networks it is common to see the followers of the actor making comments in favor of the character. "Secuéstrame por favor", wrote a young woman who received an immediate response from the interpreter: "No thank you"

Another cybernaut wrote, "Okay, Penn Badgley was sexy playing Dan (in Gossip Girl), but Mr. Joe is another level." Again the interpreter replied dryly. "(Another level) Of problems you mean, right?" He said.

In addition, another fan once again praised the character saying "I said that, but Penn Badgley is breaking my heart again, this time as Joe. What do you have?"

This put an end to the actor's patience, which simply pointed out that the character was "A killer".

After much comment in favor of Joe, Badgley praised the message of a person who said he was afraid people were falling in love with such a figure.

"The number of people who are Romanizing Penn Badgley's character in You, scares me, "a follower of the series tweeted. "I agree! It's all the motivation I need for season two, said the artist.

Idem. It will be all the motivation I need for season 2. https://t.co/fy2hojauDG

Check out the trailer for the first season