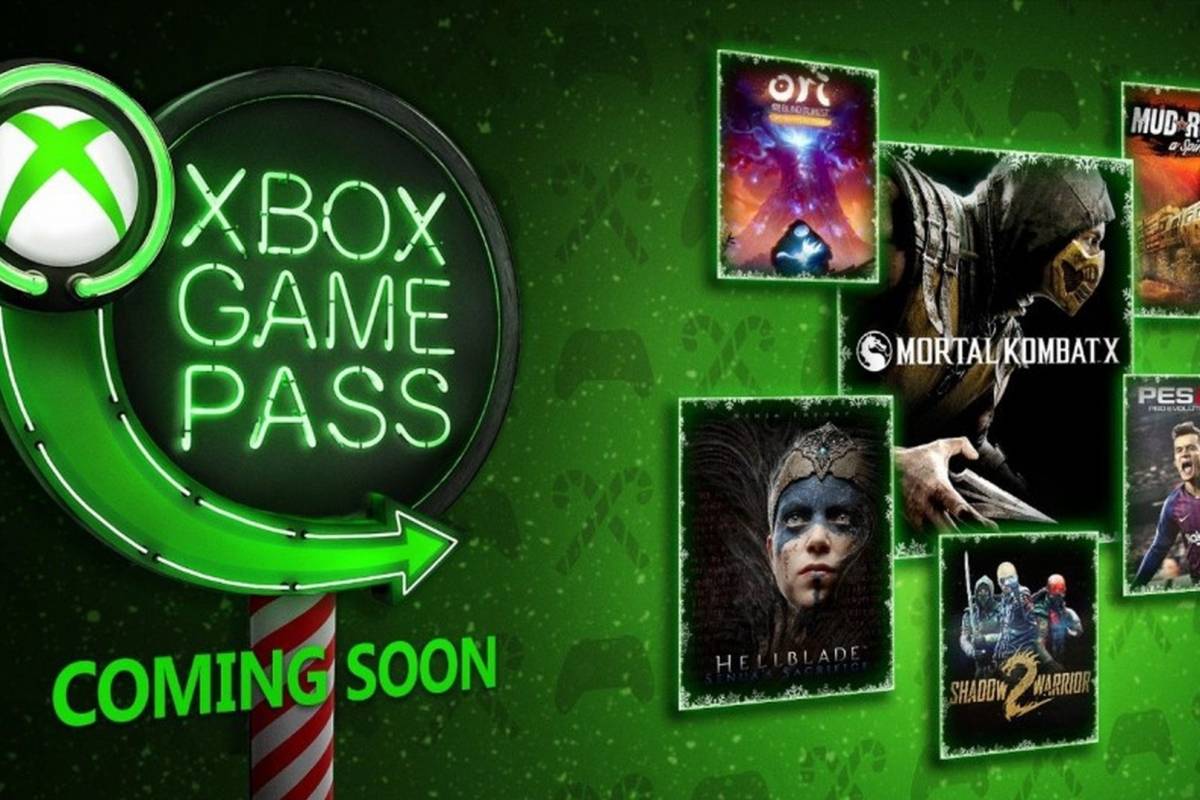 Check out the nine games that are integrated into the service this month.

Microsoft has announced the games that will be added to the Xbox Game Pass this December, where there are some quite interesting ones like Mortal Kombat X, PES 2019, Ori and Blind Forest and Hellblade: Senua's Sacrifice.

Below is the complete list of games that arrive on Xbox Game Pass, along with the date they are added and a brief description:

Travel 25 years in the future as Mortal Kombat's epic saga continues. Mortal Kombat X features a new generation of fighters (including the return of some fan favorites), a brilliant movie presentation and a character customization system that allows you to choose between special moves, attacks or weapons that will affect both the strategy and the fighting style of each character. Join your best friends to have fun with this fantastic fighting game.

The PES 2019 recreates the intensity of football with ultra-realistic recreations of the best leagues. If you are a member of the Xbox Game Pass, you will have access to all the action! And now, thanks to a recent update of the game, you will enjoy new stadiums, equipment kits and a new range of shoes and soccer balls. As a member of the Xbox Game Pass, you can compete in the upcoming PES League season, the official Konami sports competition to find and reward the best PES 2019 player.

Get ready to take control of powerful off-road vehicles in the wild lands of Siberia in Spintires: Mudrunner. Travel through muddy roads and overcome rivers or torrential obstacles with an impressive physics engine that simulates some of the most difficult environments known to man. Drive 19 fantastic vehicles and let your ingenuity and navigation skills. Customize them and play with up to three friends in multiplayer mode. Work as a team to transport wood and unlock new vehicles and maps as you go.

Blade of Hell: The Sacrifice of Senua (December 17)

From Ninja Theory, one of the developer teams that recently joined the Microsoft Studios family earlier this year, and the creators of Enslaved: Odyssey to the West and DmC: Devil May Cry, comes the brutal journey of a warrior to myth and The madness. Set in the Viking Age, a Celtic warrior embarks on a journey that will take you through a disturbing vision of Viking Hell to rescue the soul of his lover. Created in collaboration with neuroscientists and people living with psychosis, Hellblade: The Sacrifice of Senua will take you to the depths of Senua's mind.

Ori and the Blind Forest (December 20)

Often described as exquisitely beautiful and touchingly moving, the critically acclaimed title and its passionate fans since joining the Xbox One, Ori and Blind Forest has won more than 30 industry awards. This side-scrolling platform game from Moon Studios combines incredible art with soulful music, challenging gameplay and a powerful narrative in a transcendental game like this one you can not miss.

Product of one of the world's most frantic franchises and developer Wild Wild Hog, comes the best first-person combat hand-to-hand system ever created. Prepare your sharp weapons to make sashimi for your friends or create a powerful explosion with an incredible amount of fire and archaic magic to purge the world from evil. These elements give life to the strangest looter, extravagant and bloody spoiler you've ever seen. Get into the place of Lo Wang, your nice neighborhood killer ninja who is always ready to cut, cut and more … Defeat innumerable waves of monsters on your way to solve the mystery of a girl magically trapped in your head.

Oh! In case you lost, yesterday in The Game Awards we announce three more games that will be added to the catalog of games of the Xbox Game Pass. I think you'd better quit your job and play.

This is an open world cooperative RPG about a hobo looking for a home. Upon entering the kingdom of Ashen, you will find other players in an open multiplayer cooperative world. It is up to you how to deal with them if you fight them against evil by inviting them to your group or simply ignoring them.

Work with other players in the new campaign mode individually or cooperatively to build a kingdom and protect it from the threat of greed. Test new technologies, units, enemies, mounts and secrets in the next evolution of the award-winning micro-strategy franchise!

Try this terrarium full of life, mystery and death. Test your adventurous temperament in the underground labyrinths of the island. Explore a large, interconnected underworld with an astute wildlife, deadly traps and chased by a grim presence. Survive the dangers of The Depths and find out what's underneath … or at least try.

It is evident how this service has been strengthened and undoubtedly has become a very attractive product with a catalog of more than 100 games.

Well, what do you think of the additions for December 2018?