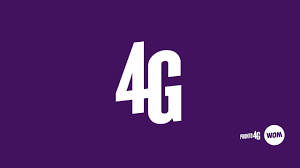 Wom announced that since Thursday he has available the 4G voice calls and calls under Wi-Fi. As the brand stands out, this advantage will increase twice the speed of calls and Will be available for plans and prepaid.

According to Las Ultimas Noticias, 4G voice technology will enable customers, who have compatible equipment, to make and receive calls through the aforementioned network, allowing better connection and high-definition audio quality.

Thus, the team will no longer go to your 3G or H + network when starting a phone call, as is often observed, and will remain in superior navigation quality.

For now, mobile phones compatible with this mode will have a "4G Voice" symbol in the upper left corner of the screen.

The company reported that, at the moment, only this call service It is available on next-generation phones and will reach an average segment in the coming weeks.

On the other hand, Iphone devices will be compatible with this call network since April 2019, due to a particular decision of the manufacturer.

Motorola, a medium-sized manufacturer, adds to this company, which is not currently compatible, although it is estimated that activation of the service will be progressive.

According to WOM, the Wi – Fi calling service will allow people to travel abroad, Make calls over the company network if you are connected to the home Internet.

It is estimated that for this system to work properly, the person should be connected to a network of 1 to 2 Mbps at least.

It should be noted that its activation will also be progressive between the various cell phones.