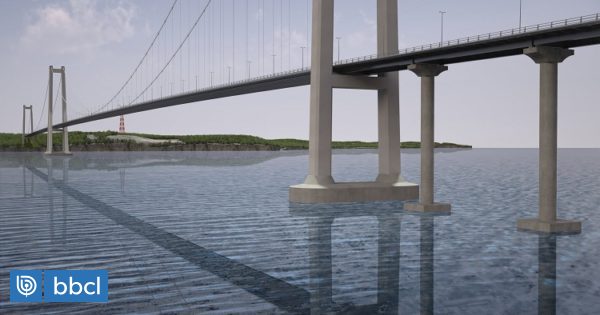 With an investigation into the ongoing social assessment process, the Directorate of Roads of the Ministry of Public Works (MOP) approved the final design of the bridge over the Chacao channel.

The "controversial" viaduct that seeks to link the archipelago of Chiloé to the mainland will have an approximate 2.5 miles.

The execution of the bridge It was announced in May 2012, in the first term of Sebastian Piñera and now his final design was approved, then it is projected that the inauguration would be in 2023.

The initiative was not exempt from controversy and objections made by opposition organizations, a new investigation that the Controller General of the Republic takes against the Ministry of Social Development.

Members of the movement "Defend Chiloé", expressed their doubts before the controlling entity, because, according to their approach, the process of social evaluation of the mega work was carried out in limited times, as stated by Álvaro Montaña.

"The process of social evaluation of the project was carried out extraordinarily fast in July 2012 and did not consider the ideal social moment in which the investment should be made," explained Montaña.

After approval of the final project, the extension of the 31-month deadline was accepted, with completion scheduled for another 5 years.

Jamez Fry, Public Works in Los Lagos, said that now it ends one of the most desired processes by the executive.

The regional secretary described the approval as an "important milestone in our administration" as it "compromises all the final stages of the bridge, with this signature the approval process of the much-desired project ends," said the MOP local authority.

Currently the construction work is centered on the central stake with 10 finished piles already finished and working at number eleven, which exceed 55 meters in length.