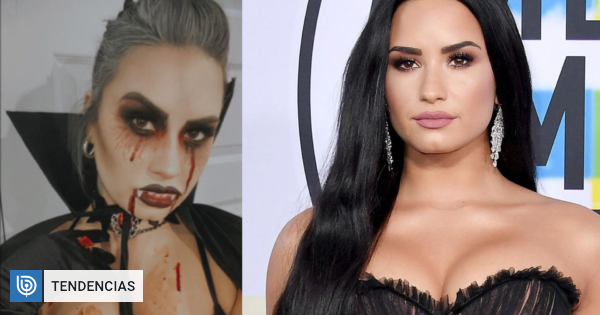 This Saturday night the expected Halloween, when those who follow the tradition dress in their scariest costumes to celebrate a new Halloween. International celebrities did not want to miss the occasion and shared several photos through the networks, which show their clothes.

One of them was American singer Demi Lovato, who published her new single just two weeks ago. Commander in chief, a song of political criticism that he later dedicated to President Donald Trump.

On Instagram, the former Disney actress commented that this was a completely different party due to the covid-19 pandemic. “This is not a normal Halloween! Anyway, that’s all for me and I am very proud of myself, ”she wrote next to the photo showing her vampire outfit and makeup.

The Venezuelan Lele Pons, however, decided to disguise Buzz Lightyear, the well-known animated character from the film Toys Story with his phrase “to infinity and beyond!”

The celebrity and model of the internet, as recorded in a video posted on the social network, wore a suit similar to a bikini in the colors of the toy and wore wings, glasses and metal boots.

Cuban-American singer Camila Cabello and Shawn Mendes interpreters of Ms, they decided to show a simple makeup on Instagram.

“Me, but defeated, and a Miami witch. The spirit of Halloween is never canceled! ”Wrote Méndez.

Meanwhile, the model Heidi Klum, known as the Queen of Halloween because every year she is surprised and manages to overcome herself, this year she published a video in which she reports her costumes with a short film published on the social network.

“Halloween is different this year, but that should not stop us from being creative at home. Stay safe, it’s scary and stay with the family, ”he commented under the images.

You can see more photos below