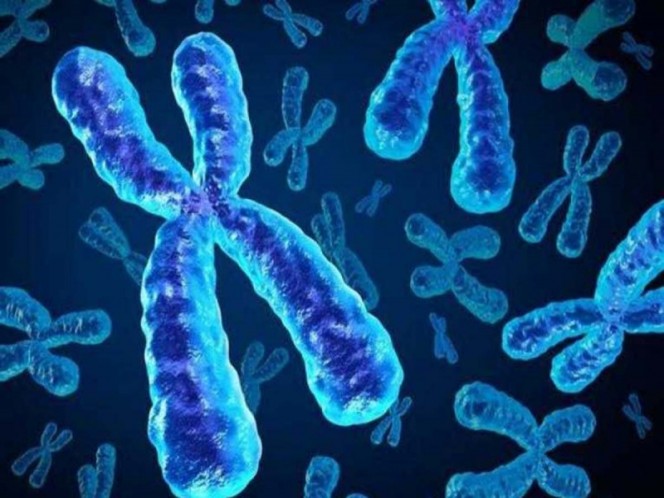 Everything indicates that scientists in U.S they found a clue that could result in revealing the & # 39;secret& # 39; gives female longevity.

a Chromosome X is possibly the "secret" for women to live longer, and it is crucial to survival, according to a study published today.

In study he was in charge of the University of California San Francisco (UCSF) and it is assigned to the second Chromosome X that women have, in relation to men, the possible cause of longevity female and other physiological advantages.

O chromosome And man has few brain genes and is not essential for survive, the study noted.

Based on experiments with mice, the scientists analyzed the effects on mammals females having two chromosomes X, compared to males that only have one and another Y.

Unlike the biological wealth provided by the female X chromosome, the male Y "contains only a few genes different from those that create secondary sexual characteristics such as male genitalia and facial hair, and is not necessary for survival," the publication says. .

We have long thought about what causes female longevity, "said researcher Dena Dubal, assistant professor of neurology at UCSF and lead author of the study, published today in the scientific journal Aging Cell.

We can imagine that nature has led females to evolve in this way. When you live longer, you can ensure the well-being of your children and possibly your descendants, "Dubal said.

The researchers compared mice in laboratory with four different combinations of chromosomes and gonads (male or female gamete forming organ), the two found in nature -XX in ovaries and XY in testicles– and two other servants in the laboratory.

When manipulating a gene, the combinations originated the XX chromosomes implanted in the testes and the XY chromosomes in the ovaries.

The mice were genetically identical, except for the sex chromosomes, but everything else, including the environment, was the same, "the study said.

The longer life span was achieved in rats with chromosomes XX in her ovaries, which surpassed the average life of 21 months and reached 30 months.

O genes XX implanted in gonads prevented the premature death of the animals, but only prolonged its life in one or two months.

For a longer shelf life, rats need to have ovaries with two chromosomes XX, according to the natural order, "summarized Iryna Lobach, teacher assistant of epidemiology and biostatistics of UCSF and co-author of the report.