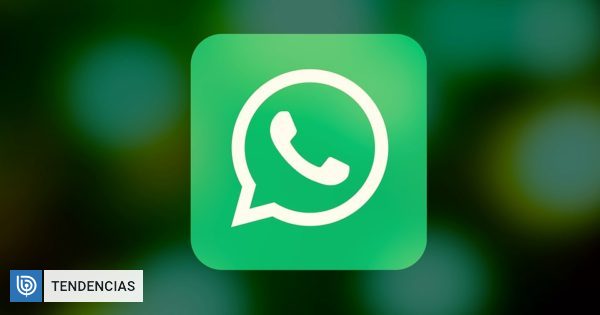 Specialized media reported on Wednesday that the company Whatsapp enter a update that will prevent the generation of screenshots of conversations via chat.

According to the technology filtering site WABetaInfo, the update should arrive in in the coming weeks for phones that use the Android system, while IOS should wait a little longer.

According to the specifications of said medium, the screen saver must be activated when the user adds their fingerprint to the application.

Today, WhatsApp is developing a new feature for Android: preventing screenshots in YOUR conversations from being * YOU * – yes, you're preventing yourself from taking screenshots – if the authentication feature is enabled. I do not feel! (I.e.
I hope they remove this feature before activating it. https://t.co/Bmd9GGPAGL

Specifically, this would be a new measure of WhatsApp to safeguard the security of all the conversations that occur in the tool. For the moment, the concept that is treated is "Protection from other people's screens".

For now, it is not known for sure if this feature can be integrated with the versions that the application has for desktop computers, tablets and notebooks; although it is not strange to see him in the future.

In another respect, the company confirmed that in the short term it will add two separate guides, one of which will be exclusively for the emoji available, while the second will store the stickers

For this it is added that the stickers they will be grouped into different categories to make it easier for users to search when they want to use them in a conversation.

According to WABetaInfo estimates, this WhatsApp update should be available for phones in Latin America from the month of May.