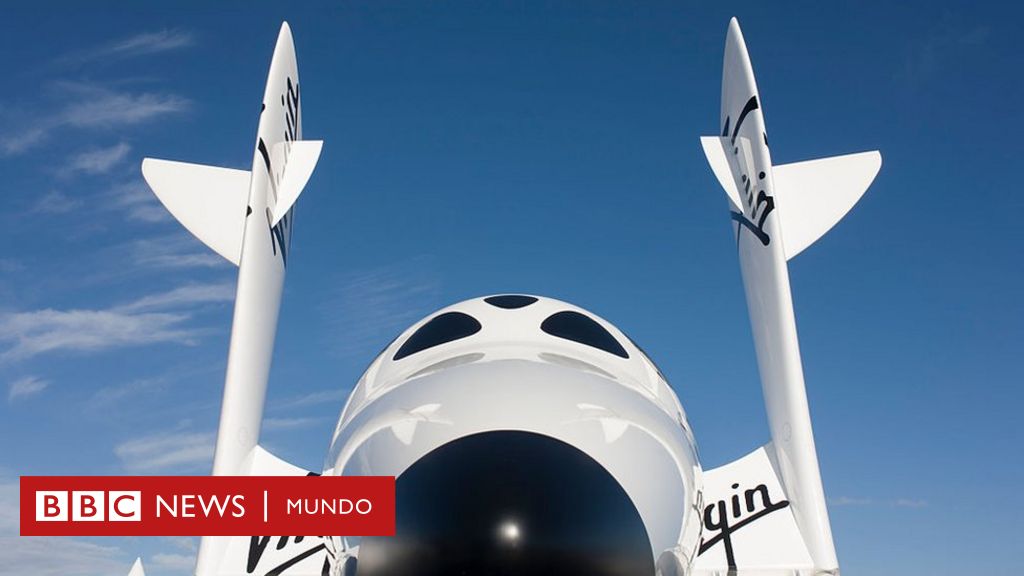 Where does space begin?

The answer, though you might think it's going to be simple, actually It depends Who are you asking?

And the exciting competition from companies such as Elon Musk's SpaceX, Jeff Bezos's Blue Origin, and Richard Branson's Virgin Galactic to dominate the space flight market has revived to debate about exactly what it means to get to space.

They ensure that this would turn it into a space flight … is this true?

"Any specific definition is arbitrationairia"says Phil Stooke, professor of planetary sciences at Western University in Canada, for BBC World.

But although there is no consensus, there are some "traditions"as Alex Ellery, a space technology professor at Carleton University in Canada, calls them to guide the answer.

According to the National Oceanic and Atmospheric Administration of the United States. (NOAA), "there is no definitive duty to establish where national airspace really ends and where outer space begins. "

As a reference, the maximum altitude which hit a plane is close to 37 km.

Above, the atmosphere begins to turn very thin so that a conventional plane can fly. The air generates less momentum, then ships need to reach much higher speeds.

Satellites that orbit the Earth are located after 200 km, otherwise they could not last long.

Further down, the atmosphere is still very dense and a " drag"It would pull them back to the surface.

For long-term missions, satellites must go a long way higher. The Hubble Space Telescope, for example, is almost 600 km high.

One of the most accepted limits to mark the beginning of space is the call Line in Karman, 100 km above sea level.

The Karman line is taken as a reference by the International Federation of Aeronautics (FAI), an organization that establishes international standards in aeronautics and astronautics

From that time on you can no longer fly conventionally (with the support of wings or propellers) and you have to orbit not to fall.

"Most people would argue that the Karman Line would constitute the legal division in the event of a litigation," Ellery told BBC World.

"However, there is no statute on this."

Other institutions, such as the US Air Force and NASA put the stem download.

For them, the space begins to 80 km height, ie 20 km below the Karman Line.

Under these conditions, the Virgin Galactic flight plan qualifies as a space

"Somewhere between 50 km and 200 km there is an area where you can not fly (conventionally) and you can not orbit (like a satellite or a spaceship)," explains Stooke.

"O border of space is somewhere between these points. "

Another way of defining what it means to arrive at space is to establish the point at which atmosphere from the earth.

In that case, you would have to go up to O 10.000 km which some authors attribute to the exosphere.

Under this definition, as explained by NOOA, the International Space Station that is 400 km away, or a space shuttle that orbits more than 300 km, would not be considered space.

"Basically, being in space means being in a empty above the atmosphere, "says Jeffrey Hoffman, a professor of aerospace engineering at the Massachusetts Institute of Technology.

"However, even in Orbital Altitudes of several hundred kilometers, there is still a very fine atmosphere. "

Thus, while experts agree on where to locate the space border, engineers and pilots are still working in a hurry to reach this limit … no matter how far they say.

You can now receive notifications from BBC News World. Download our application and activate it so as not to lose our best content.